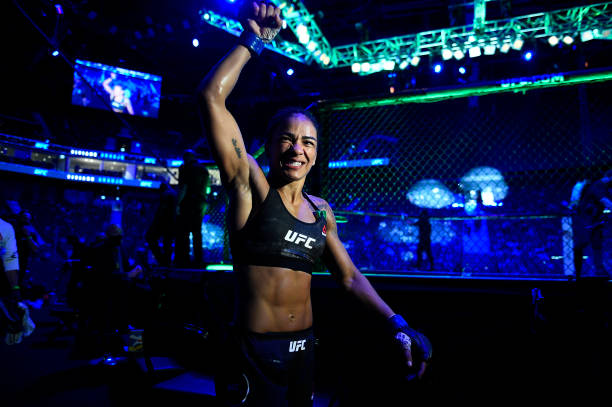 At the midway point of this weekend’s UFC 262 card in Houston, #7 ranked women’s flyweight Viviane Araujo has a golden opportunity to do what Cynthia Calvillo (#5) couldn’t late last year – produce a statement display and beat former title challenger Katlyn Chookagian (#2), putting her one step closer to a future title shot against dominant champion Valentina Shevchenko. 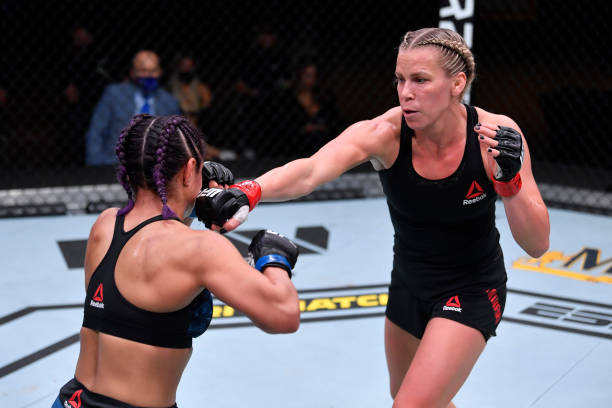 Chookagian controlled the distance well against Calvillo, outstriking her 69-60 over 15 minutes

Chookagian took offence to being a pre-fight underdog in the most recent matchup, an acid test vs. Calvillo – just five weeks after Jessica Andrade flattened her with a R1 TKO to earn a title shot.

She was right to: tying Gillian Robertson and Shevchenko for most wins in the division’s history (6), a record that has now been surpassed after Valentina’s dominant title defence last month.

At the time of Chookagian’s unanimous decision win over Calvillo, I wrote:

Katlyn’s left hand continued connecting all night as Calvillo’s face was red, then bloodied and cut from being jabbed to perfection at range.

It was almost as if she didn’t see, nor take notes, from Andrade’s astute tactics last month when facing a much taller woman in Chookagian.

Perhaps what made it worse was that Calvillo was under no illusions about the size of her upcoming task, apologised to her corner in-between rounds for being gun-shy, yet failed to establish any sustained attack and couldn’t nullify Chookagian’s distance management.

She lost via UD (29-28 x 3) to Jessica Eye at UFC 245 – her only real top-level opponent – and while her post-pandemic activity is commendable, Roxanne Modafferi (#9) isn’t exactly the best barometer of flyweight title contention. Chookagian however, is as close a test as you’d envisage.

The 32-year-old has beaten four of the top seven contenders, including Lauren Murphy (#3), a wily veteran enjoying a four-fight win streak and appears Shevchenko’s likely next 125lb challenger later this year, provided she beats Joanne Calderwood (#6) at UFC 263 next month. 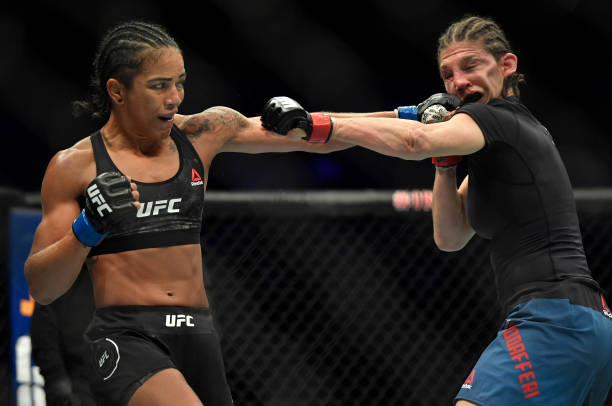 Araujo, who began her career as a strawweight, has three decision wins since a R3 KO vs. Talita Bernardo two years ago this month. At 34 though, she doesn’t have much time left in her prime.

During an interview done in Portuguese, she was quoted as saying:

“I’m very focused on my next bout, it’s super important to me – an excellent opportunity to continue climbing up the [flyweight] rankings. I want to show how complete a fighter I am and that I’m here to stay.

Katlyn is great at using her reach and keeping distance. She prefers to win by points through her striking, doesn’t normally try to get a finish. I’ll be very aggressive and have no intent on letting it go to the judges.”

As a black belt in jiu-jitsu, Araujo also said she’s putting emphasis on her “secret weapon” wrestling skills so will be comfortable taking the fight down to the ground if the chance arises.

“I haven’t had a chance to show my jiu-jitsu in the UFC yet. I hope to be able to demonstrate the quality of my ground technique, while working on my boxing – I know I have heavy hands. Katlyn’s reach makes it hard for her opponents to touch her, but we’re working on that and expect to be victorious.”

There’s not long to go before we see whether Araujo’s gameplan pays off, or whether Chookagian can put the brakes on another rising contender looking to bypass her again.

Saturday’s UFC 262 card, is as follows 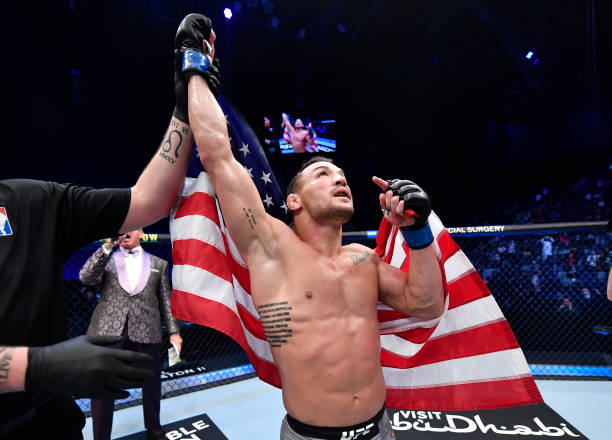 Will Chandler claim lightweight gold in only his second UFC appearance this weekend?

As always, the fight card remains subject to change