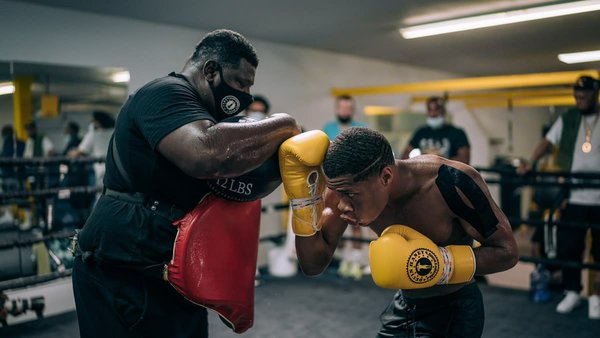 Haney (25-0, 18 KOs) has been criticised for undercooked displays in the past, but faces a credible former multiple-division world champion next and there’s plenty to navigate.

Linares, who notably lost his lightweight titles via a R10 TKO defeat by Vasiliy Lomachenko three years ago this month, has strung together successive wins since losing to Mexico’s Pablo Cesar Cano in Jan. 2019.

Although he’s now 35, the Venezuelan (47-5, 29 KOs) presents an acid test for Haney, who many are unsure about, as far as his credentials atop the 130lb division is concerned.

During a recent interview, Haney praised his eight-week training camp, spoke about why this fight means so much while looking forward to facing the other young guns in what is proving a compelling division now.

“It’s been a great eight-week camp. I started in Las Vegas, got some light sparring, then travelled to the Bay Area. I spent three weeks training with Victor Conte and Remi Korchemny at SNAC. The remaining weeks, I’ve been in Las Vegas, getting great sparring work with local pros that have been pushing me hard. I’m ready! The world will see, I’m the best fighter on the planet.”

On Linares’ pedigree, as well as a shoutout for his dad and trainer Bill:

“He’s a great fighter that has a lot left in the tank. Held multiple world championships in three weight classes and by far the biggest step up in my career. I give my dad Bill, a lot of credit, we know exactly what it takes to get this done on May 29th. My skills are on another level, I’ll make the necessary adjustments, wear him down and completely dominate this fight.

This is the biggest fight of my career. A victory against Linares should gain me a lot of respect. Everyone knows he’s dangerous fighter and winning this gives more reasons to all of the writers, fans, and boxing insiders, to campaign the unification fight with Teófimo López, or at the very least, a world title defense against Ryan Garcia. I’m putting the pressure on them.”

Teofimo Lopez makes the first defence of his unified titles against IBF mandatory George Kambosos Jr on June 19, while WBC interim titlist Ryan Garcia pulled out of a scheduled bout vs. Javier Fortuna last month citing the need to manage his health and well-being.

Haney said he was thrilled to fight in-front of his family and friends in Las Vegas, so that’ll add another element as he looks to produce a stylistic victory at the end of this month.

While there are concerns over Haney’s punching power against the best, the big question ahead of this matchup is: what does Linares still have in the tank?