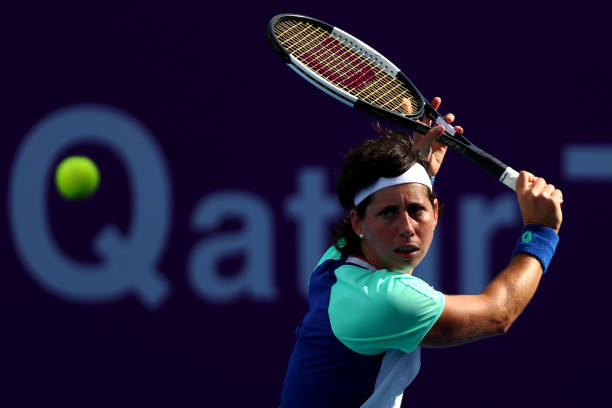 Former world number six Carla Suarez Navarro (#118) has today revealed she will make her comeback in the Roland Garros main draw next week – thus reversing the difficult decision to retire last year, having been diagnosed with early stage Hodgkin lymphoma in September. 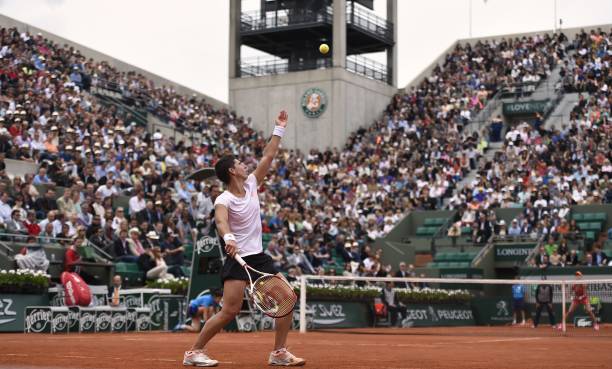 Carla serving during her joint-best French Open run (2014), where she lost in the quarter-finals to Eugenie Bouchard. The pair are now alongside one another in the rankings, just outside the top 100.

After announcing last month she was cancer-free following chemotherapy, the Spaniard is preparing for a miraculous return to the court in Paris next week.

Another step forward. Today I finished my treatment and overcame Hodgkin lymphoma.

Thanks to all for your warm messages. Every word of support gave me strength during the past few months. ❤️

All my gratitude to healthcare professionals who take care of us every day. I'M CURED! pic.twitter.com/kF3HwHPh0y

The main draw begins on Sunday and the 32-year-old confirmed she’d be competing in the year’s second Grand Slam, having missed three consecutive Slams for the first time in her career.

During a statement, she said:

“I am terribly excited to be able to participate in Roland Garros. I have been working these last few months to give myself the opportunity to compete one last time in Paris. I’m looking forward to jumping onto the court, feeling again how special this tournament has always been for me.

Tennis has given me many things, I always wanted to say goodbye on the court. My first great result was produced on these tracks, have very good memories after all these years and it’s a joy to compete for the last time.”

Two of her seven Grand Slam quarter-final runs have taken place in Paris, including when she burst onto the scene in 2008 as a teenager, having emerged through qualifying before beating the likes of Amelie Mauresmo (#22) and Flavia Pennetta (#26) en route to the last-eight.

Her most recent match was a three-set loss (4-6, 6-3, 6-0) to Petra Kvitova (world no.12) in Doha, a month before the COVID-19 pandemic halted everything, including sport, worldwide.

Having said she’d be retiring from tennis to focus on her health, she wants the career end to be on her own terms with an appearance in Paris while also eyeing the rearranged Tokyo Olympics.

She’s been quietly working away physically, and next week – win or lose – she’ll be rightly showered with a hero’s welcome in France as the tail end of her career is back in her hands now.