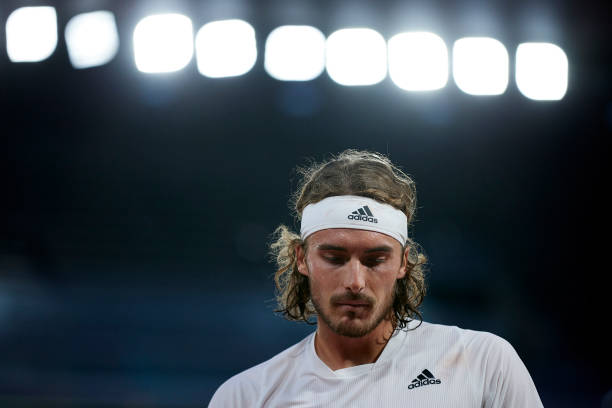 Armed with 33 winners and almost half the unforced error count to boot, Stefanos Tsitsipas (#5) avenged his humbling straight sets defeat four months ago in Melbourne with a gritty 6-3, 7-6, 7-5 win over the world number two – progressing into a third successive Grand Slam semi-final. 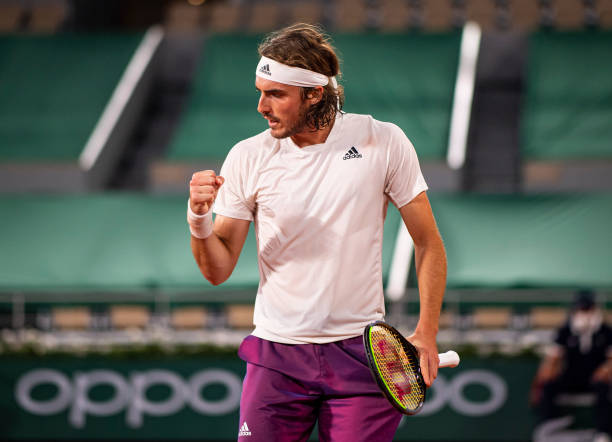 Tsitsipas started well and raced ahead, but Medvedev kept things delicately poised in the second set

Medvedev had won six of their seven previous H2H meetings heading into this clash, including the aforementioned Australian Open semi-final.

Admittedly, the manner of that comprehensive win has a Rafael Nadal-infused asterisk attached, but Tsitsipas still came into this matchup with a problem to solve against a determined top-5 player enjoying an unexpected run – even if he had been surging of late too.

READ: My piece back on June 4 – Has Daniil Medvedev finally cracked his clay curse?

That’s why, considering the history and a genuinely competitive rivalry between them, Tsitsipas’ display was eye-opening – even given Medvedev’s clay struggles.

He thrived early on, racing to a 4-1 first set lead. He dug deep as Daniil made adjustments in the second, winning longer rallies and breaking back at 3-3, having previously lost a game on serve.

Tsitsipas saved two set points and eventually won the second set in a tiebreak where, again, he was quickly in control with a 3-0 lead.

Then in the third set, the pair saved a combined six break points – Tsitsipas (4) again prevailed in the tighter moments, though it was close and tougher than perhaps the scoreline suggested.

It was rather emphasised by his proactive play in the match’s final game: winning five straight points, including successive unanswered net approach shots before firing a passing backhand winner to deftly swat away Medvedev’s underarm serve with aplomb. The celebration said it all.

“I had to elevate my game throughout, felt like I was playing really good, not giving him any space and it was one of my best [performances] this week, I’m really happy with that here on clay.

The difference was, in the last game, being down love-40 on his serve, coming back and winning it… it was the most important game of the match.

Trying to stay in there mentally, didn’t give up when I could’ve easily put my mind on [playing another] tiebreak, it was really difficult but I overcame it.”

Looking ahead to the Zverev challenge 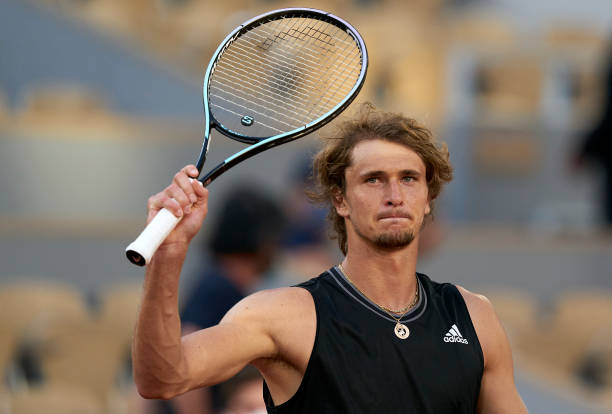 After a much more comfortable win (6-4, 6-1, 6-1 in 1hr 38 mins) vs. plucky Spaniard Alejandro Davidovich Fokina, Germany’s Alexander Zverev (#6) will face him next on Friday afternoon for an opportunity to earn what would be his first Grand Slam Final in 15 main draw entries.

Having lost in five sets to beaten finalist Novak Djokovic in October, it’s important to note there’s no repeat of the route that would’ve pitted the 22-year-old vs. both he and defending champion Rafael Nadal – had he managed to outlast the world number one in Paris last year.

Instead, he has worked away quietly on his craft in a side of the draw without any of the Big Three – wins over John Isner and Pablo Carreno-Busta are not to be sniffed at, for example.

They’ve helped him develop the requisite Slam seasoning he needed, as well as a deceptively comfortable-looking second-round win over Carreno-Busta’s compatriot Pedro Martinez.

Zverev won their first and most recent H2H meetings, but is currently 2-5 against the Greek – having overcome a slow start to beat him 6-4, 7-6 in the Acapulco final on March 21:

That was best-of-three sets format, not best of five, so it’ll be interesting to see whether Zverev can finally banish his flat-track bully moniker against another of the younger gen contenders.