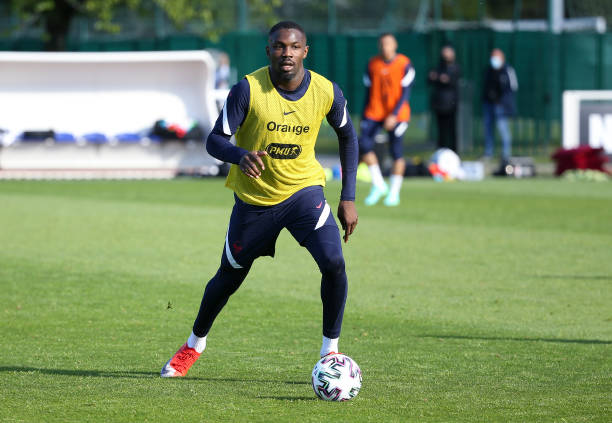 Per today’s reports, Tottenham are leading the race to sign Borussia Monchengladbach forward Marcus Thuram – currently in Didier Deschamps’ Euro 2020 squad with France. The versatile 23-year-old, who has two successful Bundesliga seasons under his belt, has admirers aplenty. 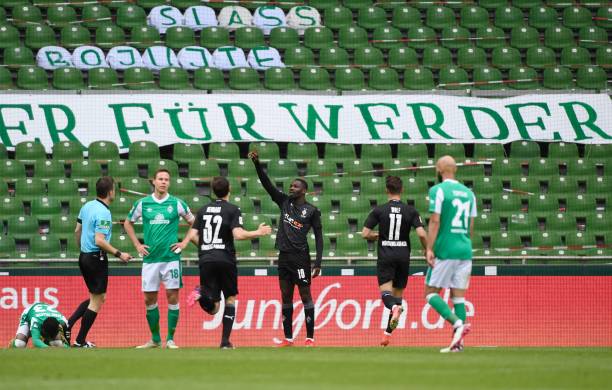 Thuram scored on the final day of the Bundesliga campaign last month, in a 4-2 win over Bremen

After scoring 11 goals and creating 12 more in 40 appearances across all competitions this past season, Thuram was justifiably rewarded with a berth in Deschamps’ France squad this summer – something which is easier said than done – just ask Karim Benzema and Anthony Martial.

Having made his international debut during a friendly defeat by Finland in November last year, he featured twice more during their Nations League victories over Portugal and Sweden.

Thuram, who predominantly operates as a left winger but can also play a centre-forward role or on the right, didn’t have his stock fall after an even more impressive campaign in 2019-20.

He didn’t look out of place against better opposition, namely Serie A champions Inter Milan and Champions League semi-finalists Real Madrid in what was rightly described the Group of Death. 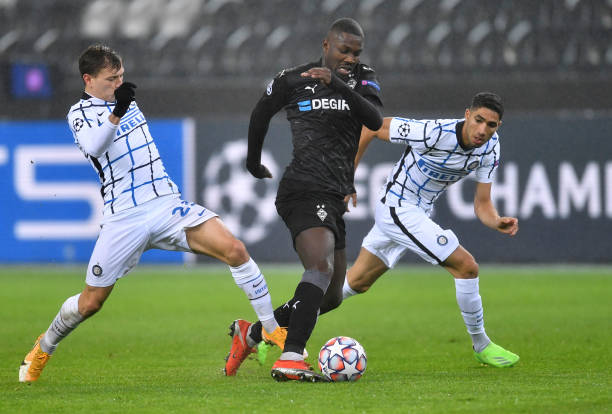 Having struggled with a knee injury sustained in February, he could only manage a bit-part role in their 4-0 (aggregate) defeat by the eventually beaten finalists Manchester City.

Subsequently not called up for the World Cup qualifiers in March, he was named part of their squad but is yet to feature after two 3-0 friendly wins vs. Wales (June 2) and Bulgaria (June 8).

Thuram was listed in ESPN’s feature this week on the top young players to watch at Euro 2020, though it’ll be interesting to see whether he does play a prominent enough role or not. If he does, that could easily raise his market value – if a transfer fee hasn’t already been agreed.

Who else wants him? why tottenham? 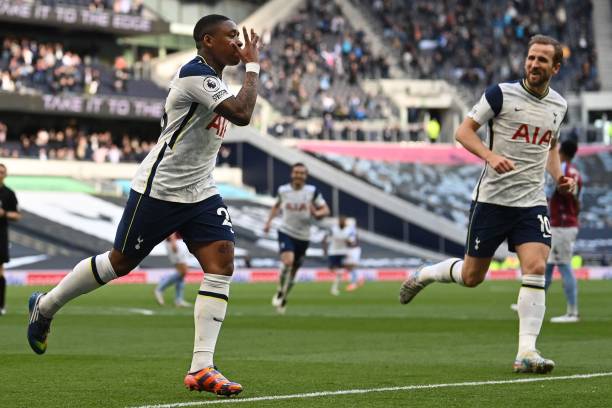 Bergwijn has struggled for regular consistency, while Harry Kane has made clear his desire to leave

While RMC Sport suggest Thuram’s departure is inevitable and that Tottenham have already begun holding accelerated talks with him, other teams continue to monitor the situation.

Among them is Juventus and Barcelona, two clubs where famous father and former centre-back Lilian plied his trade between 2001-2008.

Juve are embracing themselves for a summer packed with change, as talisman Cristiano Ronaldo and former Arsenal midfielder Aaron Ramsey among those linked with the exit door in a reshuffle after head coach Andrea Pirlo was relieved of his managerial duties last month.

Barcelona find themselves in a similar position as they look to strengthen across all areas, albeit a self-inflicted one after years of struggles in the transfer market.

Manchester City were also linked as an option late last year but Tottenham would provide a platform for regular first-team football, something none of the aforementioned trio could.

Dutch international Steven Bergwijn has been inconsistent since joining from PSV in January 2020, while Gareth Bale will return to Real Madrid after a patchy loan spell this past season.

Lucas Moura (28) and Erik Lamela (29) aren’t true improvements, while former Leeds midfielder Jack Clarke (20) signed in 2019 but has largely been out on-loan since the move was agreed.

Simply put, Tottenham are desperately in need of a player who could emulate Heung-Min Son’s long-term impact in the final third – admittedly easier said than done. Thuram could do just that.