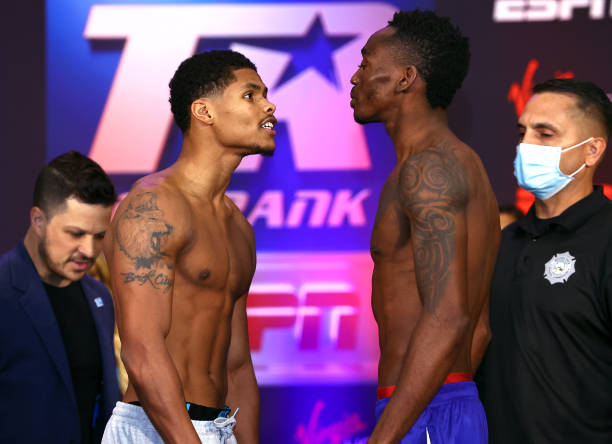 Ahead of his fight against Jeremiah Nakathila (21-1, 17 KOs) tonight with the vacant WBO interim super-featherweight world title on the line, Shakur Stevenson (15-0, 8 KOs) has made no mistake about his future intentions – which directly impact Jamel Herring and Oscar Valdez.

wbc champion Valdez, not Herring, is who Stevenson wants next 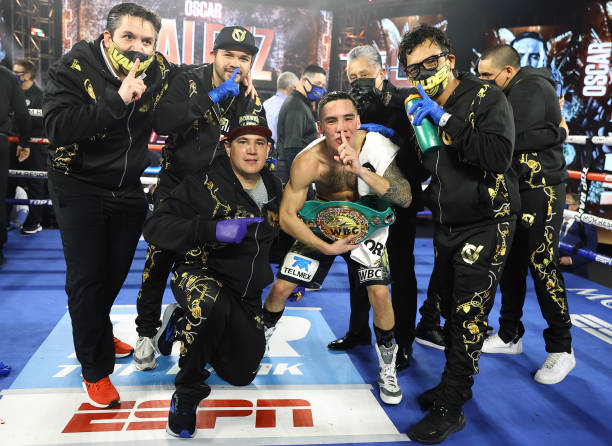 As I wrote on fight night back in early April, Herring’s impressive title defence against Carl Frampton only reaffirmed Stevenson’s insistence on fighting for the belt next – whether it was against the impressive veteran or newly vacated against another highly-ranked challenger.

Stevenson, an overwhelming pre-fight favourite to beat Nakathila later tonight in Las Vegas (estimated ringwalks at 3am BST), believes it’ll be Herring next after all.

The winner will be Herring’s mandatory challenger, with the 35-year-old still to decide what he does next. Shakur didn’t mince words on how that matchup would play out, neither.

“I think it’s gonna be a massacre, I’ve been in the ring with Jamel before, he knows what it is. I like him, he’s somebody not supposed to be where he at.

But at the end of the day, I think I’m gonna torture him. There’s levels to this. Jamel been in the gym with me, in the ring with me, knows how good and special I am. He gonna see if he do end up having no choice but to fight me.” 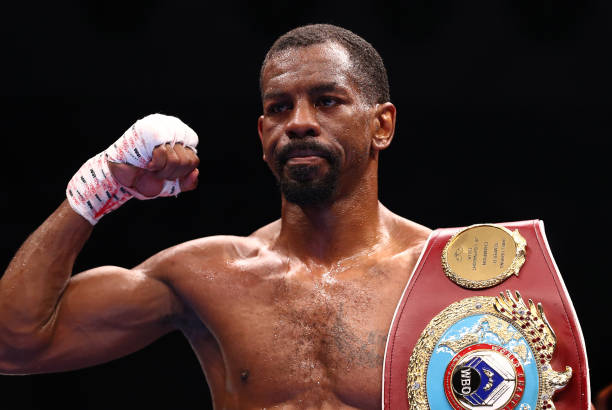 Herring (23-2, 11 KOs) will watch Stevenson-Nakathila ringside tonight and also had his own to say about the way proceedings have shaped out, admitting the trip may have gone from a scouting mission to a “business trip”, insisting talks need to be had between him and Bob Arum.

“It’s a bit hard to take this scouting trp seriously after recent comments. I’ve seen Shakur say that I’m not the fight he wants – I’m old with two losses. ]

That tells me there’s a high possibility that this fight won’t take place, not to mention in that same interview he went on record expressing his interest in fighting Valdez next.

There’s no bad blood between him and I, Valdez is the top dog in the division… at the end of the day I can only focus on me, can’t force fights to happen.”

Herring and Stevenson are friends with the latter previously saying he didn’t want them to fight if it could be avoided, but the ball remained in Jamel’s court – go up in weight or defend it again.

He has now confirmed he’ll stay at 130lbs, rather than go up to lightweight, as his goal is to eventually become the division’s lineal champion.

Should he not get Valdez or Stevenson next, he’s willing to face Venezuela’s Roger Gutierrez (25-3-1, 20 KOs), currently the WBA regular super-featherweight holder – top titlist Gervonta Davis is moving up in weight to face unbeaten WBA regular light-welterweight champion Mario Barrios.

“I’ll be willing to sit at the table with [Gutierrez’s] team and Golden Boy Promotions to make a unification matchup, if [the] Stevenson or Valdez fight isn’t next. I’ve never had the easy road but I’m still the same fighter willing to fight the toughest challenges to make my mark.”