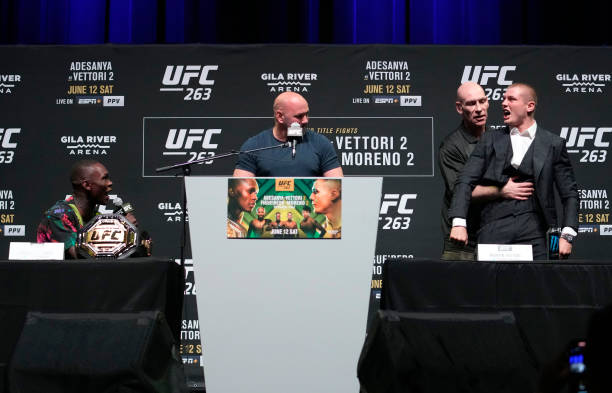 38 months after suffering a split decision loss to the now-reigning 185-lb champion, the #3 ranked middleweight has been granted an unexpected but nonetheless golden opportunity to exact his revenge – but another defeat in Arizona could be catastrophic for his future title hopes. 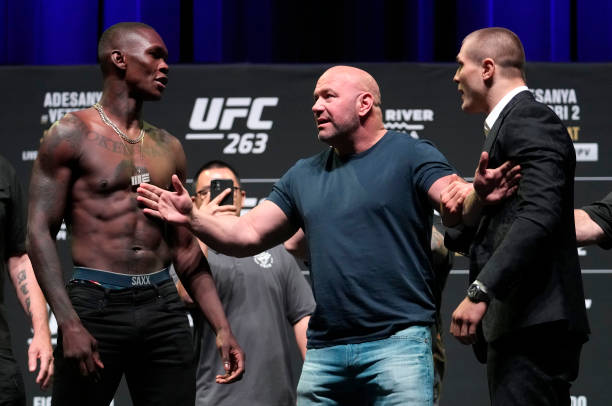 With former champ Robert Whittaker unwilling to compromise on the June 12 date, Vettori has an accelerated title chance

As Julianna Pena’s successful pursuit of two-division champion Amanda Nunes can attest, bad blood and any possibility of a heated rivalry sells big in an industry as fast-growing as this.

It was the latter’s fourth UFC fight, having gone 1-1-1 in the first three – while Adesanya was still unbeaten after 12 fights, having earned a Performance of the Night bonus on his promotional debut against Rob Wilkinson two months prior.

Plenty has gone on in their respective careers in the three years since, so much so that they’ve overshadowed a long-awaited flyweight rematch between Deiveson Figueiredo and Brandon Moreno on relatively short notice.

This is the main event headliner and it also feels apt that, given the circumstances, they do battle in the same Gila River Arena where their contentious first bout was held – Glendale, Arizona.

It’s contentious because one of the judges gave Vettori a 29-28 win, while two others scored it 29-28 for Adesanya.

While the Italian took a 15-month hiatus between fights but has since built up a five-fight winning streak – three post-lockdown – Adesanya surged to the top of the middleweight game.

He ended Whittaker’s title reign three months after Vettori’s return and after a competitive matchup between the pair not so long ago, you can understand why he feels a little aggrieved.

Maybe he’d have been receiving that same star-studded push, had one of the other two judges scored the contest in his favour. Or had scheduled opponent injuries not hurt his relative level of top-ranked competition. But alas, as is headlined in the title, talk is cheap. You must back it up.

he dared to be great, but now Adesanya returns to his division 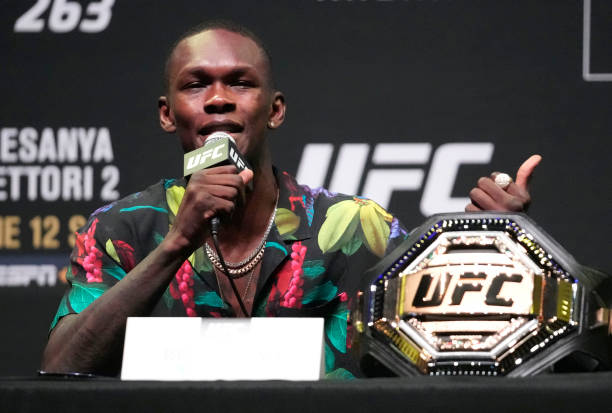 It helps that Adesanya’s aura of invincibility is no longer present, as Jan Blachowicz astutely chipped away at it in mid-March to retain his light-heavyweight strap when many expected more history to be made.

Although, you could also argue the only reason why he stepped up in weight – perhaps prematurely in hindsight – was because he’s already wiped out the best divisional contenders in sight and wanted bigger challenges.

#2 ranked Paulo Costa was thoroughly outclassed by Adesanya last September, while Jared Cannonier (#4) was supposedly next in line for a title shot had he beaten Whittaker at UFC 254 the following month – that didn’t happen as he lost a competitive scrap and hasn’t fought since.

Derek Brunson (#5) has won four straight but suffered a first-round TKO defeat by Adesanya in November 2018, while Darren Till (#7) is 1-3 in his last four fights with two injury withdrawals.

Jack Hermansson (#6) always appears one or two wins away from a number one contender bout, while questions are beginning to surface with more intensity surrounding #9 ranked Kelvin Gastelum’s ability to truly match up against the division’s best as he once did.

He’ll face Cannonier later this summer as a Costa replacement, so perhaps the answer to that question will become clearer after August 21.

A handful of rematches are on the table for Izzy, not least an ever-improving Whittaker later this year, should he successfully defend his strap for the third time tonight. But for Vettori, he knows there’s perhaps no better time to seize his moment and shake up the middleweight landscape.