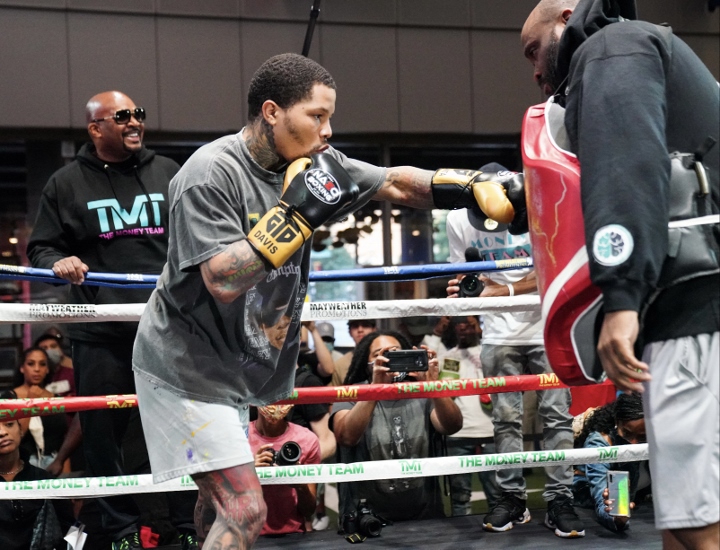 Saturday night presents Gervonta Davis’ biggest test yet, as the two-division world champion goes up two weight divisions looking to seize Mario Barrios’ WBA (Regular) super-lightweight title at 140lbs. Considering the lightweight logjam that stalled his first appearance of 2021 until the final week of June, Tank can’t afford to falter with a lot more eyes on him this weekend.

Bitten off more than he can chew? Barrios believes so 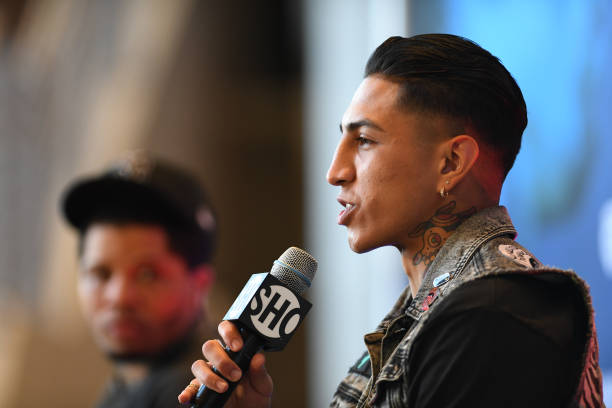 Davis (24-0, 23 KOs) was linked with multiple top lightweights, including Ryan Garcia and WBC champion Devin Haney, before realising a matchup with them wasn’t likely to happen next.

It’s why he made the bold decision to challenge Barrios (26-0, 17 KOs), in a PPV bout first reportedly early March. It’s still surprising because, Davis is moving up to uncharted waters.

“It’s a huge opportunity for me, no matter how anyone feels about Tank, the fact is he’s one of the sport’s biggest names. A fight that’s going to skyrocket my career. Seeing my name about to headline a Showtime PPV, that’s a dream come true. It’s something I dreamed about as a kid and now it’s here.”

Eight months ago, the pair earned sixth-round knockout wins on the same card at the Alamodome – Barrios’ hometown of San Antonio, Texas.

Barrios made the first defence of his super-lightweight strap, blasting past Ryan Karl on the undercard. Then a few hours later, Davis flattened previously unbeaten Leo Santa Cruz with an uppercut winning KO of the Year honours from yours truly. LSC too was going up in weight…

“He might’ve bit off more than he can chew, everything will play out once both of us step into the ring.

He’s going to be in there with a full blown junior-welterweight, not someone past their prime, or coming up in weight, someone who’s been at 140… just as dangerous as he is, but two weight classes higher than what he’s used to.”

Barrios has already revealed he wants to catapult himself into a clash with recently undisputed 140-lb champion Josh Taylor (18-0, 13 KOs), knowing a victory this weekend in the biggest spot yet would do a lot as far as boosting his chances of achieving that goal before long.

Davis is under no illusions that this test is, at least on paper, one of his greatest to date – even if it’s not going down the conventional route. Barrios, trained by Joshua Buatsi’s new head coach Virgil Hunter, should be awkward and will utilise those physical advantages to good effect.

“If they don’t give me the respect after this, I don’t know what I have to do. You know I’m coming.”