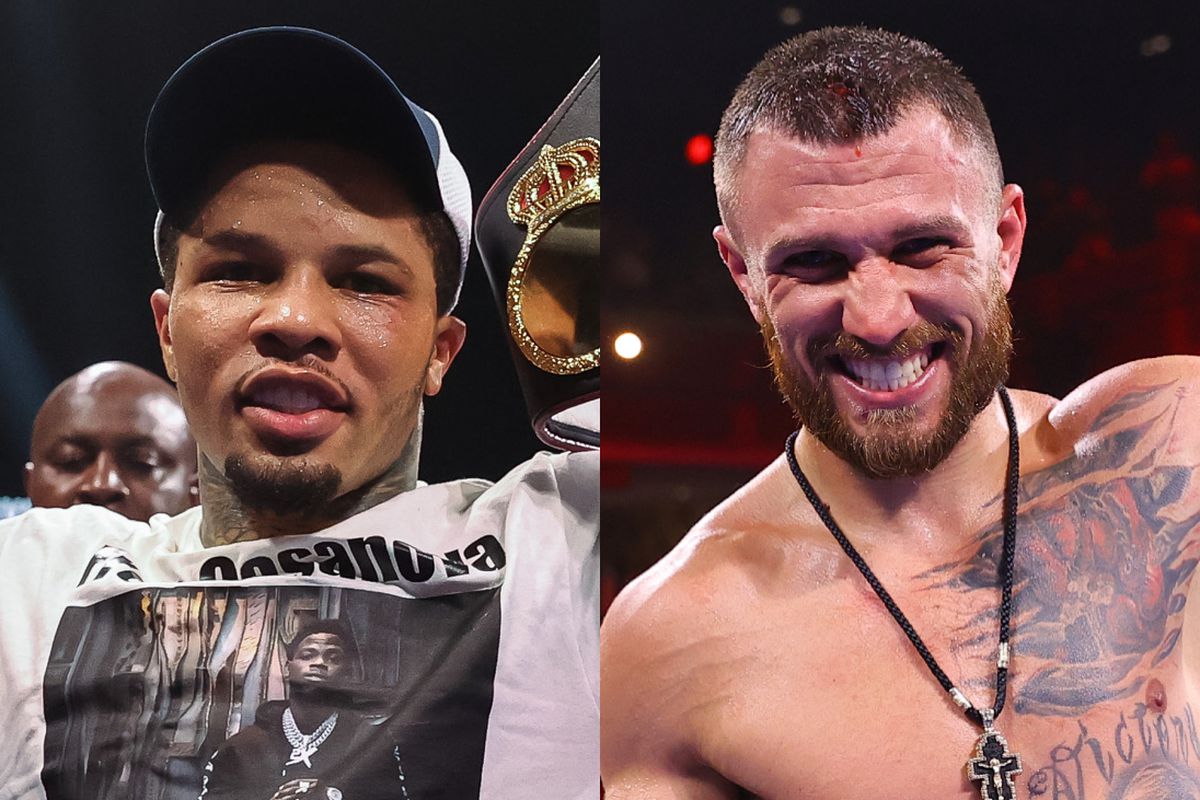 Lomachenko sparkles, does what lopez couldn’t vs. Nakatani 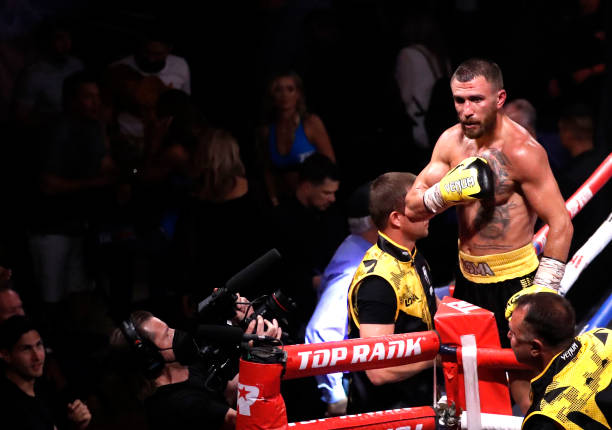 No longer the pound-for-pound king he once was, it’s almost as if one loss saw Lomachenko’s stock fall quicker than all those years it took to see him regarded as one of the sport’s best.

Here, he was scheduled to fight Japan’s Masayoshi Nakatani (19-1, 13 KOs) – who lost rather decisively via unanimous decision in an IBF title eliminator vs. Lopez two years ago next month.

Whether fair or not, this was viewed as the night’s true prelim despite cards stacked with boxing galore – Lomachenko televised on Sky Sports (UK) and ESPN (US) a full two hours before Davis-Barrios, which was a PPV headliner in-front of 16,570 fans at the Atlanta Hawks’ StateFarm Arena.

By comparison, little over 2,000 watched Lomachenko’s Las Vegas showing but the raw numbers didn’t matter. He did his work, with one more important spectator than most – Lopez’s father Sr. 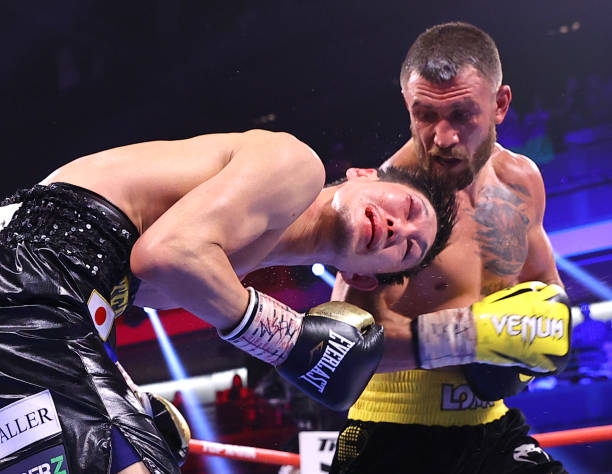 He told ESPN they’d be willing to grant the rematch, though it would need to be next for both after Teofimo’s rescheduled mandatory title defence vs. George Kambosos Jr on August 14.

“Everybody saw how I won, everybody has been waiting for the rematch. So, let’s make [it]. I understand he has a fight in future, but after, how about after? December, January, February… I’m waiting.”

“After this performance, I think the public wants to see this fight and I could convince my son to fight him again.

After Kambosos it can be made, it’s gonna be the biggest fight in the world. We can make it happen in December, Madison Square Garden.”

Nakatani meanwhile, landed just 12% total output by comparison (29 of 250) with 26 of 138 power punches (19%) connecting. Considering his physical advantages, that’s a remarkable stat difference – even against someone of Lomachenko’s world-class technique and experience. 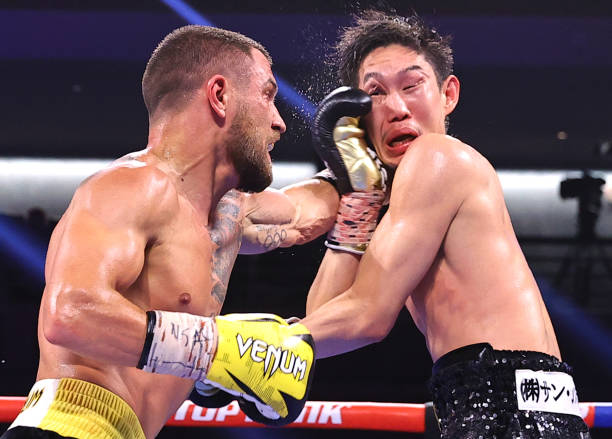 Lomachenko was faster, more effective and Nakatani had no answers for the former champion

It begs the question: just how hurt was the Ukrainian heading into in last year’s surprise defeat? He was bafflingly hesitant in the first-half of the Lopez fight, helping Teofimo bank multiple early rounds – even if the youngster started purposefully and made himself an evasive target.

As it stands, Lomachenko (#1 WBC, #2 WBA and WBO) remains inevitable in a division that doesn’t have many active challengers for Lopez’s belts besides existing mandatory Kambosos Jr.

WBC titlist Devin Haney isn’t shy about wanting to fight him, but excluding him and the winner of Javier Fortuna vs. Joseph Diaz (July 9), there’s not many credible contenders right now.

While Lopez won’t welcome the possibility of facing a fired up Lomachenko should he successfully navigate beyond the Australian next, he won’t have much choice. Watch this space. 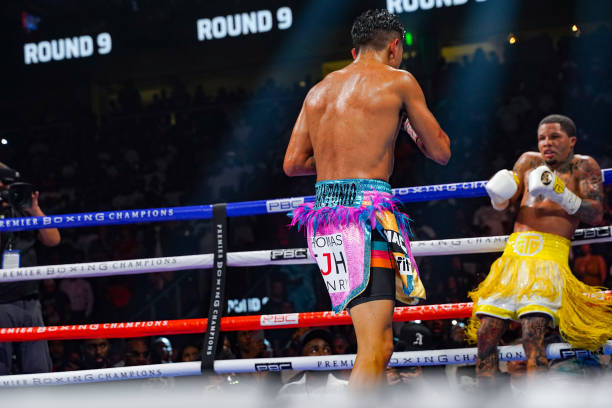 Davis eventually got the finish, but Barrios acquitted himself well and stuck to his gameplan

Davis, now a titlist from 130 to 140lbs, doesn’t need telling that Saturday night wasn’t exactly the prettiest showcase he could’ve delivered with additional spotlight against another undefeated fighter in Barrios – content to send Floyd Mayweather’s protege back to his natural weight.

“On the unofficial [scorecards], you’re down. I gotta be honest with you, that’s what you want from me, you don’t want nobody lying to you. I’m a hundred [percent] with you, that’s my job.”

Through nine rounds, it was competitive and a closely-fought bout: according to all those who weren’t actually being paid to score this fight. Davis started slowly, landing just 11 of 71 (15%) of his punches thrown through four – compared to 22 of 81 (27%) for the defending champion. 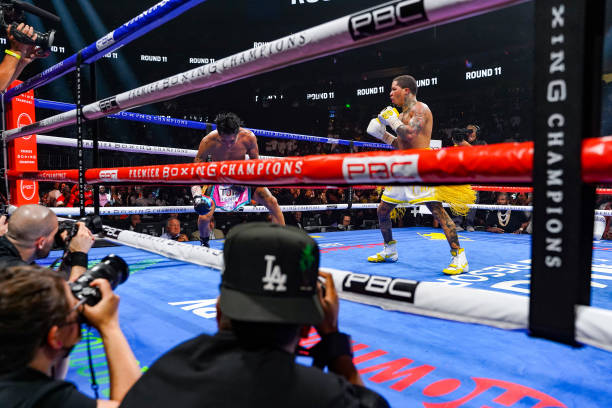 Davis had Barrios down twice in round eight, but the gritty Texan rallied strong in the ninth

Davis heard Mayweather’s alert interjection over his coach Calvin Ford between rounds and, as evidenced by his post-fight press conference, that helped him turn into Tank in the later stages.

“I definitely was nervous the whole night, because I didn’t know if I catch him, will I hurt him, or if he catches me will he hurt me? He had on eight ounces and I was going up two weight classes.

My coach, and even Floyd was telling me to press him, but I was like I don’t know, I don’t wanna get caught. I laid back the whole fight, then Floyd said…”

That laid-back approach bothered him at times against Leo Santa Cruz, but his ability to turn up the pressure effortlessly when he needs to, is also a weapon that cannot be understated.

He landed 30 of 73 punches (41%) in the next two rounds to end Barrios’ night, including multiple right hooks thrown with mean intentions as his forward pressure was a nuisance even though he absorbed body punches and timely jabs for his troubles too.

“I made it tough, definitely could’ve made it easier but it is what it is, went up two weight classes and got the job done. I want to catch you with clean shots, most of them were missing but eventually I got him.”

A digging left uppercut to the body essentially ended it, as the referee Thomas Taylor deemed Barrios unable to continue after seeing him beat the ten count and briefly absorb more damage.

What’s next for him? Although he hasn’t minced words surrounding a bout with former WBC interim titlist Ryan Garcia, Davis insisted his team would decide their next steps before choosing.