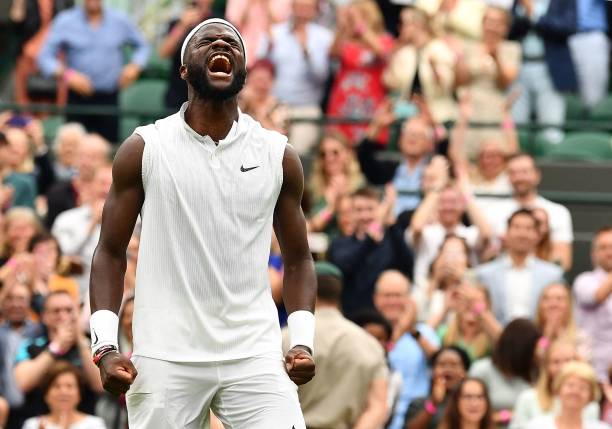 Frances Tiafoe earned his first top-5 win at the 12th attempt to end French Open finalist Stefanos Tsitsipas’ tournament just hours into an eventful Day 1 packed with action, while there were big wins for Sloane Stephens and two-time Wimbledon champion Andy Murray among others elsewhere on a memorable return to the grass in south London after a two-year absence. 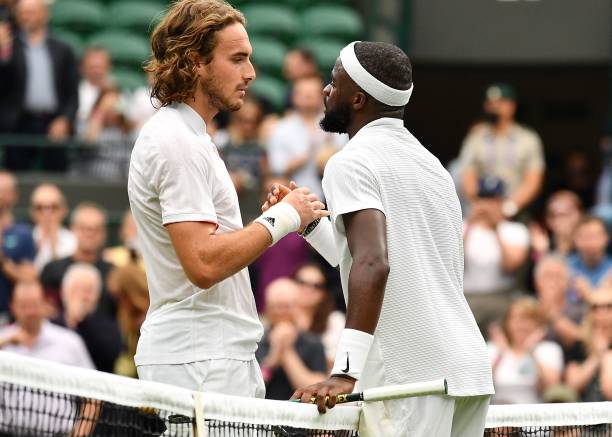 The pair embrace at the net, after Tiafoe’s straight-sets win – snapping a 3-0 career H2H losing streak

6-4, 6-4, 6-3, Tiafoe beats Tsitsipas (#3): The charismatic American didn’t half make it easy for himself here, as has been rather symptomatic of his career to date, but Tiafoe finally overcame the top-5 hump that has previously plagued a promising push towards deep Grand Slam runs.

Only twice has the 23-year-old reached round four at a Major tournament – recording a credible quarter-final finish in Melbourne two years ago, and last year during his home Slam in New York.

If he’s to embark on a deep run, he’ll encounter more tough challenges than just Tsitsipas but momentum is a beautiful thing he must embrace with the Wimbledon crowd firmly on his side.

Not easy to make that transition, game wise and mentally, even when we have the usual 3-week gap.

It’s important that he just doesn’t expect many more matches on the SW19 show courts, unless he faces home favourite Dan Evans (#22) in round four. Plenty has to happen before that prospect evolves into a genuine possibility, especially with Canada’s Vasek Pospisil next in R2.

The 31-year-old has also only reached one Major quarter-final in his career, here at Wimbledon six years ago, losing 6-4, 7-5, 6-4 to home favourite Andy Murray. After four successive first-round finishes, he’s into round two again but can he give a tougher fight for Tiafoe than Tsitsipas did? 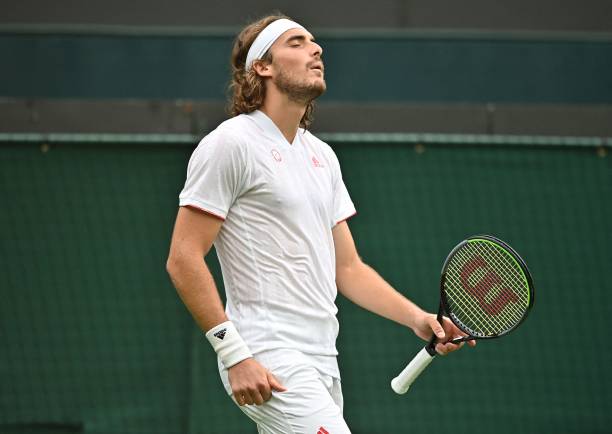 The Greek started slowly and was duly punished, against someone who grew in confidence with the crowd on side as the overwhelming underdog. His lack of urgency was rather alarming, presumably expecting Tiafoe to fade away as he’s done regularly against top opposition.

Instead, armed with a lead to protect, Tiafoe’s confidence soared even with some questionable shot selection decisions creeping into his game. It was a reminder of why he’s not seeded here.

Nicely poised at 2-1 in the third set, Frances charged to the net and was generally beaten too easily at times when he should’ve been more trusting of his ability to fire forehand winners from the back of the court – forcing Tsitsipas to beat him without having the whole court to aim at.

He’s his own worst enemy at times but, as evidenced by producing successive return aces in the match’s final game, can win points effortlessly when he backs himself during those moments.

"I'm not even close to where I want to be, very capable – today showed it – he's special and will win a ton of Slams but not today." 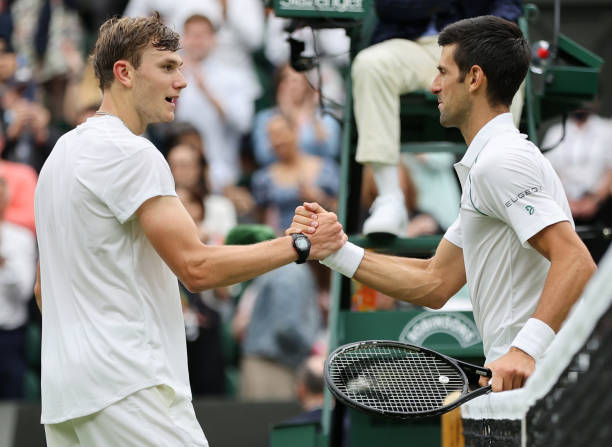 Reigning champion Novak Djokovic started slowly and lost the first set 6-4, but found his footing – literally – to ease past British wildcard Jack Draper 4-6, 6-1, 6-2, 6-2, against a bullish teenager embracing the moment on Centre Court as those in attendance roared him on with every point.

A repeat of the 2018 Wimbledon Final awaits him: Kevin Anderson in round two, after the South African gritted his teeth in a four-set win over Chilean qualifier Marcelo Tomas Barrios Vera.

Two-time champion Andy Murray, handed a wildcard for his home Slam, made his long-awaited return after a four-year absence. It wasn’t without drama, but he eventually ousted Nikoloz Basilashvili (#24) – winning 6-4, 6-3, 5-7, 6-3 in the day’s final action on Centre Court. 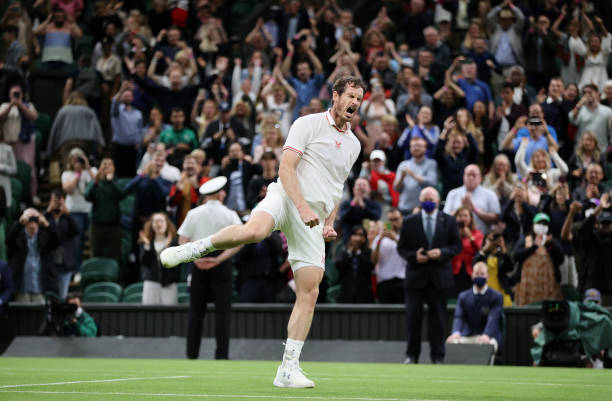 Murray, who feared he would have to retire after persistent hip injuries, led 5-0 in the third set and suddenly lost seven straight games as the Georgian – who beat Roger Federer in March – surged back into proceedings before the roof was closed and a halt was temporarily called.

The former world no. 1 took a shower and a comfort break, refocused and got back into his groove after the interval as night fell while the partisan crowd grew louder in his favour.

Basilashvili had chances to level the scores at two sets apiece but shot selection and execution let him down. Once the finish line arrived a second time, Andy’s muscle memory prevailed.

Up next, he’ll play a qualifier in round two: either Germany’s Oscar Otte or France’s Arthur Rinderknech, currently deadlocked at 9-9 in the fifth and deciding set to be finished tomorrow.

Other seeds to fall on the men’s side:

As for the women, sloane stephens reigns supreme 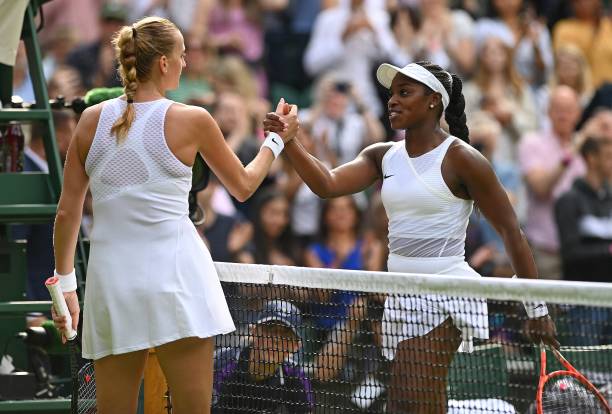 2017 US Open champion Sloane Stephens stormed to victory with a 6-3, 6-4 result against two-time Wimbledon titlist Petra Kvitova (#10). Saving four of five break point opportunities throughout the match, the 28-year-old won considerably more points on her first serve by comparison while reacting well after being immediately broken in an eventful opening game.

Up next in round two is a clash against Stateside compatriot and lucky loser Kristie Ahn, who stared defeat in the face at one stage but eventually recovered to outlast Great Britain’s Heather Watson 2-6, 7-6, 8-6 in the night’s final match to finish under a closed roof on Court One.

Russia’s Veronika Kudermetova (#29) lost 11-9 in the deciding set against Switzerland’s Viktorija Golubic, who will be hoping to better her third-round finish two years ago – which is still the 28-year-old’s best result at a Major tournament since turning professional in 2013.