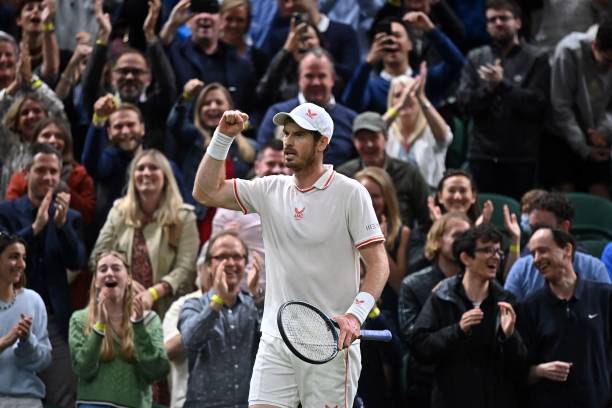 Andy Murray finished later than his four-set thriller with Nikoloz Basilashvili, but importantly clinched a five-set victory over German qualifier Oscar Otte after three hours 51 minutes to secure successive Grand Slam wins for the first time since he was last here, four years ago. 12 seeds fell across both the men and women’s singles matches today, as R1 is also officially over.

murray magic worth the wait, despite more scares and slips 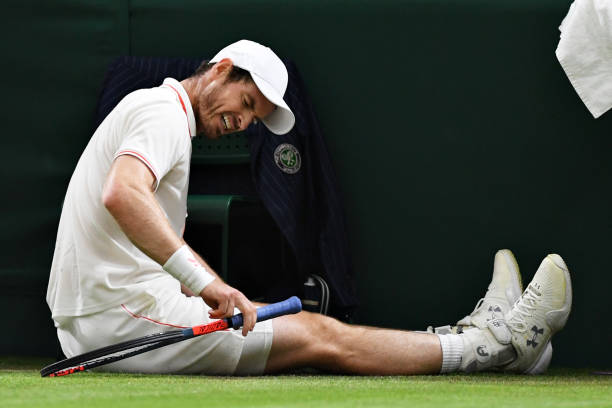 Murray gave himself a well-earned pat on the back for avoiding a fourth set meltdown against Basilashvili on Monday, but had Centre Court roaring him forward to recover from a precarious situation against German qualifier Otte. He looked flat, firing routine shots wide and missing big.

But his energy levels and shot-making abilities were markedly better at the start of set four, just before another timely delay – 17 minutes – forced by the roof being closed helped him regroup.

He recorded two less unforced errors (7) and won more first serve points (19 of 23, 83%) as Otte was feeling the pressure and couldn’t get close enough to the finish line in a 52-minute set.

That was the match’s longest, but a pivotal one for Murray as the momentum shifted back into his favour. The 34-year-old still had plenty to do in the deciding set, recording 16 winners and two aces while digging deep at 4-2 to avoid any possible fightback, before closing out in style.

“What an atmosphere, the whole crowd was amazing but there were a few guys in there getting me fired up… I needed everyone’s help tonight, they did a great job. Hit some great shots at the end to finish it, but it was a tough match.

I’m tired, but considering everything, I feel good. Rest day tomorrow and hopefully perform well on Friday with this [crowd] again.”

After receiving a walkover, Canada’s Denis Shapovalov (#10) awaits the two-time Wimbledon titlist next on Friday, in what promises to be an intriguing first H2H meeting between the pair. 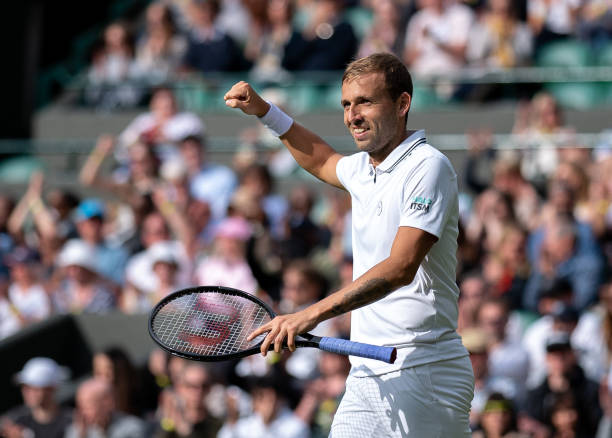 Defending champion Novak Djokovic and Britain’s number one Dan Evans (#22) were among those safely through into round three without fuss, earning straight-sets victories against 2018 Finalist Kevin Anderson and Nole’s Serbian compatriot Dusan Lajovic respectively.

Djokovic will play American qualifier Denis Kudla next on Friday in round three, after the 28-year-old dropped just eight games (6-2, 6-4, 6-2) vs. Italy’s Andreas Seppi today.

Evans will also face an American, albeit one considerably younger and brimming with world-class potential in Sebastian Korda – son of Petr, who won the 1998 Australian Open.

Remember those two men’s matches delicately poised? Cam Norrie was made to work hard for his win, but knocked out Lucas Pouille upon returning in four sets – 6-7, 7-5, 6-2, 7-5. 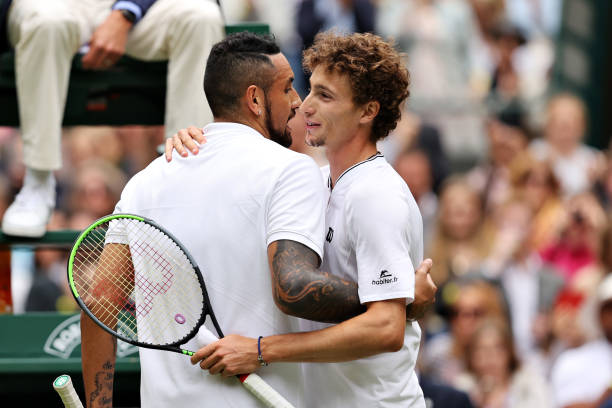 He plays Italy’s Gianluca Mager in R2, with the prospect of Toni Nadal’s new protege Felix Auger-Aliassime looming large for the winner, so long as the 16th seed eases past Sweden’s promising Mikael Ymer, which isn’t a certainty given the Canadian’s inconsistent form of late.

The latter two lost in five-sets against Jordan Thompson and Yoshihito Nishioka respectively, opening up Matteo Berrettini‘s route out of a section where he’s now the only remaining seed.

Armed with 20 aces and a whopping 47 winners, the talented Italian (#7) won in four sets (6-4, 3-6, 6-4, 6-0) against Argentina’s Guido Pella and many are backing the 25-year-old to embark on a deep run over this fortnight. He certainly is capable of doing so, but what about the continuity?

A day to forget for many women, including kenin and andreescu 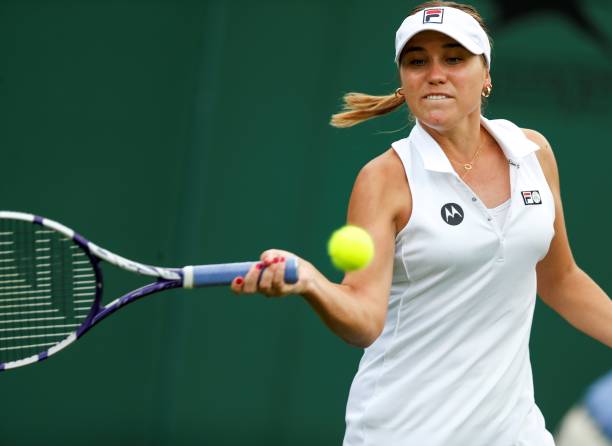 Kenin was one of seven female seeds to crash out on Day 3, with 2019 US Open champion Bianca Andreescu and Belinda Bencic (#9) among those surprisingly being knocked out.

However, her departure was stunning in just how quickly things unfolded during the evening’s final action on No. 2 court – just after Iga Swiatek, who blasted past her in last year’s Roland Garros final, eased into round three with a 6-1, 6-3 result during the match beforehand.

Having announced she was parting ways with her father Alex as a coach last month, the American had an undisclosed injury so didn’t participate in pre-Wimbledon warm-up events.

Even still, that’s no excuse for the 22-year-old producing a record-breaking display for all the wrong reasons. Playing compatriot Madison Brengle, the world no. 82 couldn’t believe her luck.

Kenin recorded 20 winners but also an unprecedented 41 unforced errors in a match lasting a mere 45 minutes, a 24-error differential from her R1 win over China’s Wang Xinyu on Monday.

Average for Ladies' Singles is 0.21 UFE per minute.

Andreescu (#5) arrived late for her early morning matchup against France’s Alize Cornet, then was ousted 6-2, 6-1 in an hour 23 minutes. Cornet saved all six break point chances on offer, while Andreescu fired more winners (17) but almost five times’ as many unforced errors (34-7).

Bianca, continues her poor Grand Slam performance – she’s only once surpassed round two in 13 attempts as a five-year pro, when she went all the way at Flushing Meadows two years ago.

Injuries have severely hampered development, but results like these don’t exactly help shake the feeling that the 21-year-old certainly has plenty of work to do before she’s comfortable on grass.

There was a sad, ominous departure on No. 1 Court for Venus Williams: losing 7-5, 6-0 to Ons Jabeur (#21) and receiving a warm reception from the crowd as the 41-year-old waved goodbye. 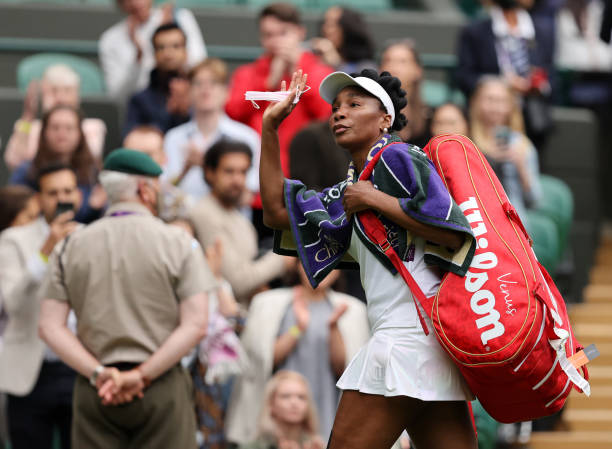 The five-time Wimbledon champion will be back for mixed doubles with Kyrgios later on this fortnight, though it won’t stop many who firmly believe 2021 is her final year before retirement.