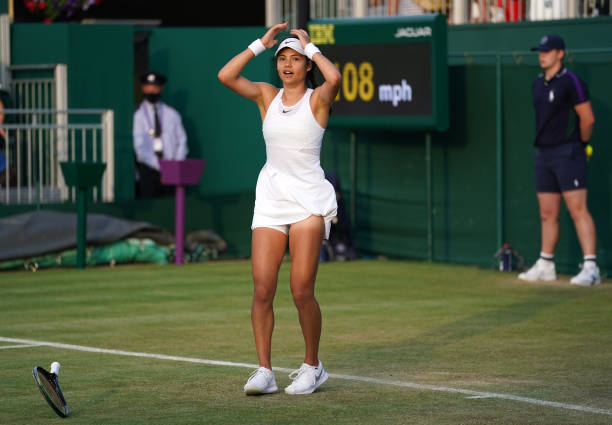 The crowd on Centre Court is sure to be divided on Saturday, when eight-time champion Roger Federer faces Britain’s Cameron Norrie in an intriguing R3 clash after the pair recorded straight-sets wins. Ashleigh Barty and Cori Gauff had routine wins, Angelique Kerber was involved in an unforgettable thriller before teenage wildcard Emma Raducanu made her mark on Court 12.

After a competitive start, Federer brushes Gasquet aside 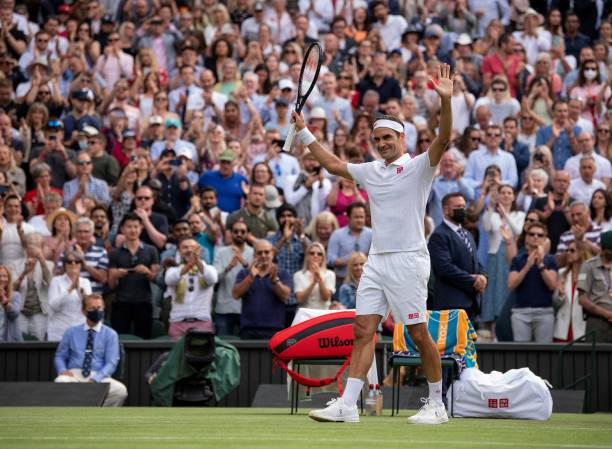 After being engrossed in a 51-minute set that ended with a frustrating whimper during their uneventful tiebreak (7-1) for Richard Gasquet, perennial title challenger Roger Federer ultimately ran away from the Frenchman with a 7-6, 6-1, 6-4 win – just shy of two hours on court.

Gasquet started well and made five less unforced errors (13-8) in set one, though wilted in the big points down the stretch as things got increasingly tight. He needed to clinch that opener.

Federer, seeded sixth this year, cited one of Gasquet’s remarkable return winners as motivation for him to step up his own game during his post-match interview and found his groove mixing deft drop shots with excellent point construction, always keeping the 35-year-old guessing.

He ended with 10 aces, 50 winners and 26 unforced errors – half of the latter came in set one alone, as he quickly found his striking range and Gasquet couldn’t match him for much longer.

Those stats are a considerable upturn from the troubling showing that saw him into a fifth set against Gasquet’s compatriot Adrian Mannarino on Tuesday, though an injury caused by the slippery surface around the baseline saw the Swiss legend spared on that occasion.

Here, he didn’t need it. Though it’ll be interesting to see how he reacts against a determined lefty in Cameron Norrie, who also won in straight-sets (6-3, 6-1, 6-2) vs. Australian wildcard Alex Bolt.

“Wonderful match, tough first set but good afterwards. Today was special, it’s been a difficult year-and-a-half with the double knee surgery and rehab.

I hope the crowd get into it, regardless of who they cheer for, if it’s for me, it’s because of the last 20 years and all the big matches I’ve played here [laughs]…

Cam’s a good guy, had a wonderful year and it’s going to be a tough match, I’m happy it’s going well for him but that’s enough now: he needs to go out, I need to go through [laughs].”

Two-time Grand Slam finalist Daniil Medvedev (#2) was surprised that he had to embrace the villainous role but did precisely that, dropping just seven games – four in the first set alone – before eventually easing past Spanish teenage wildcard Carlos Alcaraz in an hour 37 minutes.

Although both recorded 20 winners, Alcaraz tallied more than double the Russian’s unforced error count (28-12), doing well to keep set one competitive but couldn’t replicate that effort after quickly finding himself with an increasing deficit to cut down upon in sets two and three.

Raducanu rises to the occasion 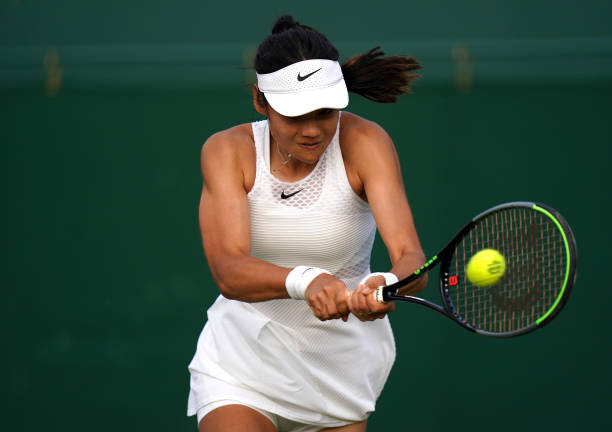 Romania’s Sorana Cirstea, who outlasted the latter 7-6, 3-6, 6-4, will face British wildcard Emma Raducanu for a place in the Fourth Round after the teenager – still 18 until November – dropped just six games against Czech Republic’s Marketa Vondrousova, a French Open finalist in 2019.

Despite a slow start, she quickly seized the initiative and raced to a 5-1 lead within 25 minutes.

Vondrousova’s level improved to start set two, suddenly she was staring at a 3-0 deficit before doing well saving two break points and defiantly fighting back with timely winners of her own.

There was a 10-minute period where you felt this was destined for a deciding set, as she tallied three double faults and Vondrousova – world no. 42 – appeared determined to make points longer, waiting for mistakes. Before long, it was the 22-year-old making more unforced errors.

For context, she made 16 total during a 2-6, 6-4, 6-2 victory over Anett Kontaveit (#24) on Tuesday. In set two alone here, she recorded 15 – but Raducanu’s willingness to fight for every ball, force shots towards difficult angles and maintain pressure presented those opportunities.

Considering there’s nothing to lose, it’ll be interesting to see how she fares in what will likely be scheduled on a show court this weekend – either Centre or No.1 – with fans aplenty backing her.

Watch out for her serving though, as it could provide many free points for Cirstea to dictate the match’s flow unless she starts well and doesn’t get overwhelmed by nerves – like Coco in 2019.

She’ll play Australia’s Ajla Tomljanovic for a place in round four on Saturday, after the 28-year-old recovered from a bagel set (6-0) to knock out Frenchwoman Alize Cornet 6-3 in the decider. 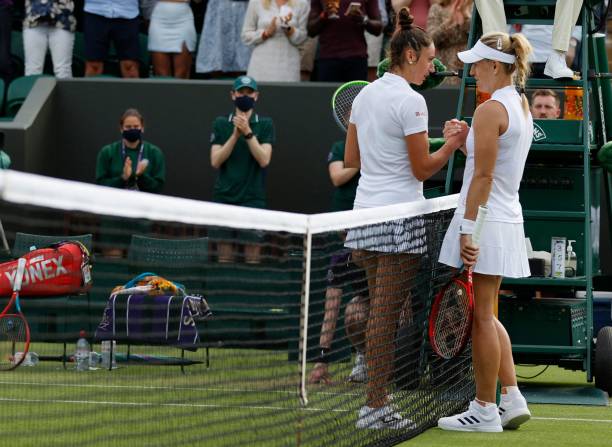 Match of the tournament? Kerber and Sorribes Tormo were engaged in a three-set thriller

2018 Wimbledon champion Angelique Kerber saw a match point fizzle out frustratingly, up 5-4 in the second set, needed to wait another hour for another, but importantly channelled her championship grit to knock out a spirited Sara Sorribes Tormo display, winning 7-5, 5-7, 6-4.

As I mentioned in the introductory paragraph, fans were treated to an unforgettable thriller in the evening’s penultimate action on No. 2 court – after Poland’s Magda Linette dropped just seven games (6-3, 6-4) en route to knocking out perennial title challenger Svitolina.

While this matchup featured peaks and troughs for both, Kerber needs to clean up her unforced error count (47) against Aliaksandra Sasnovich in round three – the beneficiary of Serena Williams’ ankle injury earlier this week. This was a gripping watch, all the way to the end.