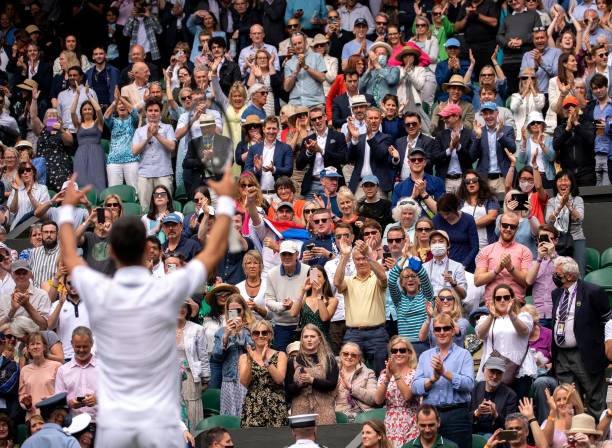 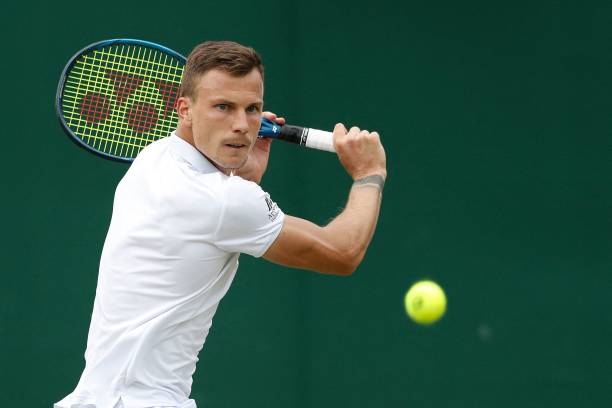 Fucsovics recorded 41 winners, to Rublev’s 26, during an enthralling five-set clash

Chile’s Cristian Garin (#17) was understandably eager to test himself against the defending champion, but faced a determined Djokovic in imperious form as the Serbian eased to a 6-2, 6-4, 6-2 win to start the day’s action on Centre Court. He’s now into his 50th Grand Slam quarter-final.

There, he’ll play a potential banana skin in Hungary’s Marton Fucsovics on Wednesday, after the 29-year-old recovered from a 2-1 set deficit to rally past Russia’s Andrey Rublev (#5) – beating his second seeded opponent after a four-set win over Diego Schwartzman (#9) back in round three. 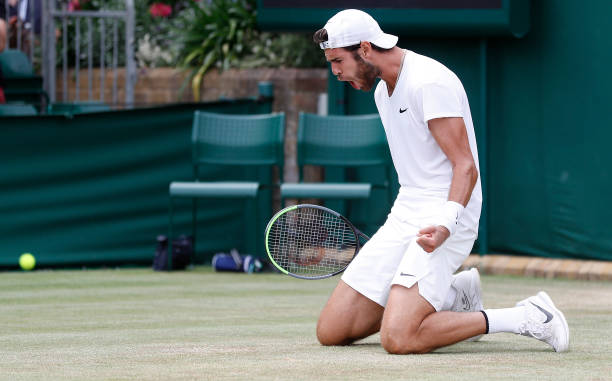 Khachanov celebrates his come-from-behind win over Korda, in a five-set nailbiter

Rublev’s compatriot Karen Khachanov (#25) recovered from a set down and needed to hold his nerve before knocking out American debutant Sebastian Korda, winning 10-8 in the fifth set.

He’ll play Denis Shapovalov (#10) with a semi-final up for grabs next, after the talented Canadian breezed past a tough acid test in the form of Spain’s Roberto Bautista Agut (#8).

Having withdrawn from Roland Garros as a precaution after nursing a shoulder injury, he’s into his second Grand Slam quarter-final. Who will continue their career-best performance at SW19? 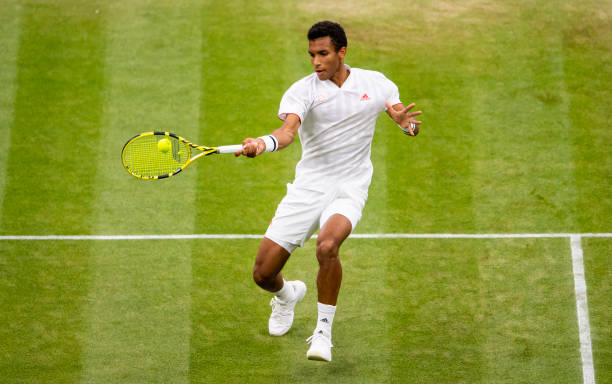 It was, quite frankly, a remarkable match packed with peaks and troughs for both – Zverev giving away multiple free points on serve with an eyewatering 20 double faults in total. Despite this, he was up a break in the first two sets before Felix stormed back into the ascendancy each time.

Zverev appeared to injure his knee as he overextended while trying to return a shot early in set three, and it briefly seemed like FAA would benefit from a second injury-induced retirement.

However, the no. 4 seed played without fear afterwards and won three straight games to propel himself back into proceedings before Felix asked him the serve it out question – holding to love.

Suddenly, the momentum had returned Zverev’s way against a player who has struggled in high-pressure situations before – and never beaten him in three previous H2H meetings.

Surely not another comeback? But alas, Auger-Aliassime crucially refocused at the start of set five and wrestled his way ahead after a tight exchange at 3-3. Zverev was broken again and despite saving one match point, couldn’t save another as the 20-year-old won the decider 6-4. 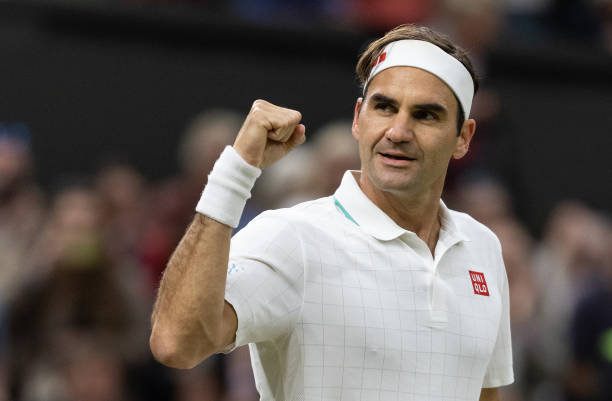 He’ll play Daniil Medvedev (#2) or Poland’s Hubert Hurkacz (#14) in the quarters on Wednesday, after their R4 matchup was postponed until tomorrow due to rainfall meaning no further action on outside courts with the Russian leading two sets to one (6-2, 6-7, 6-3, 3-4).

They could’ve easily continued on Centre Court after Federer-Sonego’s conclusion and finished promptly before the 11pm curfew, but tournament organisers bizarrely decided against it.

Federer on Medvedev-Hurkacz not being able to finish tonight to determine his next opponent.

"These guys are young. They can recover."

Kerber ousts Gauff, into quarter-finals for first time since 2018 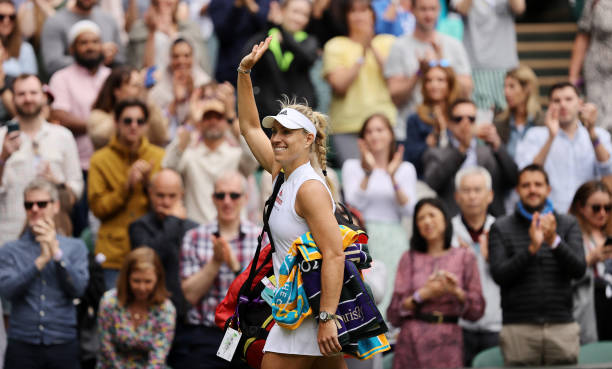 Coco Gauff said she would play freely with nothing to lose against Kerber, but would’ve been nonetheless disappointed by her inability to elevate her level once the biggest points arrived.

She lost 6-4, 6-4 in 78 minutes on Centre Court, during an encounter rather emphasised by the break point number breakdown after squandering two break point chances at 3-4 in the second:

Kerber, involved in a thriller with Spain’s Sara Sorribes Tormo, has faced adversity already during the early rounds but was full of praise for the teenager during her on-court interview – saying she wouldn’t be surprised to see Coco win it all in future and believes the sky is the limit.

Up next is another intriguing matchup tomorrow, this time vs. Australian Open semi-finalist Karolina Muchova (#19), after the Czech won 7-6, 6-4 to knock out Spain’s Paula Badosa. 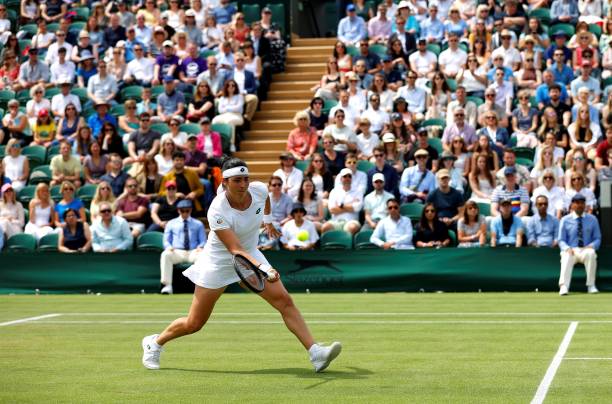 Both battled hard throughout but Ons Jabeur came out on top over 2020 Roland Garros champion Iga Swiatek with a 5-7, 6-1, 6-1 victory, earning her second Grand Slam quarter-final.

Perhaps the margin of Jabeur’s winning scoreline – losing just two subsequent games – was flattering, but emphasises just how she came into her element after narrowly losing set one.

Her reward? A defiant Aryna Sabalenka (#2), who similarly had to fend off adversity from Kazakhstan’s Elena Rybakina before eventually winning 6-3, 4-6, 6-3 earlier on in the day. 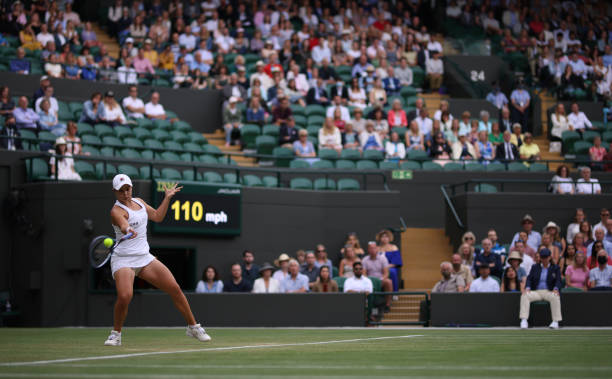 World no. 1 Ashleigh Barty punched her ticket into the Wimbledon quarters for the first time, after a 7-5, 6-3 win over last month’s Roland Garros titlist Barbora Krejcikova (#14) in an hour 37 minutes on No. 1 Court earlier this afternoon. An all-Aussie affair awaits, with more on that later.

The first set could’ve gone either way, especially as she was down 4-2 early on against the Czech international before earning a set point opportunity at 5-4, which was quickly snuffed out. The next two games though? She didn’t drop another point to close it out emphatically.

They exchanged breaks of serve midway through set two, but the 25-year-old held her nerve (7/8 break points saved) as things got tight – just like late on against Katerina Siniakova on Saturday. 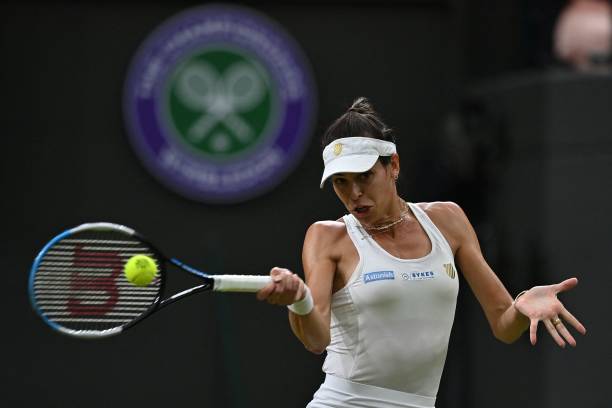 There will be an Australian in Thursday’s semis against either Muchova/Kerber, after unseeded Ajla Tomljanovic ended British teenage wildcard Emma Raducanu‘s tournament – winning 6-4, 3-0 before the 18-year-old retired following a medical timeout that saw her unable to continue.

Not the way Tomljanovic would want to reach her first major QF for sure. #Wimbledon pic.twitter.com/G63ahtpIvK

Tomljanovic, another first-time quarter-finalist at SW19 this year, produced an experienced showing in the day’s final action not too dissimilar to that of a boxer: lulling Raducanu into a false sense of security, forcing her to play multiple long rallies and extracting frequent errors.

Despite having five double faults and 17 unforced errors in little over an hour, she saved all five break point opportunities and was content playing the long game against the home favourite.

Even if Tomljanovic had been broken in that game, those long rallies would have paid off with Raducanu struggling physically.

Physio/doctor on for Radu, who looks to be hyperventilating. Oh, poor girl. She is. Physios trying to calm her down. 'Nice slow breaths, that's it.'

They combined for just ten winners and 42 unforced errors during an encounter which threatened plenty pre-match but ultimately petered out as it became clear Raducanu was struggling with her breathing and appeared tearful between points at the start of set two. 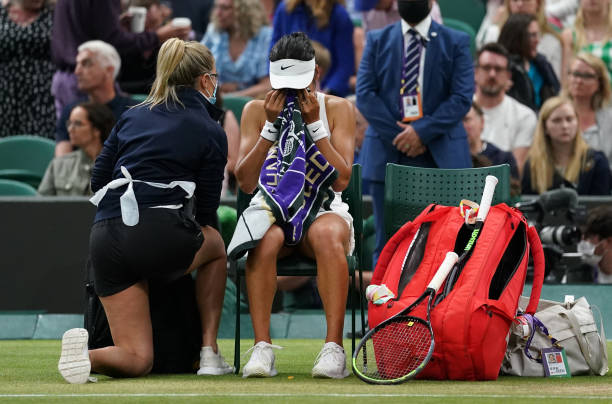 3-0 down in the second, she had some medical attention at the change of ends before departing court for a timeout – though it was still unclear whether she was ill, injured or having a panic attack. Even still, quite jarring scenes during the most important match of her young career.

Hopefully she feels better soon and doesn’t dwell on the manner of this exit after an impressive surge into the second week, but what a big opportunity now next for Tomljanovic – who will be a sizeable underdog against Barty, but should relish the Centre Court spot tomorrow.

Looking ahead to the rest of this week 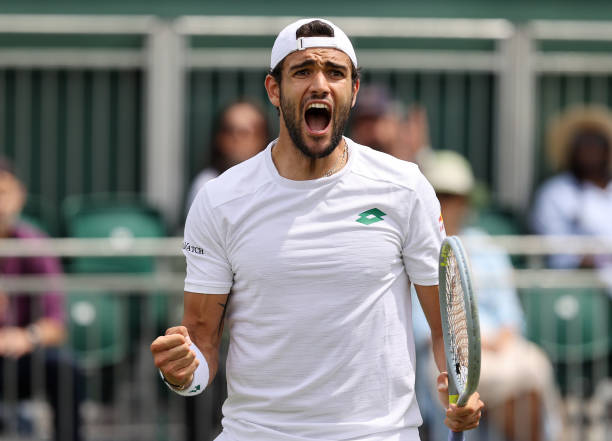