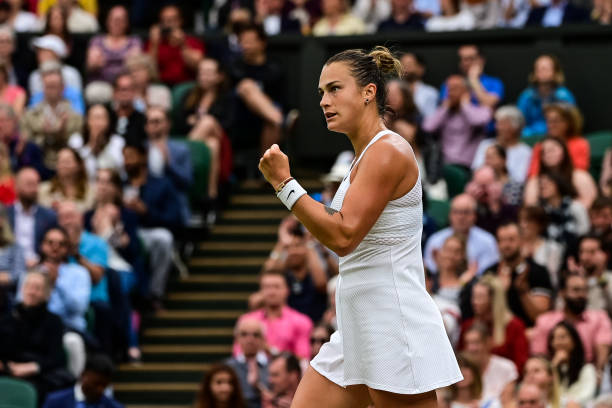 Tuesday’s action promised plenty on paper but ultimately wasn’t as entertaining as it could’ve been, though there are three first-time semi-finalists during a day where all four Ladies’ singles quarter-final matchups ended with straight-sets victories for the respective winners. Among them, world no. 1 Ashleigh Barty and Aryna Sabalenka (#2), breaking new ground at SW19. 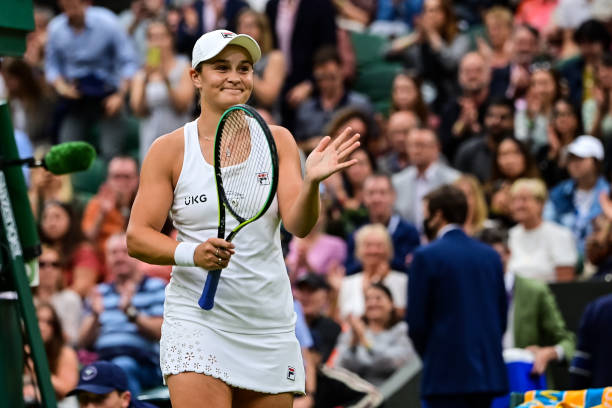 Much was said about Ajla Tomljanovic’s evening win over Emma Raducanu on Monday – from the dramatic way things suddenly ended, to why it was scheduled so late on Court One.

Limited recovery time between matches, coupled with the toughest draw she could receive in the world no. 1, meant the 28-year-old was an overwhelming underdog and had nothing to lose against her compatriot here. But even still, the scoreline isn’t one she’ll look back too fondly.

With an eyewatering 18-winner differential in Barty’s favour, it’s easy to see how Tomljanovic was unable to match such defiant resistance here – not least during a completely different match to the one which saw her dethrone a teenager in-front of her home crowd less than 24 hours prior.

It’s easy to forget that, just like Tomljanovic, Barty had entered new heights regardless of the result here: having never surpassed Round Four at Wimbledon before this year. 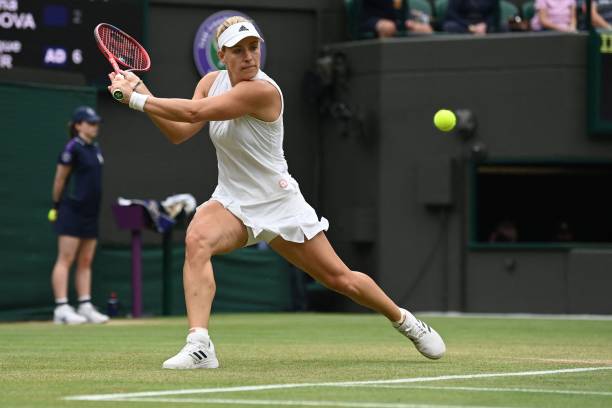 The last time Angelique Kerber got into a Grand Slam semi-final, she won Wimbledon three years ago. Since then, the experienced German has recorded more first-round exits (5) than fourth-round finishes (3) in what has been a rough few years, as far as form and fortune is concerned.

That’s what makes her upcoming clash vs. Barty even more intriguing on paper, especially with their H2H (3-2 Kerber) in mind. But how did she get here? A sheer refusal to lose and raising her level, on multiple occasions, during the match’s biggest points as contenders gradually fell away.

Karolina Muchova couldn’t cope with her during this quarter-final, evidenced by the raw numbers, and quickly found herself in an ever-growing predicament down 3-0 to start set one.

Set two was much more competitive and closer in fairness, though the Czech’s inability to capitalise whenever a chink in Kerber’s armour briefly appeared (1/6 on break point opportunities, 1/8 total) proved decisive as far as this one was concerned. 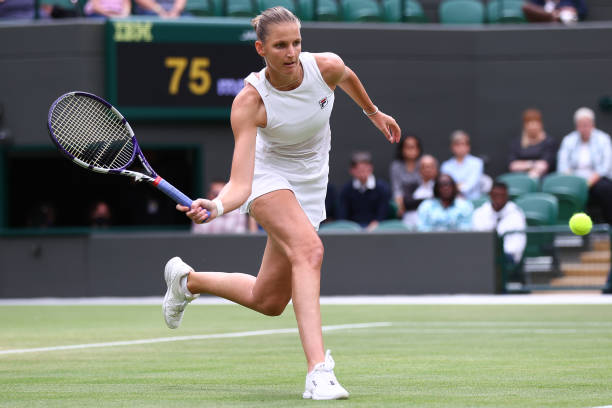 28-year-old Swiss woman Golubic, who beat a trio of Americans including Madison Keys (#23) to reach a first Slam quarter-final, acquitted herself well. She was unconvincing behind her serve though (22/39 points won, 56%) and couldn’t compete with Pliskova’s power (eight aces).

Pliskova’s reward? A clash against Sabalenka, who ended Ons Jabeur‘s inspiring run with the typical high-risk, high-reward play that has often proven her Achilles heel in Grand Slams before.

More double faults (5) than aces (3) for the second time this fortnight, the 23-year-old can’t afford to give Pliskova many free points if she’s to reach a first Grand Slam Final on Saturday. 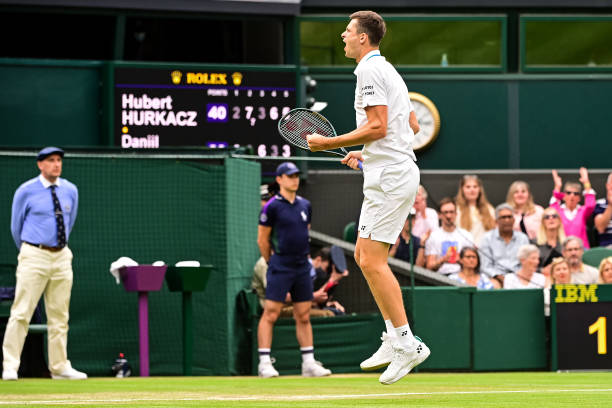 We’ll never know how the match would’ve ended, if play continued on Centre Court after Federer/Sonego to finish Manic Monday with a clear schedule, but 24-year-old Hurkacz recovered from a 2-1 set deficit to stun world no. 2 Daniil Medvedev in five sets (2-6, 7-6, 3-6, 6-3, 6-3).

He broke the Russian immediately as their match resumed at 4-3* in set four, then established an early break during the deciding set – this time another salvo wasn’t on the cards for Medvedev, who found himself overwhelmed and committed 12 unforced errors to Hurkacz’s one in set five.

Federer awaits him tomorrow, against a player with plenty to gain – just like unseeded banana skin Fucsovics vs. Djokovic. Remember, a Djokovic-Federer Final remains possible at present.