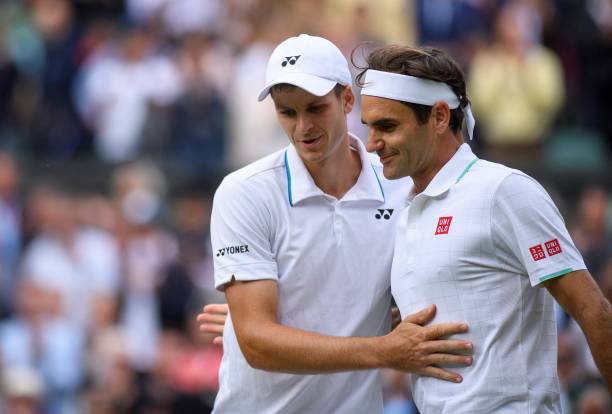 There was unmistakable sadness in the air as eight-time champion Roger Federer bowed out of Wimbledon – losing handily in straight-sets vs. Daniil Medvedev’s conqueror Hubert Hurkacz on Centre Court. Novak Djokovic avoided a banana skin against Marton Fucsovics, while there were big wins for Matteo Berrettini and especially Denis Shapovalov as the final four is now set.

Hurkacz’s ruthlessness continues, as he knocks out Federer 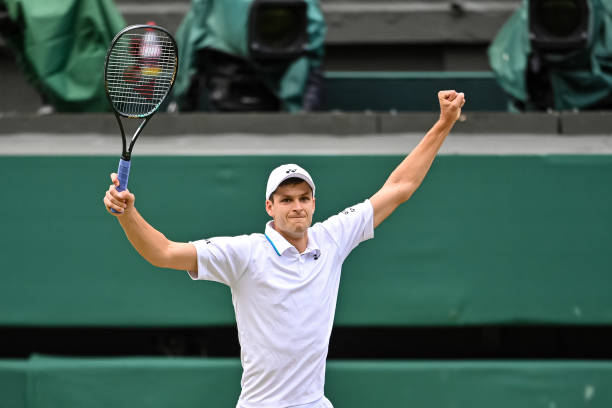 Hurkacz utilised the overnight break well and surged past Medvedev in a big five-set clash when their match resumed on Wednesday. Here, he continued where he left off to leave Centre Court rumbling as their main man was knocked out of the tournament rather unceremoniously.

Many were hoping Federer would get a chance to avenge his sobering 2019 defeat by Djokovic in this year’s final, especially as the draw ensured they wouldn’t meet until then if all went well.

Instead, the legendary Swiss produced an erratic performance that proved increasingly alarming as time went on – just like during periods vs. Adrian Mannarino in round one, or the inkling of vulnerability shown as Cam Norrie (#29) and Lorenzo Sonego (#23) challenged him last week.

Although he totalled 31 unforced errors over a match that didn’t even last two hours (1h51m), one might argue that he’s made more and managed to win twice already this past fortnight.

Those two instances though, his opponent was also into the 30s for errors and those matches could’ve easily gone a different direction had either of them executed the bigger points better.

There was no question of that for Hurkacz, who looked apologetically at his idol when they embraced at the net but performed admirably throughout to cruise through. See for yourself: 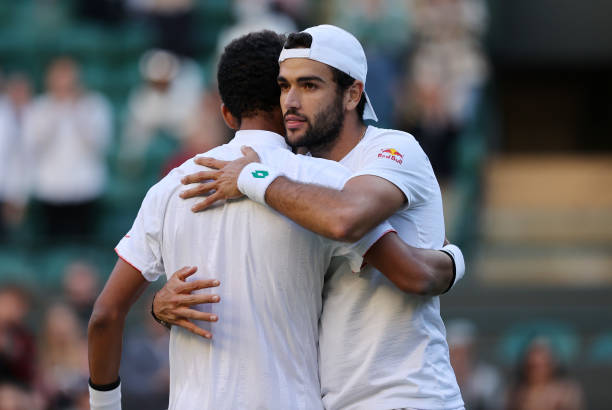 Berrettini needs to be better against Hurkacz, after recording 45 unforced errors against friend FAA

It wasn’t pretty but he got the job done during a match predicated on power and the ability to weather storms – as sets two and three were particularly tight with multiple break points on offer.

Auger-Aliassime acquitted himself well as expected during his first Grand Slam quarter-final but was punished for a failure to capitalise on the aforementioned opportunities (3/12 break points converted – 25% success), though he can be proud of what he’s achieved over this past fortnight. 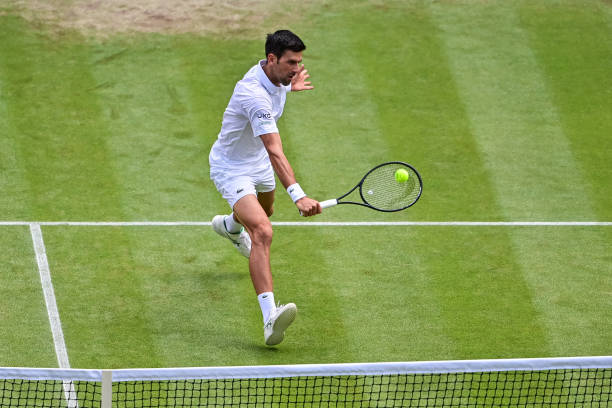 His shot selection wasn’t always the best, but Djokovic is safely through to another semi-final

John Inverdale said it best. Like a smiling shark waiting for its plankton, defending champion Djokovic could sense a break point opportunity was nearing and – having endured yet more frustrating moments – he raised his level to eventually soar past Hungary’s Marton Fucsovics.

This was far from a vintage display by the Serbian, but didn’t need to be. Fucsovics, for all his fitness and physical attributes, only managed to convert one of his six break point opportunities (17%) despite the pair essentially recording the same winner vs. unforced error totals by the end.

Novak raced to a 5-0 first set lead and despite doing well to keep the scoreline competitive, the unseeded 29-year-old gave himself an early mountain to climb. That much was clear at the start of set two, saving four break points in an 11-point game to eventually hold serve.

In two hours 17 minutes on court, the only game lasting longer was when Fucsovics saved a set point before eventually asking Djokovic the serve it out question in set one, down 5-3.

As he’s matured and entered his mid-30s, Djokovic’s playstyle has changed – he waits for you to make mistakes before pouncing, rather than actively seeking to beat you with multiple winners.

That happened here, despite an admirable Fucsovics effort which begun 30 minutes too late during his first career Grand Slam quarter-final. He’ll hope the next isn’t against the world no. 1. 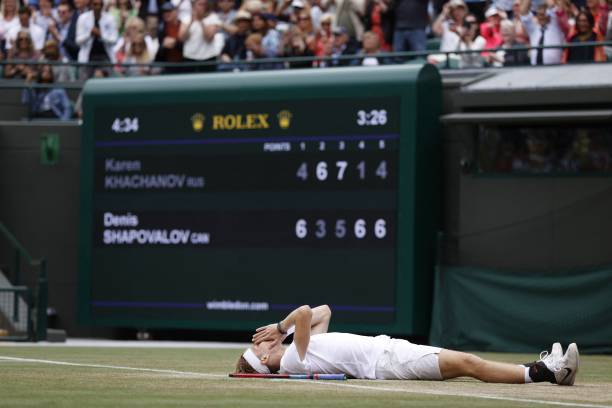 Shapovalov celebrates after earning a gritty five-set win over Khachanov, in his biggest win yet

He was up a set, then lost the next two and was suddenly staring at last year’s US Open all over again. Fair or not, that tournament will always have an asterisk after Djokovic’s disqualification but the manner of his five-set defeat by Spain’s Pablo Carreno Busta still lingered in the mind.

It’s why he simply refused to lose against Russia’s Karen Khachanov, recording 59 winners (and 48 unforced errors!) – showing gritty persistance and generally being a pest in the fifth set, forcing Khachanov into making key mistakes before losing his serve at 4-5 during a decisive game.

“There’s so many times where I thought Karen was playing too good, he was going to roll away with the match but you guys [the fans] kept me going and fighting, so thank you.

It was super tough, especially in the fifth set but I was in a similar position last year, felt like I started the fifth a little slow so I told myself literally play every single point as hard as you can, luck was a little bit on my side.

He’s the best in the world but anything’s possible… first thing on the scoreboard Friday, is 0-0. Nothing else matters, I have full belief in me and my team, we’re putting in the work and anything is possible.”

It’s obvious he needs to start well and maintain those dizzying high performance levels he’s capable of, if he’s to truly trouble Djokovic. Despite an 0-6 H2H record, the Wimbledon crowd will be on side… so who knows? A first-time semi-finalist with nothing to lose awaits Nole next. 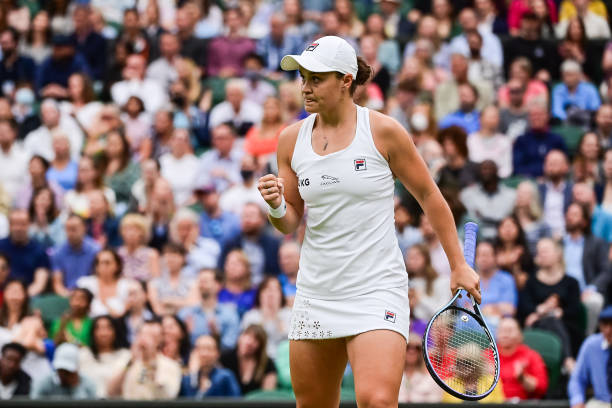