After a ninth-round KO win over Italy’s Davide Faraci, Lyndon Arthur (19-0, 13 KOs) remained unbeaten last weekend while making the first defence of his WBO inter-continental LHW title, which he won via split decision vs. Anthony Yarde on December 5. Promoter Frank Warren, who manages the pair, insists their rematch is next, despite the circumstances surrounding both.

A slow starting 2021 for Yarde 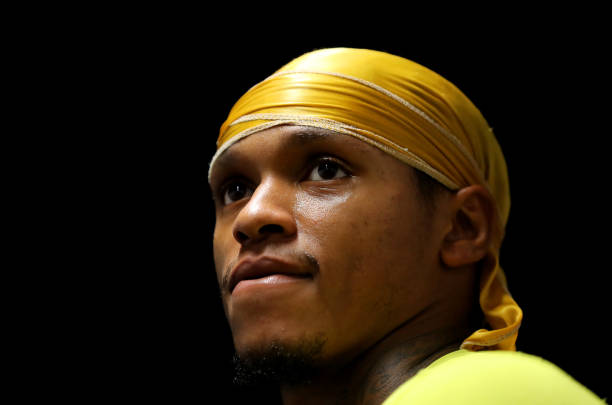 Arthur made his in-ring return on Saturday, while Yarde’s now sat on the sidelines for a second time already this year. As I reported at the time, the one-time world title challenger was set to face unbeaten German Emin Atra on April 24, only for a tooth abscess to see that date shelved.

That bout was rearranged so both British light-heavyweights would return on the same BT Sport card this past weekend, but instead, Atra withdrew on fight week with an undisclosed injury.

“Anthony should have been on the card here tonight, unfortunately for him his opponent pulled out and we’ve struggled to find one suitable for all of us but that will be Lyndon Arthur’s next fight.

They have contracted the fight, so they’ll fight each other.”

That led to some eagle-eyed fans suggesting he actually pulled out, given the late notice and weak standard of opposition in his career – as well as not having fought since December 2019.

At the start of July, Arthur said he’d much rather move towards a world title fight – as #1 contender to WBO titlist Joe Smith Jr‘s belt – but Yarde stands in the way of getting a deal done.

“They are trying to push the Yarde rematch, I’m not too bothered. I want to move on, so we’ll see what happens. It wasn’t a shock to me what happened, it was only that to people who didn’t believe in, or know about me.

I asked for that fight the first day I walked in Frank Warren’s office. I can adapt too, so it makes no difference to me. If we do rematch, I’ll win.” Per a report by ESPN’s Mike Coppinger on Monday, Smith Jr is finalising a two-fight deal of his own – mandatory challenger Umar Salamov before then facing Daniel Jacobs early next year.

Yarde (#10 WBC, #12 IBF and #13 WBO) has seen his stock fall rather drastically since a spirited display against then-WBO LHW titlist Sergey Kovalev two years ago next month.

Despite TKO wins over Diego Jair Ramirez and Dec Spelman in 2020, the domestic bout against Arthur was supposed to strengthen his case for world-level opposition – not weaken it.

That he managed to lose a split decision against a visibly injured opponent doesn’t bode well as far as this proposed rematch is concerned – especially if he doesn’t learn from mistakes made.

Only time will tell, but an extended in-ring layoff isn’t exactly going to boost his chances of success either – even with a new man alongside the much-maligned Tunde Ajayi in his corner.

Frank Warren admitted he was left feeling slightly underwhelmed by Arthur’s knockout win at the weekend, saying the Mancunian eventually got the job done against a gritty Italian, before expanding on what’s next for him and how they’re still planning for Yarde to have a tune-up fight:

“I was expecting something a little bit more [from Lyndon].

We hope that Yarde will be out before it [their rematch], we’re working on it, but that will be Lyndon’s next fight. We hoped to get it done in September, but are looking at October now.”