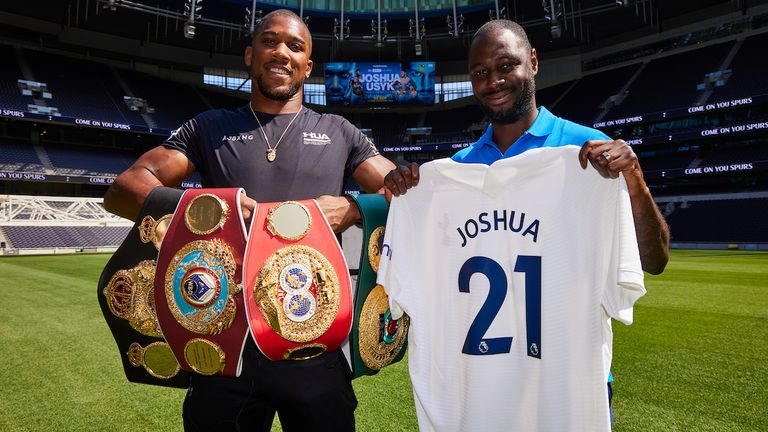 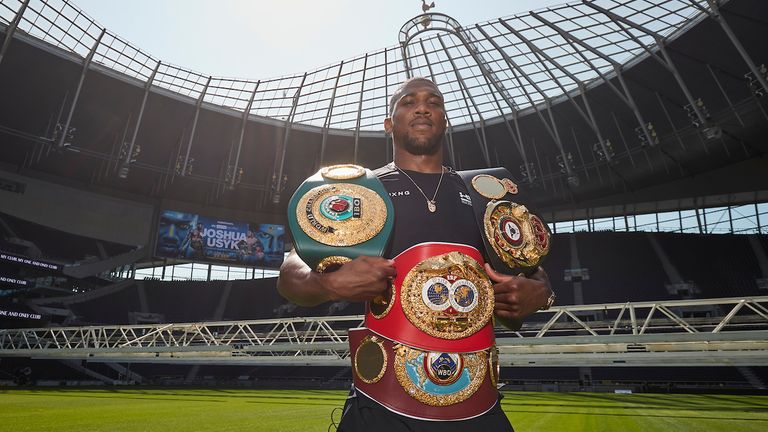 After today’s 4pm embargo (UK time) was lifted, the lowdown for this title fight is as follows:

After uninspiring but key heavyweight wins over America’s Chazz Witherspoon and a tough British litmus test in Derek Chisora, Usyk (18-0, 13 KOs) finally has his wish. A world title bout.

It’s easy to forget that, this is a man who has welcomed multiple challenges in various countries to cement himself on the pound-for-pound list. Dethroning champions and ending unbeaten records on their soil takes some doing, not least with consistency as well as increased activity. 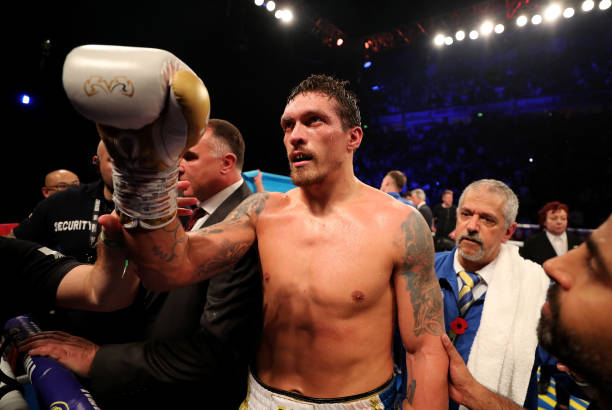 Usyk celebrates his knockout win over Bellew three years ago, in his final cruiserweight bout

Of course, it’s easy to rubbish the qualities of a man who might not appear to have the natural heavyweight power to trouble Joshua/Fury/Wilder on paper. Chisora, while a viable challenger despite his ten losses, isn’t exactly someone most look good against – just ask Joseph Parker.

Usyk weighed in at 217 pounds against Chisora, two pounds heavier than his weight class debut vs. Witherspoon the previous year. Joshua weighed in at 240.8lbs vs. Pulev, so while there’s likely to be a disparity here, it won’t matter as much as many believe come fight night.

Joshua, a significant power puncher with the physique to boot, isn’t without weakness. There were moments in his win over Pulev where he noticeably eased off when it would’ve been better to display more urgency (rounds 4-7), while Usyk’s jab and super footwork could pose problems.

If he’s able to box and move, frustrate Joshua while not being baited into frequent exchanges in the pocket, Usyk’s gameplan will work to perfection. But it has to be precisely that for 12 rounds, given questions remain about his knockout power – and the champ’s punch resistance remains.

A lot has to go his way on the night, from jabbing at range to asserting himself early on, but it’s not exactly the impossible job many had expected Ruiz was in store for two summers ago.

“This is a huge fight between two gentlemen of the sport. Wow! The two London 2012 Olympic champions are set to collide for the heavyweight crowns. Let the best man win, and we will see you again for the rematch!”

While there is fan fatigue over the way Joshua’s career has been handled in recent years, you can’t dispute the quality of opposition he’s fought (and beaten) is unrivalled. Besides Fury, Usyk is the world’s best heavyweight Joshua hasn’t yet faced. In two months’ time, that will change.

“We are two Olympic Gold medallists who’ve fought our way to the top and never avoided challenges. The stadium is exceptional, the atmosphere will be electric, I’m honoured to be the first to fight in such an awe-inspiring venue.

The stage is set, I’m ready to handle business.”

What happened? How did we get here? 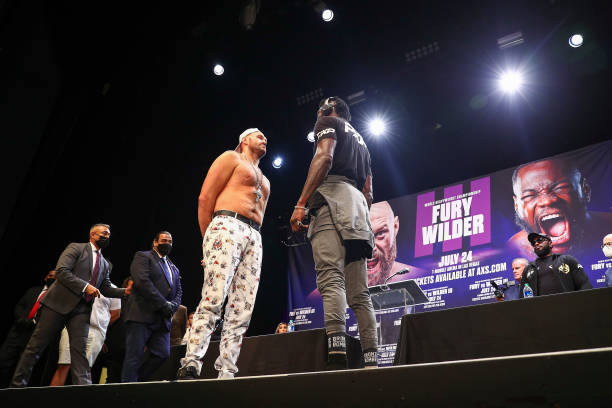 Fury-Wilder III, originally slated for this weekend, has been postponed until October 9

There was seemingly a quick turnaround in store for Joshua after reclaiming his titles vs. Andy Ruiz Jr during their December 2019 rematch in Saudi Arabia, as WBO president Paco Valcarcel confirmed afterwards he needed to defend that strap against Usyk within 180 days or vacate.

The worldwide spread and eventual shutdown of sports following the coronavirus pandemic meant that didn’t materialise, though no-one was truly interested in this matchup – not nearly as much as a domestic duel with new WBC titlist Tyson Fury after dethroning Deontay Wilder.

After an extended COVID-enforced break and minor knee injury which needed more time to recover from, Joshua eventually made his in-ring return – 371 days later – earning a ninth-round knockout win over his IBF mandatory Kubrat Pulev. Three years after they were slated to fight.

With immediate mandatories out of the way (including Usyk’s step-aside offer) and Wilder in the wilderness, surely now we’d get Joshua-Fury once and for all? Not quite. Despite this:

Despite announcing Joshua-Fury in Saudi Arabia for August 14, both camps eventually proceeded in different directions after it was obvious there were many obstacles to overcome after the result of Fury-Wilder’s arbitration went the latter’s way, exercising his rematch clause.

After a COVID-19 outbreak within Fury’s camp, their trilogy bout was promptly rescheduled and is now expected to be settled on October 9 in the United States – two weeks after Joshua-Usyk.

Assuming they both win, and again they’ll be favoured to do so, the Joshua-Fury merry-go-round will repeat itself with Joe Joyce (WBO) and Dillian Whyte (WBC) the next mandatories.