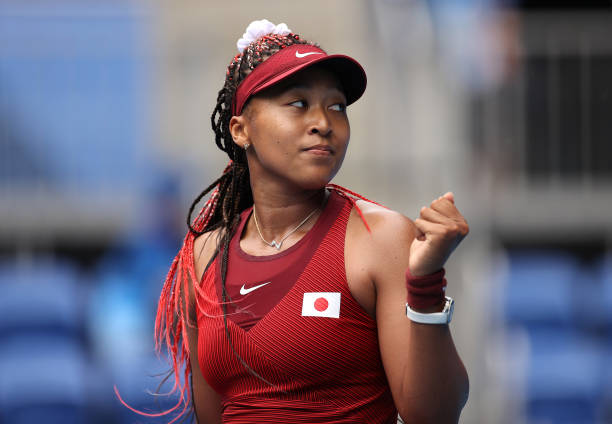 After earning straight-sets victories against China’s Saisai Zheng and last month’s Wimbledon quarter-finalist Viktorija Golubic, world number two Naomi Osaka revealed she was in a better place mentally since taking a break from the tour. Having returned at home in Tokyo, the 23-year-old said she’s putting pressure on herself to perform after lacking match practice of late.

As more seeds fall, women’s draw opening up for Osaka 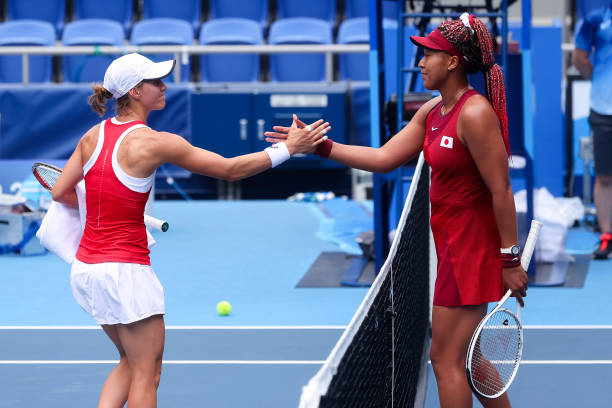 Osaka shakes hands with Golubic after winning 6-3, 6-2 in 67 minutes during the early hours today

Iga Swiatek lost several minutes ago to Paula Badosa at the #Olympics.

She is still sitting in her chair, sobbing. 🥺 pic.twitter.com/3xAOHaEpRg

Barty’s surprise exit means Osaka is the top seed remaining and having already cruised past one of this year’s Grand Slam quarter-finalists in Switzerland international Golubic, the four-time Major winner didn’t drop her serve while only facing one break point opportunity throughout.

“I put this pressure on myself to do well because I know that I don’t play that many tournaments. For me, I feel like I’ve watched these players [playing the tournaments] while I was on my break, so just really want to do well.

As long as I work hard, relatively keep my head down, then good things will happen. For me, it’s a dream to be here, to play the Olympics. This is my first one, so I’m just trying to cherish the experience.”

Osaka will play against Czech Republic’s Marketa Vondrousova overnight (04:30 estimated start), with the winner set to play against either Swiatek’s conqueror Badosa or Argentina’s Nadia Podoroska in the quarter-finals. Intriguingly, this is a first H2H meeting between the two.