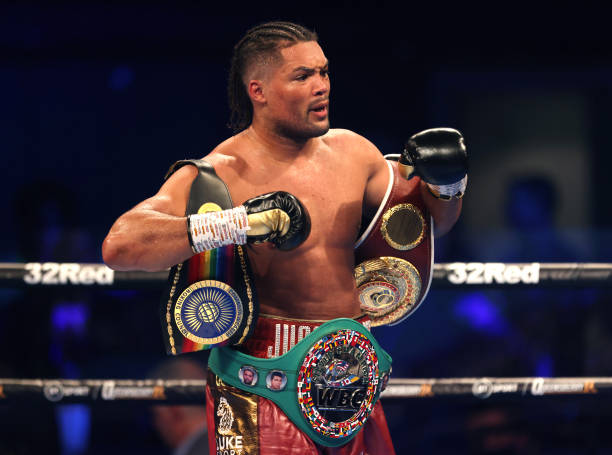 After ending Carlos Takam’s night with a sixth-round TKO finish on Saturday, he called for a title fight against the AJ-Usyk winner ringside. Nonetheless, British heavyweight contender Joe Joyce (13-0, 12 KOs, #2 WBO) knows it’s not that straightforward – as much as he’d like it to be – considering he’s 36 in September and doesn’t have time to waste hovering below the top guys.

Job done, but more questions than answers after Joyce’s display 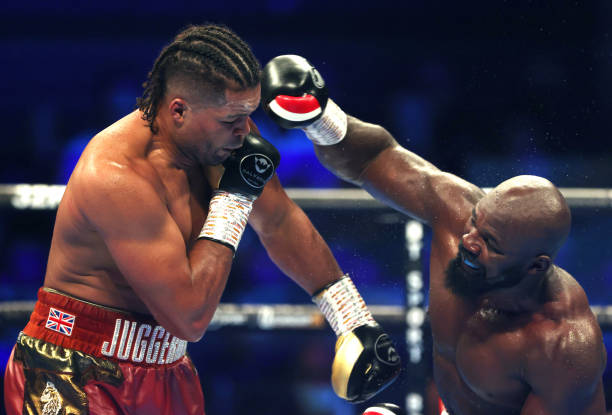 Joyce was caught on numerous occasions by Takam’s overhand right, during a competitive start

Joshua (2017) and a recently-retired Alexander Povetkin (2014) needed ten rounds to finish him off. Joseph Parker couldn’t knock him out five years ago. Derek Chisora did so in eight.

Yet, despite being the quickest boxer to stop the experienced Frenchman during his 16-year professional career, Joyce flattered to deceive at times over the weekend at the SSE Arena.

After another unnecessarily long layoff – just shy of eight months – having derailed Daniel Dubois’ hype train before Christmas, the Juggernaut returned to headline a card against a respectable opponent in seasoned veteran Takam (39-6-1, 28 KOs), but was expected to shine.

Instead, he started slowly after an eccentric entrance that had social media buzzing, absorbed too many power punches for comfort, then seized the advantage as Takam fatigued: starting round six with ferocity that the 40-year-old couldn’t match, ultimately proving the final stanza.

“I’m pretty tough as they come. So, you know, I weathered the storm and fired right back. It has to do with technical skill and tactics, being able to ride shots, block and use my footwork. The sweet science of boxing, I used to great effect.

When I get back to the hotel, I tend to watch my fights back and analyse my performance, learn from my mistakes. If I get hit with silly shots then you know, there’s something I can work on in the gym and keep on improving.”

While everyone raced to pick holes in Dubois’ arsenal last November, Joyce wasn’t exactly flawless that night – losing on two of the three judges’ scorecards when DDD couldn’t continue.

So while former cruiserweight champion turned analyst Tony Bellew might try convincing you that Joyce poses genuine problems for the top heavyweights, he simply needs to do more.

Being there until the final bell and “making you work” isn’t going to help him win a decision against anyone of Joshua/Fury/Wilder/Usyk, especially considering the latter already beat him while both were amateurs and the former trio pose far more problems than pure precision.

His promoter Frank Warren already identified Dereck Chisora (32-11, 23 KOs) as a potential opponent, but unsurprisingly, Del Boy wants to right the wrongs against former world champion Parker after their May 1 bout ended in a split decision defeat.

That, as well as the impending AJ-Usyk and Fury-Wilder 3 bouts, puts Joyce in an awkward position but one he shouldn’t shy away from – taking a page out of the Dillian Whyte book by staying active while the division sorts itself out, smart but challenging opponents, makes sense. 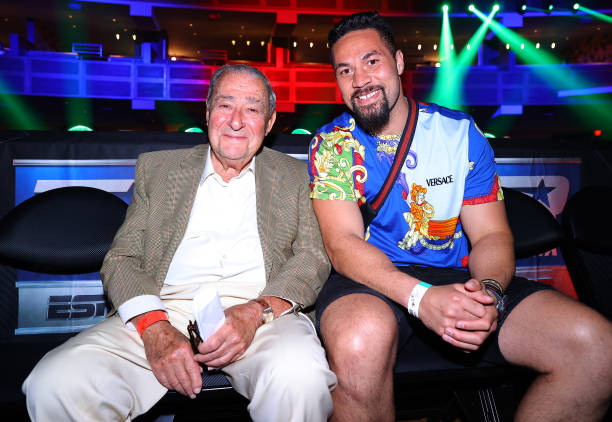 Why not step it up a notch? Luis Ortiz and Andy Ruiz aren’t booked, neither is Parker – who is conveniently #3 in the WBO and has spoken of a desire to return to world title contention.

“We’re looking at fighting sometime in November. There were a few options on the table, but it’s a little hard to lock in fights at the moment. They’re out there to be made, but the only fight looking likely would be Chisora.

I’m down to take any fight there is, any keen to fight, it just has to make sense in terms of climbing the ladder and getting closer to fighting for a world title.”

Regardless of the Joshua-Usyk winner, a final eliminator between #2 and #3 for the WBO strap makes sense. Joyce gets to justify his standing as a top heavyweight, while facing his toughest test yet – best resume, a former world titlist, who has previously fought both Joshua and Whyte.

That idea almost makes too much sense to be finalised before the year’s over, but Joyce cannot afford to rest on his laurels and needs a step-up in opposition – not regress after the Dubois win.

If anything, his patchy showing against Takam amplified that fact, if he’s to give himself the best chance at winning a world title before he retires. Time is of the essence, but patience is key too.