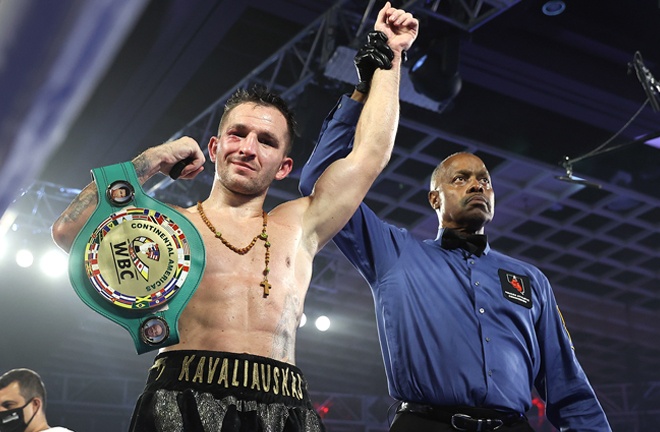 Ahead of their compelling bout on August 14, one-time welterweight title challenger Egidijus Kavaliauskas (22-1-1, 18 KOs) is eager to test his credentials against rising unbeaten star Vergil Ortiz (17-0, 17 KOs) as the pair prepare to duel for the WBO international strap next weekend. 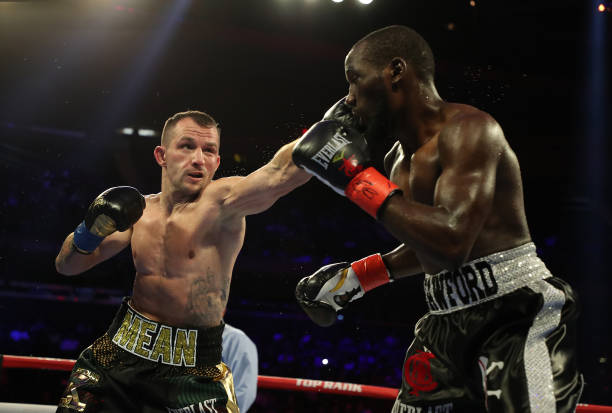 Kavaliauskas acquitted himself well against Crawford in Dec. 2019 before losing via R9 TKO stoppage

Speaking to proboxingfans.com after his last fight, an eighth-round TKO win over Canada’s previously unbeaten Mikael Zewski in September 2020, Mean Machine stressed how he needed a return to winning ways and did so with relatively little fanfare in Top Rank’s COVID-safe bubble.

After all, it was his first bout since losing to WBO welterweight titlist Terence Crawford, during a challenging night for the champion in entertaining circumstances at Madison Square Garden.

“It was pretty awesome, how I felt after the fight. I wanted to knock the guy out and did it, everything went almost completely to plan.

I needed to get back to winning, keep knocking guys out, I don’t want easy fights or easy opponents: I want to get right back into the big fights.

After the loss, I wanted to get straight back to the gym within a couple of weeks. Keep busting my ass so I can get 100% out of my capabilities: get up the rankings, my mandatory position to fight for the title and get that rematch.”

They don’t get much bigger than a surging young star in Ortiz Jr (#1 WBO, #4 WBC), who produced a statement display en route to knocking out Maurice Hooker on March 20. 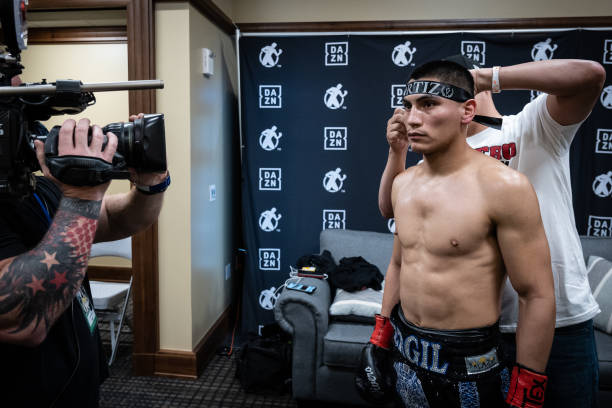 Eric Gomez, Golden Boy Promotions’ president, hailed Ortiz Jr as a legitimate box office draw after the Hooker win. Six weeks earlier his head trainer Robert Garcia said their team wanted him to become a world champ at 147lbs before moving up in weight as he continues growing.

It makes this matchup more intriguing, given what’s at stake for both. Kavaliauskas isn’t getting any younger at 33 and should be inspired to emulate Shawn Porter’s road back to the top.

As quoted by BoxingScene, the Lithuanian – armed with a decorated amateur resume – spoke highly of Ortiz Jr and is looking forward to a challenging night. Can he snap the youngster’s knockout streak, causing an upset? Crawford called for this matchup, ignoring Ortiz’s callout.

“He’s a tough, good fighter, I like his style and think it’s gonna be a super good fight. I’m hyped, been waiting for this, it’s going to be very interesting. I wanna get in the ring with him.

We will see [if Ortiz has] experience, we’ll see about [his] intelligence in the ring, [his] pressure, punches, the power. He’s a smart boxer, fun fighter so there’s going to be fireworks. He looked good [vs. Hooker], but got hit a lot.”

I’ll be covering this fight next weekend, so stay tuned for more coverage ahead of a welterweight clash that may have big implications as far as the division’s landscape is concerned in 2022…