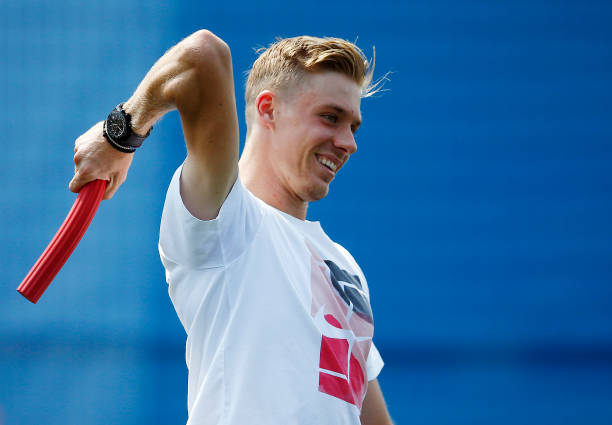 After struggling for consistency so far this year, 2019 US Open champion Bianca Andreescu (world no. 8) said she’s enjoying herself again under a new coach in Sven Groeneveld, who previously worked with Maria Sharapova. Meanwhile, Canadian compatriot Denis Shapovalov (#10) is excited and itching to continue his momentum after a successful grass court season.

with a fresh coaching change, Andreescu is excited again 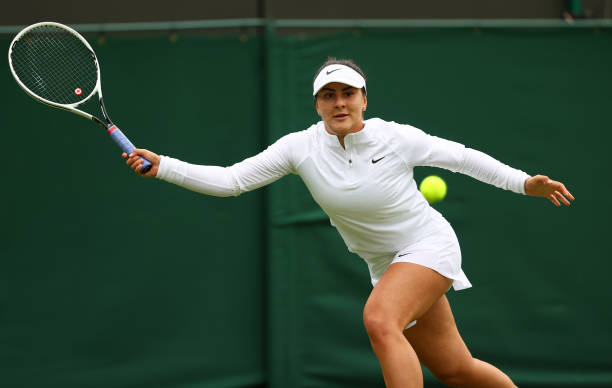 Andreescu’s 2021 Slam swing: R2 in Melbourne, before first-round exits in Paris and Wimbledon

Having recently split from coach Sylvain Bruneau, Andreescu defends her National Bank Open title with a new face in the players’ box this week. Speaking to journalists ahead of the Montreal event, the 21-year-old praised Groeneveld and spoke of her excitement at what’s to come:

“I’m really enjoying myself on and off the court.

We get along, he has great knowledge and I already see a lot of improvement on the court – tennis, mental aspects – so I’m feeling very confident. We had a good connection on [a video call], I was hoping it would be the same in person and it was, so I’m really excited for this trial period.”

Groeneveld, 56, spent five years as Maria Sharapova’s former coach and boasts an impressive list of players that he’s had under his wing for over 30 years now. That includes multiple former world no. 1 players on the WTA Tour, from Monica Seles to Ana Ivanovic and Caroline Wozniacki.

Andreescu, who hasn’t played since France’s Alize Cornet beat her 6-2, 6-1 on June 30, starts the tournament against British qualifier Harriet Dart after progressing past wildcard LA Fernandez. 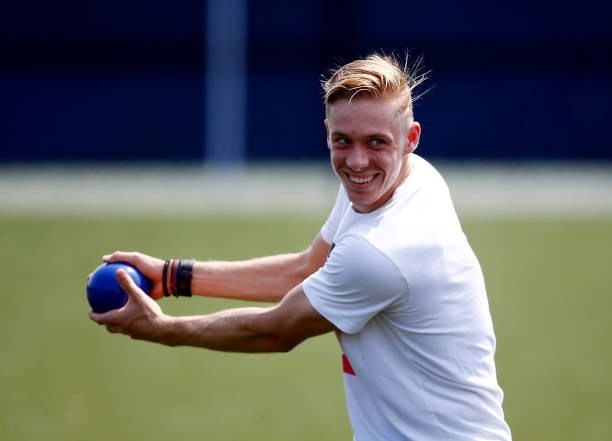 Having reached his first Grand Slam semi-final last month, Shapovalov is relishing the return to home soil this week on a hard surface as Toronto’s National Bank Open awaits him.

During a pre-tournament press conference, he was quoted as saying:

“I’m super excited, the momentum is great from Wimbledon and I just feel like the past couple months, my game level has improved a couple more steps up. I feel like a confident player right now, I’m able to compete with anyone, becoming a really big threat. Those are definitely super positive things for me.”

Shapovalov was left in tears after losing a gripping semi-final clash against Novak Djokovic at SW19, departing against the eventual champion, but cites that as a crucial learning experience.

“I’ve always backed myself against any player, but especially [at Wimbledon], my game was really at that level to go far and even lift the title.

It was a good feeling and coming off that tournament, all the emotion from those two weeks kind of got to me – that’s why I had that reaction [crying] after the match. It was just a combination of everything.”

Shapovalov, who lost in three sets against Czech Republic’s Vit Kopriva in the second-round at Gstaad on July 22, hasn’t played since. He’ll start his tournament against Japanese qualifier Yoshihito Nishioka or Frances Tiafoe, who snuck into R1 as a lucky loser through qualifying.