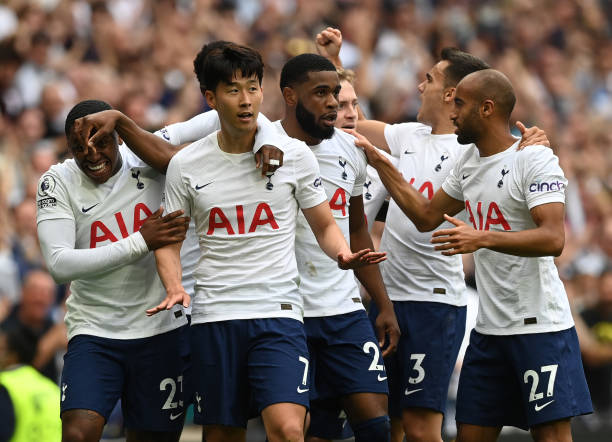 Tottenham players had their backs to the wall, the world watching intently as their talisman was absent against the team he wants to join… but still found a way to start the new Premier League season with a 1-0 win over Pep Guardiola’s men on Sunday. Surprised? Not quite.

Spurs start as they mean to go on under Nuno 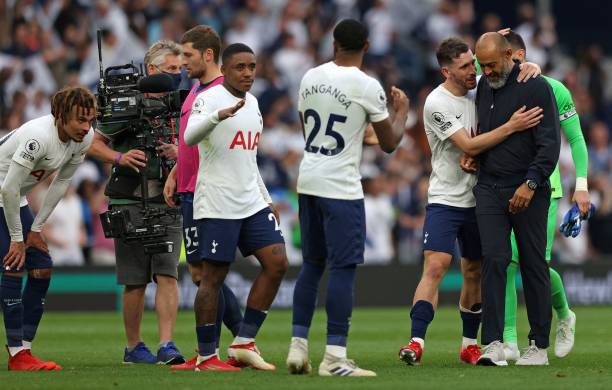 Often, it can feel like the Premier League’s biggest storylines write themselves. As Tottenham hosted defending champions Manchester City on Sunday afternoon, another intriguing sub-plot was bubbling underneath the surface before kick-off.

Newcastle and West Ham were firmly engrossed in a six-goal thriller some 280 miles north, but attentions among most on social media had already turned to whether Harry Kane was pictured walking off Spurs’ team bus or at the stadium before team line-ups were announced.

After overseeing an unbeaten pre-season, new manager Nuno Espirito Santo was without his vice-captain and talismanic forward, who scored 23 league goals and assisted 14 more last term.

Playing the side he’s likely to join only compounded matters, for an ambitious but frustratingly inconsistent group of players who’ve all too often had drama following them in recent seasons.

Without their creator-in-chief, how were they going to stand a chance against Pep Guardiola’s stacked side, complete with their record-breaking acquisition in £100m midfielder Jack Grealish?

England under-21 defender Japhet Tanganga answered that question, rather emphatically, after just 50 seconds as he shut down Raheem Sterling’s attempts to evade him. Not for the last time. 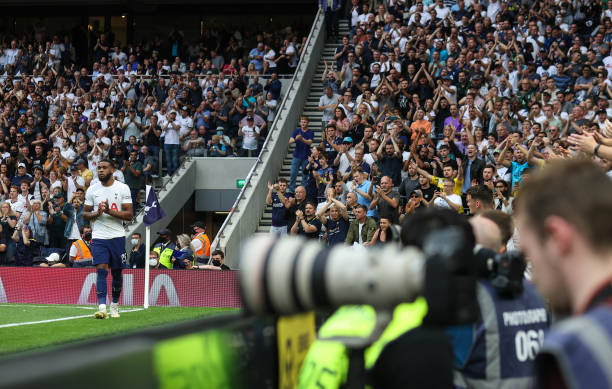 Collectively they were fearless, taking the game to their visitors and hitting them on the counter.

Heung-Min Son – Kane’s attack partner – bamboozled City’s retreating backline in transition and left Ederson rooted to the spot, curling an effort into the far corner from 20 yards out. You couldn’t script it any better, given he’d signed a new four-year contract extension last month.

Now, they’re unbeaten in four home H2H meetings against the league’s best team since moving into their new state-of-the-art stadium two years ago, winning all four with clean sheets to boot. All things considered, if only they could play like this every week… Who needs Kane after all, eh? 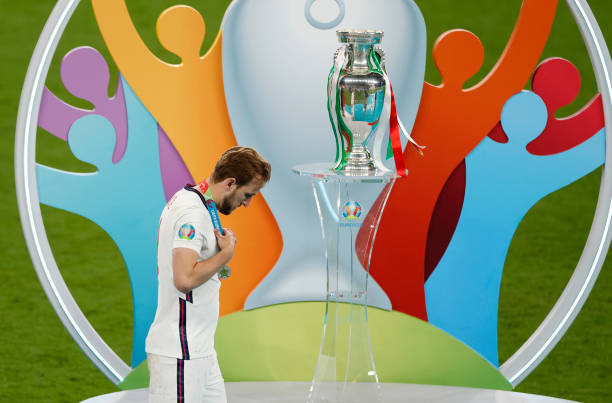 Kane was part of the England team who fell short at the Euros, but hasn’t yet returned for Tottenham

Now, they’re unbeaten in four home H2H meetings against the league’s best team since moving into their new state-of-the-art stadium two years ago, winning all four with clean sheets to boot. All things considered, if only they could play like this every week… Who needs Kane after all, eh?

The current Premier League odds have Spurs marked down as fifth favourites to clinch their first domestic title for 50 years, with City unsurprisingly still favoured to retain the crown next May.

Although they won it with multiple games to spare last term, other rivals have predictably strengthened and they’ll need to address their Sergio Aguero-shaped hole in attack before long.

It’s why, besides acquiring Grealish, there’s an ever-growing sense of unease among supporters who believe their biggest team needs for the campaign haven’t yet been addressed after being exposed during a heartbreaking Champions League Final defeat by Chelsea two months ago.

Nuno finds himself in an awkward, sensitive position trying to downplay the situation but considering the eyewatering money on offer to get this deal done, chairman Daniel Levy should bite the bullet and look to reinvest the money better than they did after Gareth Bale left in 2013.