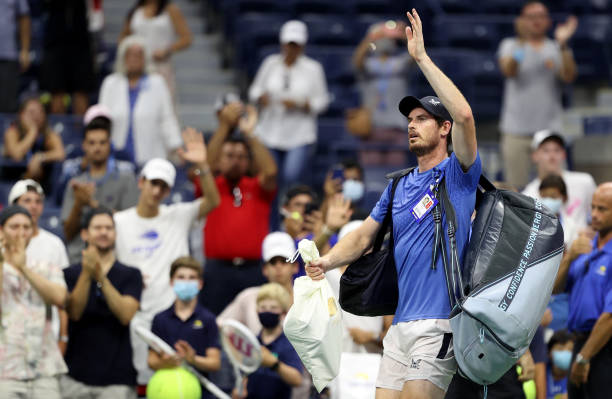 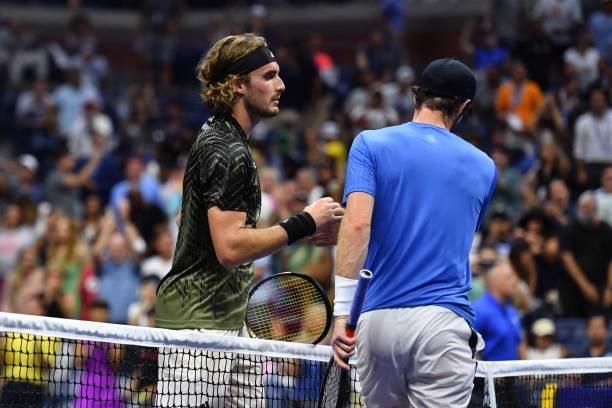 Murray’s cold handshake after match point, having been left angry with Tsitsipas’ behaviour

There was a lot to take from this match, but the overriding sense of pride and perspective is important for Andy Murray to glean – once the adrenaline has subsided – after being engrossed in a back-and-forth thriller that could’ve gone either way up until the very last game.

After all, this is the very same player who looked destined for retirement two-and-a-half years ago. His tour rivals and friends combined to make a tribute video – prematurely – thanking him.

He was handed a nasty draw, such are the conditions when the 34-year-old has been so inactive this year, but took the fight to Tsitsipas from the first ball and will be left wondering what might’ve happened had he seized one of two set points in a pulsating second set tiebreak.

Down 6-4 on the Brit’s serve, Tsitsipas raised his level under pressure winning five of the next six points to recover and claim a much-needed leveller as the plot suddenly thickened. Murray took the third set 6-3 to lead 2-1, but still, you couldn’t help sense there was more life in this one yet.

Within a flash, Murray looked leggy again and was second best as Tsitsipas’ level raised once more – crunching winners on the lines, serving four aces and looking assured with a 5-0 lead.

It helped that his adversary’s serve speed noticeably dropped, having averaged 119mph (first two sets) and 118mph (third), going down to 112mph as Tsitsipas established his return game and made him pay, despite previously using a medical timeout after jarring his toes mid-point.

Murray briefly created doubt by asking the serve it out question down 3-5, but this thriller was headed for a deciding set, much to the crowd’s delight. Then, the Greek took a seven-minute bathroom break and the former world no. 1 fumed his way into being an early break down. 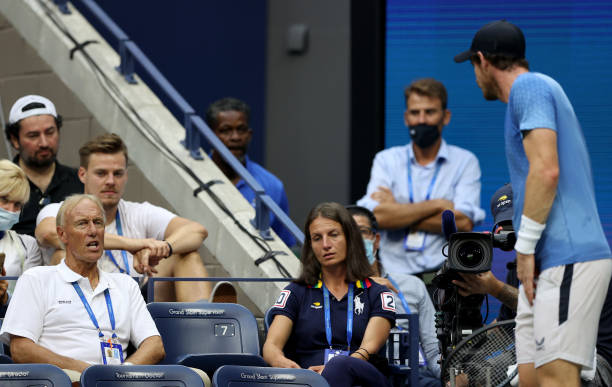 It wasn’t illegal, but it hurt Murray’s momentum and he refused to let it go as the fifth set unfolded. Having already been left compromised by slippery shoes earlier on – a byproduct of the New York humidity – he was characteristically grouchy while Tsitsipas held his nerve.

"And you guys do nothing. 'Let's talk about it after the match,' but right now is when it matters."#USOpen

All things considered, this will be a tough loss for him to take but he should take plenty of heart from a display that only justifies confidence in an ability to match the world’s best. He just needs better execution during tight moments, which comes from increased match sharpness… 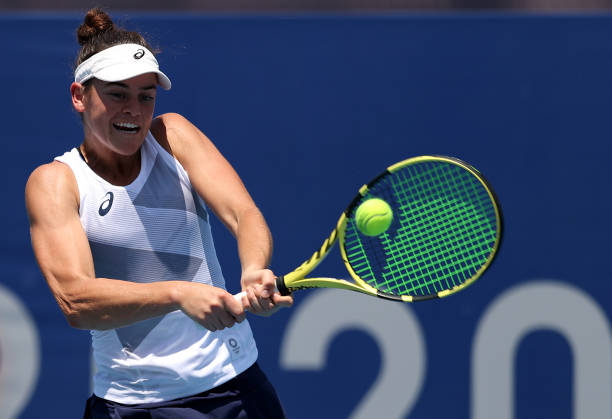 Jennifer Brady, pictured here at the Tokyo Olympics, withdrew with a knee injury

Jo-Wilfried Tsonga, thrice a US Open quarter-finalist (2011, 2015, 2016), withdrew with a right leg injury and was replaced by Japanese lucky loser Yuichi Sugita.

Norway’s Casper Ruud (#8 seed) dropped just seven games against him and now faces Dutch qualifier Botic van de Zandschulp on Wednesday in round two, who did well to recover from two sets down and eventually oust Spain’s Carlos Taberner on a forgettable main draw debut. 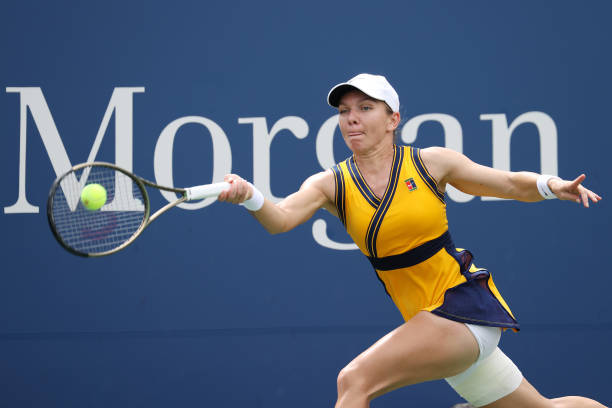 Simona Halep made a successful return to Grand Slam tennis but had to work for her 6-4, 7-6 win over Italy’s in-form Camila Giorgi, who clinched the Montreal title on August 15. This was their first H2H meeting for six years and the pair of 29-year-olds recorded 30 winners combined.

The crucial stat in the two-time Major champion’s favour though, was a considerably lower unforced error count (16, compared to Giorgi’s 31) over a nip-and-tuck affair lasting 95 minutes.

The 12th seed will next face lucky loser Kristina Kucova in the second round, after the Slovakian overcame a tricky start to eventually breeze past America’s Ann Li 7-5, 6-1.

Speaking of difficult opening round matches: Another two-time Slam titlist in Garbine Muguruza held her nerve during two tiebreaks to eventually beat Croatia’s Donna Vekic 7-6 (7-4), 7-6 (7-5) in just under two hours 30 minutes in a matchup featuring 19 aces and 66 winners.

Armed with 38 winners and just 13 unforced errors, Norrie had an uphill climb after being broken late in set one. It means the 18-year-old won on all of his four Grand Slam debuts. Up next is France’s Arthur Rinderknech, who fought from 2-0 down to beat Serbia’s Miomir Kecmanovic. 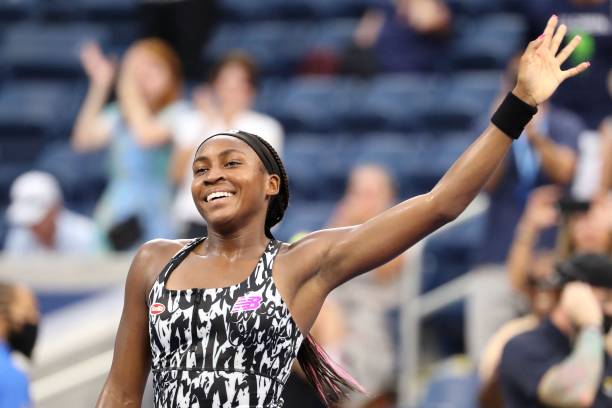 After Brady’s aforementioned withdrawal, Coco Gauff is the highest-ranked American woman left in this year’s draw. At one stage overnight though, her three-set win over Poland’s Magda Linette was looking increasingly more like a shock straight-sets defeat by the world number 47.

Gauff looked ponderous and down on her luck, such was Linette’s ability to regularly win the longer rallies while making the youngster cover distance aplenty wherever possible – appearing to impact her shot selection at times as she was suddenly down an early second set break.

Armed with compatriot and former world no.2 Agnieszka Radwanska in her player box, Linette looked destined to build on a summer that has seen her beat Ashleigh Barty at Roland Garros, Elina Svitolina at Wimbledon and Daria Kasatkina last week in the Cleveland warm-up event.

Despite a wobble from 4-0 up in the deciding set, Gauff eventually closed things out to win 5-7, 6-3, 6-4. However, she’ll need to clean up that unforced error count (42) to go deep at her home Slam, not least with 2017 champion Sloane Stephens next up on the agenda come Wednesday.

Stephens went the distance and eventually knocked out that year’s runner-up Madison Keys 3-6, 6-1, 7-6, in a duel between two unseeded close friends with the potential to beat anyone on their day. The problem is, their day doesn’t come around often enough at Major tournaments. 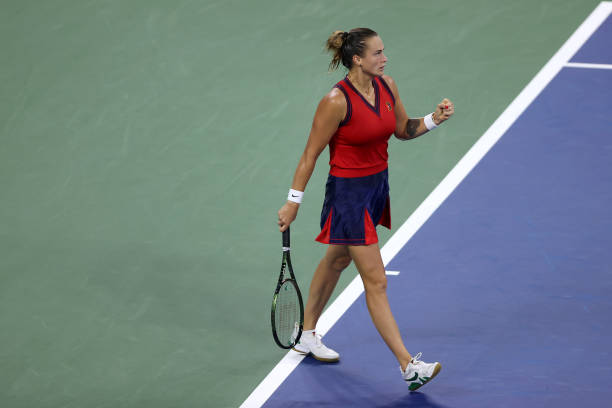 Sabalenka dismissed Stojanovic, but not without difficulty after some shaky serving

As for Aryna Sabalenka, one of her biggest weapons almost proved her downfall too – 13 aces and 13 double faults against Serbia’s Nina Stojanovic, who hasn’t played since the Tokyo Olympics last month but certainly gave the second seed a serious problem in the early hours.

After losing a competitive first set 6-4 that could’ve gone either way, the 25-year-old refused to be blown away by Sabalenka’s power and kept forcing her to play extra balls during their rallies, which eventually produced more errors – such is the Belarusian’s high-risk, high-reward style.

She was forced to cover more ground between points but was up for the task, though Sabalenka did well to refocus – rather than dwell on missed opportunities – after losing the set two tiebreak 7-4. Earning an early break of serve in the decider, the world no. 2 never looked back. 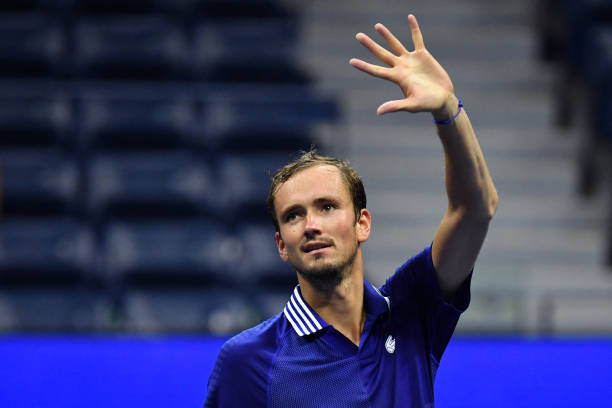 Osaka, Bautista Agut and Medvedev were all successful during a late but drama-free night session

Elsewhere, Naomi Osaka got her US Open title defence off to a good start during a short night session – winning 6-4, 6-1 against Czech Republic’s Marie Bouzkova, who lost steam rather drastically in set two after wowing the crowd with her shot-making during a purposeful start.

Roberto Bautista Agut (#18th seed) emerged unscathed and made rather quick work of Nick Kyrgios, winning 6-3, 6-4, 6-0 in just under two hours with 34 winners and 14 unforced errors.

World number two Daniil Medvedev had a harder assignment for large periods given the intensity of rallies contested, but also managed to book his R2 berth in straight-sets (6-4, 6-3, 6-1) against French veteran Richard Gasquet, who was visibly physically struggling towards the end.