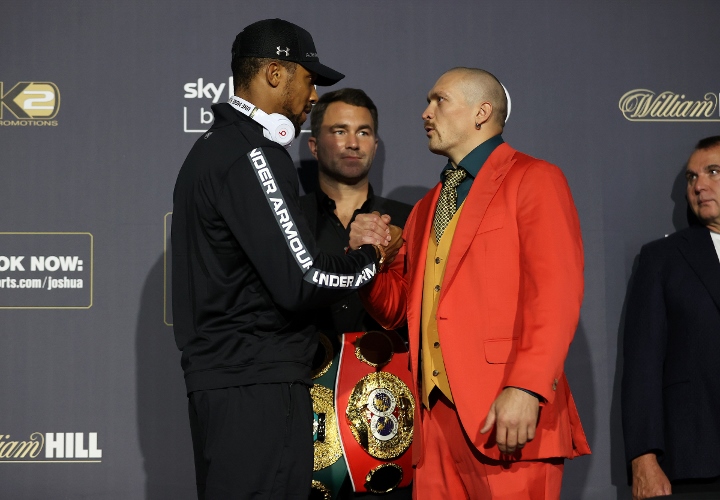 Ahead of his heavyweight title defence this weekend, Anthony Joshua – who holds three of the four belts at world level – warned mandatory challenger Oleksandr Usyk of what’s to come for the unbeaten Ukrainian, who many believe must box smart and go the distance to outlast AJ.

Joshua is under pressure, and why wouldn’t he be? 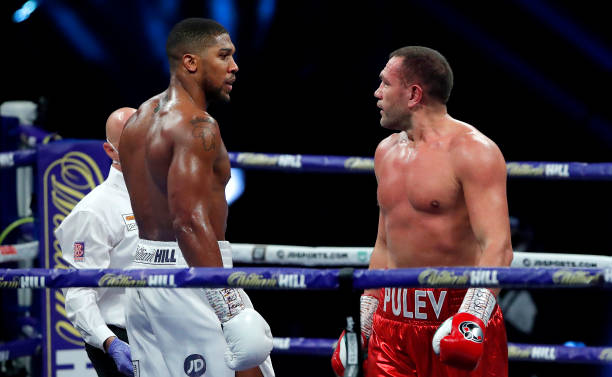 That time, it was a 1,000-strong COVID-restricted crowd at Wembley Arena. This time, more than the 62,850 football capacity will be packed into the Tottenham Hotspur Stadium as English sport gets their first big night out since the pandemic shut down the world just before spring 2020.

Also read: If Bud is the division’s pinnacle, will Shawn Porter finally rise to the occasion?

As quoted by Boxing Scene, the WBO, IBF, WBA and IBO world heavyweight champion revealed how he’s feeling better now than ever before.

“I feel better now than I did going into the [Wladimir] Klitschko fight, it’s not about nerves but I’m just more experienced and know what I’m doing.

I know what I’m going to do – I just know – a knockout. It’s Kronk style, I’ve been watching a lot of certain things – I like Emanuel Steward’s mindset. Obviously, you have to do your ABCs but if you follow them you get to KO.

That’s what I’m here to do – put on a spectacular show. People want to see knockouts, that’s what we’ve got to deliver for the fans.”

Meanwhile, Usyk isn’t ntimidated by their size disparity – pointing at David Haye’s decision to move up to heavyweight, where he beat 7’1, 300+ pound Nikolai Valuev to win WBA gold in 2009.

“I think, at first, it will be chess. People talk a lot, they say the truth or not, it’s all talk. We will see on Saturday what happens.

The power is not about whether someone is big or small, it’s in your spirit. Haye was three times smaller than Valuev which shows that it doesn’t matter.”

Will Joshua retain? Can Usyk pull off the upset in enemy territory once more? I’ll have coverage of this fight, and the rest of the card, on Saturday night.