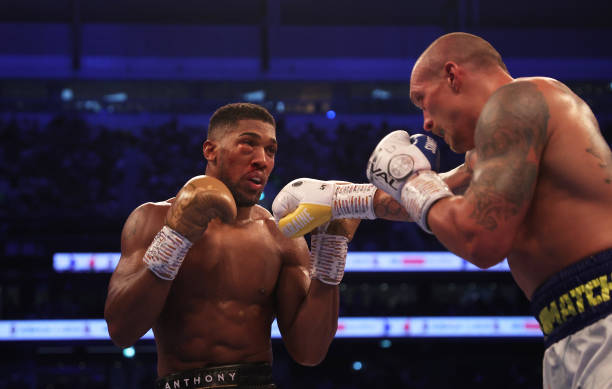 Spoiler role played perfectly. Former unified cruiserweight champion Oleksandr Usyk produced a boxing masterclass, with fantastic movement and a series of stinging left-hands – almost stopping Anthony Joshua on his feet in the twelfth round before ultimately winning the WBA, IBF, WBO and IBO heavyweight titles: 117-112, 116-112, 115-113 on the three judges scorecards. 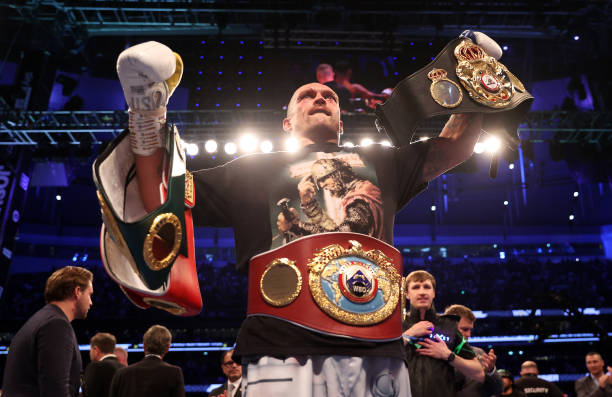 Who said I was too small? Usyk lifts his new heavyweight titles aloft in north London

There’s a new heavyweight king in town. Oleksandr Usyk played the spoiler role again in England and did so from the opening bell, absorbing the north London crowd, outfoxing Anthony Joshua, threatening a finish on multiple occasions en route to a commanding points win.

The result is a surprise to many, but equally, it really shouldn’t be. Usyk was heralded as the toughest test of Joshua’s career to date and through four rounds, his technical prowess visibly startled the champion as he needed to make adjustments to avoid being blown out of the ring.

After a handful of straight left-hands caught Joshua clean in round one, Usyk’s herky-jerky movement caused him to overthink decisions and the jab simply wasn’t landing.

The Ukrainian’s purposeful start exposed Joshua’s limited lateral movement as things worsened before they improved for the fan favourite – staggered back with another stinging straight left as Usyk’s pressure told through nine minutes. Round four was closer, but there was a clear leader.

The tide began turning in round five, as Joshua finally started investing to the body but wasn’t particularly active enough with Usyk’s looping lefts continue to catch him clean on the chin. 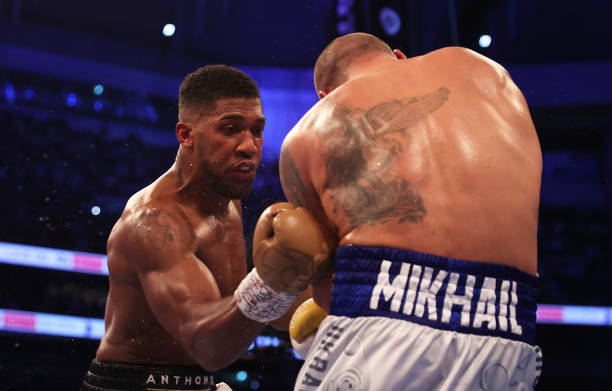 Joshua invested to the body in the middle rounds, but lacked the urgency and impetus throughout

Appearing to control the fight pacing better, Joshua was applying pressure in R6 as he tried asserting some urgency of his own and you could sense he consciously knew he was losing.

Landing a series of right-hands to hurt the challenger, Joshua stalked his prey but this promising period wouldn’t last long without sustained output. In DAZN’s commentary booth, multiple-division champion and Hall of Famer Roy Jones Jr said Usyk’s power had started to diminish.

Almost as if the 34-year-old heard Junior’s comments ringside, the former cruiserweight champion responded well with more of the same offense that brought him success in the early rounds: a series of left hands, more smart footwork and again Joshua was stumbled backwards.

R8 was a positive one for the champion, landing multiple body shots – including a few low ones – which Usyk took umbrage at, but the referee ignored his subtle complaints. Uppercuts, digging body blows and swiping right hands landed, but where was this output earlier?

Both had their moments in R9 as the referee had to separate them a few times in the clinch, another topsy-turvy round for the three judges ringside to score.

Usyk, aware of Joshua’s power, wasn’t afraid to trade shots with him and had naturally grown in confidence – having already hurt him twice – as the champion’s legs were far from steady. 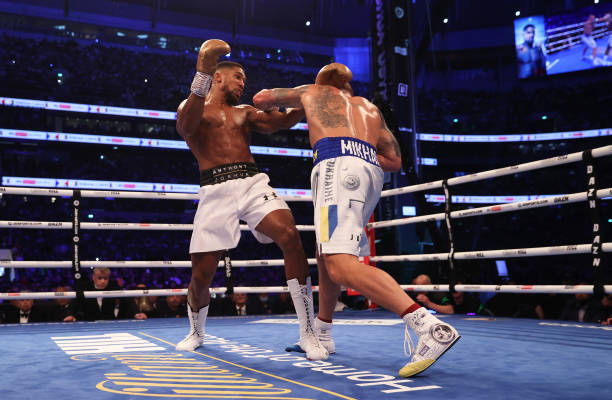 He glared at the referee again in R10 as their tense game of cat-and-mouse continued, but not for much longer. Usyk landed the cleaner punches throughout, while Joshua’s work was often sloppy despite possessing more knockout power by comparison. It could’ve ended worse still.

Staying light on his feet and continuing the pressure as they exchanged in the pocket, Joshua jabbed his way back towards centre ring during a competitive R11 but Usyk remained on top.

The disparity between the pair was stark in the final round, as Usyk outworked the champion whether they engaged in close or boxed at a distance – the 31-year-old’s wobbly legs returned and he was truthfully fortunate to see the final bell: Usyk increasing his output in the final stages.

The scene afterwards rather spoke volumes: Usyk with his head down, centre ring, saying a prayer as multiple people were attending to Joshua… who still hadn’t got off his stool to finish. 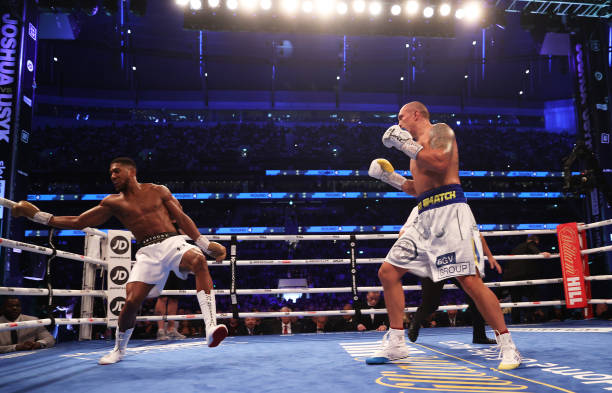 Usyk didn’t have a power advantage over Joshua, but used technique and punch precision brilliantly

Whether he showed his fellow Olympic gold medallist too much respect or just started sluggishly, it took Joshua far too long to problem-solve and make the necessary adjustments against a superior technical boxer who happily seized the initiative early on.

Pre-fight, Tony Bellew and Dillian Whyte – who have intimate history with both men – stressed the importance of Joshua making his presence felt and getting Usyk on the defensive early on.

The former actually mentioned his gritty domestic duel against Whyte in 2015, as the type of fight this would need to be, if Joshua was to have the best chance of success.

Thing is, Usyk let Derek Chisora get close to him and tested himself. We’ve seen the extent of Joshua’s speed and footwork but it wasn’t on display until he was already comfortably behind.

In the end, he tried to outbox a more technical opereator and fell well short. Many said this was an off-colour display, but one has to wonder whether the scar tissue from his Andy Ruiz defeat remains, especially given he was hesitant to let his hands go with the same vigour he once did.

Joshua will likely exercise his rematch clause, but Usyk is no Ruiz. He too will have learned plenty from this experience and can replicate it, whether it’s on enemy soil again or not.

Judging by the post-fight verdict by fans and critics alike, the 34-year-old’s display has finally earned him the long-awaited credibility his cruiserweight resume deserved.

It’ll be interesting to see how Fury-Wilder 3 unfolds on Oct. 9 but there are many new questions that have emerged after an evening where Joshua was dethroned for a second time: the manner of the first was genuinely shocking, whereas there was a sense of foreshadowing in this instance.

Elsewhere on the prelims, there were emphatic knockout victories for WBO cruiserweight champion Lawrence Okolie vs. his mandatory Dilan Prasovic (R3, 1:57) and a returning Callum Smith – who moved up to light-heavyweight, scoring a scary KO finish against Lenin Castillo.