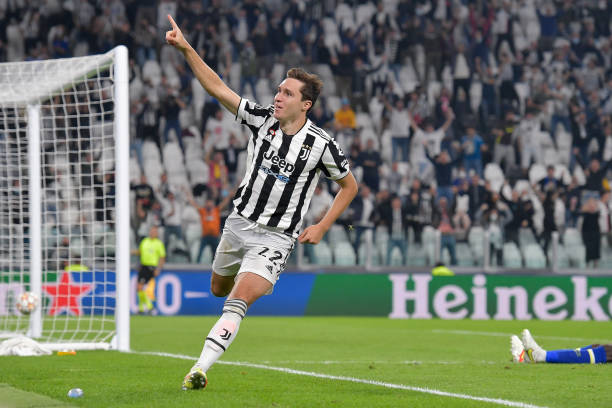 Federico Chiesa’s winner, 11 seconds into the second-half, felt inevitable after multiple warning signs were ignored but typified just how Chelsea – with their 73% possession and half-chances galore – laboured through proceedings in Turin. If Thomas Tuchel’s men are going to successfully defend their Champions League crown, they can’t afford more displays like these. 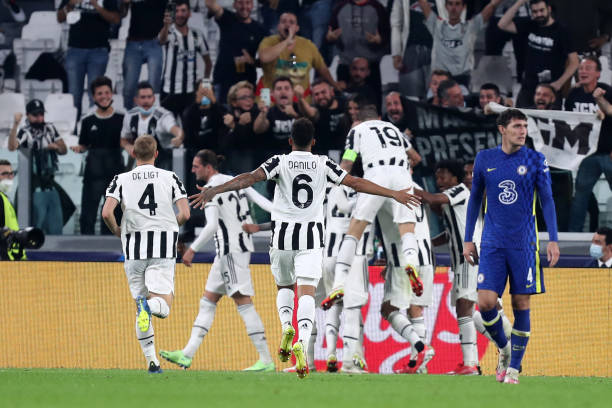 Chelsea were ponderous and appeared complacent but importantly gritted through a 1-0 win over Zenit on MD1. The defending champion tag will weigh heavy on them as the UCL campaign continues, especially lacking the zip and penetration their possession-heavy style cries out for.

Club-record signing Romelu Lukaku, who hasn’t scored since notching the winner against the Russians, often cuts a frustrated figure up-top on his own and that was again the case here.

It’s why, despite Juventus’ diligent defensive showing and successive UCL clean sheets to start promisingly under Massimiliano Allegri in his second term as head coach, the focus is firmly on their visitors – surprising many but ultimately deserved winners of this competition in May.

“I think we started not sharp enough, the first 12-15 minutes we could have harmed them much more – so much space for dangerous balls into the box, to ask more questions.

We struggled to create our own rhythm and intensity because they were so deep and passive, lacked runs. We were so good in training yesterday, just not good nor free enough today and I don’t know why. We were a bit slow and tired, mentally, decision-making. That’s why it’s a strange one to analyse.”

Besides slicing an effort from a well-worked corner routine into Wojciech Szczesny’s hands after seven minutes, Romelu was feeding off scraps until the game’s dying embers. More on him later.

Mateo Kovacic made a key tackle to dispossess Federico Bernardeschi in the area shortly after the aforementioned moment, as the Blues were given three separate first-half warning signs. 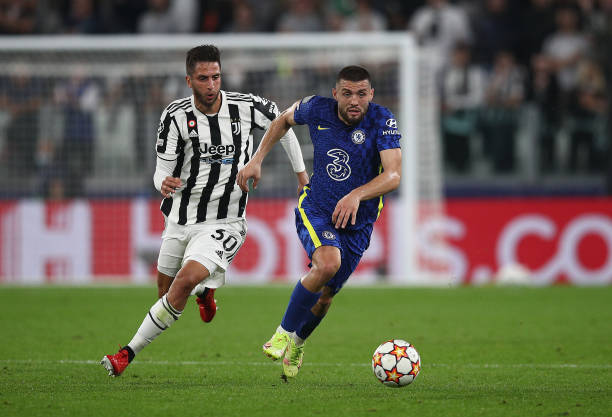 Kovacic wasn’t faultless, but was one of few Chelsea players looking dangerous and worked tirelessly

Juventus were content soaking up pressure well, broke quickly in numbers and even without Paulo Dybala and Álvaro Morata through injury, posed problems their visitors didn’t adapt to.

The 19,934 socially distanced supporters inside the Allianz Arena – per Italian government guidelines – could sense the Blues’ vulnerabilities in possession. It was only a matter of time.

That’s why it wasn’t surprising they broke the deadlock despite Chelsea dominating possession throughout, even if it came mere seconds after the restart as Tuchel sacrificed Marcos Alonso.

Adrien Rabiot beat Cesar Azpilicueta to head Leonardo Bonucci’s long ball forward, where Federico Bernardeschi threaded through a deft pass into Chiesa – ghosting past Antonio Rudiger – atoning for his earlier miss by unleashing a bullet into the corner at Edouard Mendy’s near post.

Bernardeschi had plenty to do, but was helped by a sleepwalking Andreas Christensen to his left while eliminating Jorginho and Thiago Silva from the equation with a superb bit of close-control.

He didn’t have that same composure after 63 minutes, firing wide from close-range with the goal gaping after good build-up play between Rabiot and former Chelsea winger Juan Cuadrado.

Two minutes earlier, Tuchel made a bold triple change: Trevoh Chalobah, Callum Hudson-Odoi and Ruben Loftus-Cheek on, with things not improving. Azpilicueta, Jorginho and Hakim Ziyech – energetic but ineffective – were taken off as the German wanted fresh legs and new impetus.

As time wore on though Juventus cranked up their defensive solidity, with brave defending by Matthijs de Ligt and then Cuadrado making a big interception to snuff out a promising move.

“Usually, when sailors are in stormy seas, they can always find the way out. That’s what we did tonight with a great game against the Champions of Europe. We can play better than this technically, but frankly didn’t allow many real clear-cut chances and wasted a couple of dangerous counter-attacks too.”

Kovacic drove forward on a lung-busting run through midfield but Lukaku, who had been calling for the ball all evening, killed the move with an overhit cross that was gladly cleared to safety.

Ross Barkley, off the bench and out of the proverbial cold, charged forward on a marauding run and fed the Belgium international with a pass into his feet.

This was his big chance, but he fluffed his lines and despite Havertz’s late header flashing wide in stoppage-time, it felt like the £97m man’s evening rather typified Chelsea as a whole. 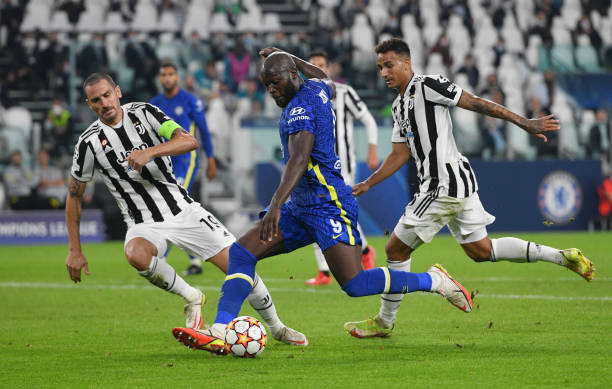 Chelsea host Ralph Hasenhuttl’s Southampton on Saturday, hoping to go into the international break without three straight losses – the last time that happened, Jose Mourinho (2015) was in charge and fired two months later after a disastrous start to the campaign across all comps.

As for Juventus, they’ve won the hard way against Spezia and Sampdoria but are already ten points off leaders Napoli so will be keen for an easier ride away to Torino on Saturday evening.