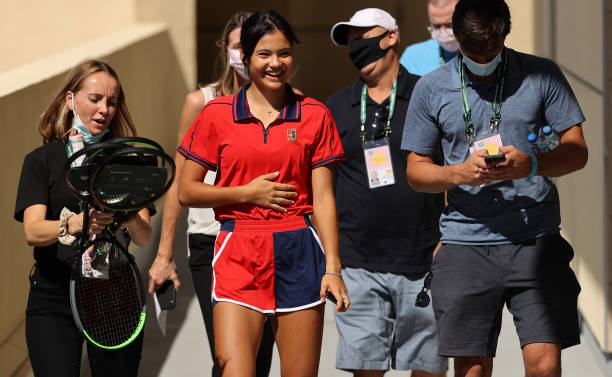 After her split from Andrew Richardson, critics aplenty have expressed their own opinions on who this year’s US Open champion Emma Raducanu should team up with next. Ahead of her Indian Wells debut this week, Tim Henman feels there’s no need to make any hasty decisions.

Raducanu in high demand, but cannot afford to rush decision 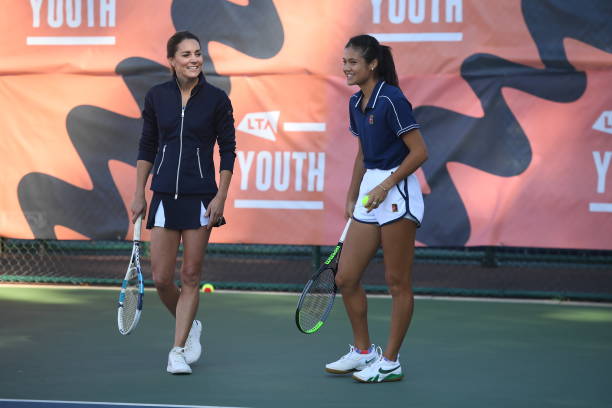 After enjoying VIP status at the Met Gala as well as London Fashion Week and the James Bond world premiere, it’s back to the tennis grind for an 18-year-old with plenty of newfound fanfare.

With R2 qualifiers still to be completed, she’s one of ten teenagers – including US Open finalist Leylah Fernandez – in the 128-player main draw for Indian Wells, which begins later today.

While her run at Flushing Meadows took many by surprise, plenty was said about deciding to part ways with Andrew Richardson – who oversaw a record-breaking Grand Slam triumph.

Tim Henman, who frequently featured on Amazon Prime’s coverage of Raducanu’s matches, stressed the importance of making a well-informed decision about who she will be coached by.

Possible coaches linked as Raducanu’s next coach
Darren Cahill, recently split from Simona Halep after six years
Nigel Sears, who has worked with Ana Ivanovic, Anett Kontaveit and more
Ivan Lendl and Patrick Mouratoglou are wildcard picks, considering the fanfare surrounding both with their respective personalities and highly-esteemed player pool

In multiple victories, she cited an animated Henman courtside as one of her motivations on a magical run many expected to fizzle out, much like a promising Wimbledon debut display.

It didn’t and now the US Open titlist will make her WTA 1000 debut this week without the coach who aided that remarkable three-week stint in New York – including three qualifying matches.

As quoted by talkSPORT, Henman said:

November and December will be time to reflect and plan for the future. In terms of who that coach might be, I’ve got no idea – she needs to sit down, see who’s available. I’m sure there will be lots of interest in the job.

Hopefully then, she can put someone in place to build on the enormous success of the latter part of this year.”

Helping her is former British no. 1 Jeremy Bates, set to be in California anyway as Katie Boulter’s coach. Boulter lost 7-5, 6-2 to American wildcard Reese Brantmeier in the first-round of qualifying, so Bates can focus all his attention on Raducanu for however long she’s in the event.

As one of the 32 seeds, Raducanu (#17) has a first-round bye and will play either Belarus’ Aliaksandra Sasnovich or fellow teenager Maria Camila Osorio Serrano in R2 later this week.

Her section is particularly tricky, packed with champions: two-time Slam winner Simona Halep (#11) a possible R3 opponent. Two-time Wimbledon titlist Petra Kvitova (#7) and last year’s US Open runner-up Victoria Azarenka (#27) are the other seeds in her section of the draw.

If she qualifies for the WTA Finals in Mexico, she’ll likely forego the Linz event as they overlap to finish the 2021 season.