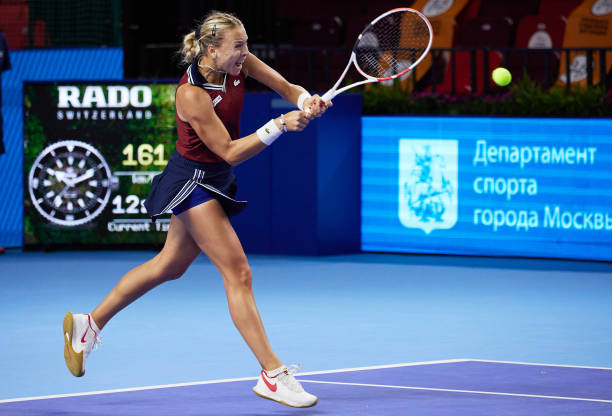 Having sown the seeds for her progression last year with new career-high Grand Slam finishes in Melbourne and Flushing Meadows, Estonian rising star Anett Kontaveit [9] is said to be in disbelief after surpassing Tunisia’s Ons Jabeur to officially qualify for next week’s WTA Finals – another career first as her resume continues to blossom. There’s no reason she should be.

Kontaveit surpassing expectations, but this has been coming 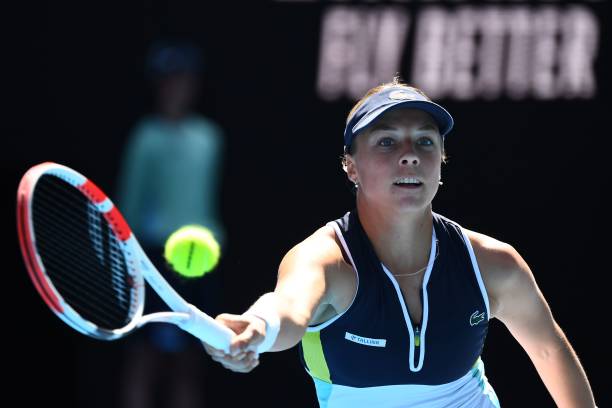 An aggressive baseline player with multiple weapons in her arsenal, Kontaveit had a reputation for being somewhat of a giantkiller in major tournaments – much like older compatriot Kaia Kanepi (36). However, her 2021 season has shown there’s much more to her game than just that.

Whether that be serve variance, successful net approaches and the ability to counterpunch with excellent court coverage and movement, she’s long been capable of cracking the world’s top 10.

Much like Maria Sakkari [6] and Anastasia Pavlyuchenkova [11] are currently experiencing, it was all about stringing together weekly consistency to justify such a rise in the rankings.

Considering sustained inactivity of others, including Slam champions Naomi Osaka and Sofia Kenin, it’s easier to see how others are reaching new career-highs with increasing frequency.

Six of the current top-25 players are sitting in career-high positions, including the aforementioned Pavlyuchenkova and this year’s Indian Wells champion Paula Badosa.

Kontaveit’s first career title came on the grass at Holland’s 2017 Ricoh Open and after a four-year dry spell, she’s clinched four more titles this term – three of which came over a six-week span.

Kontaveit’s dizzying run of success in 2021 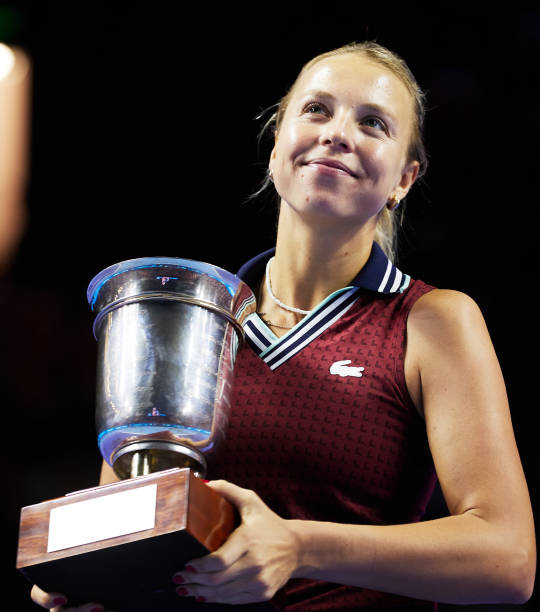 On whether what she’s doing has sunk in yet:

“Absolutely not. I have no idea what’s going on, I thought it was such a longshot to reach the WTA Finals.”

Although tennis H2H math doesn’t always work well, the aforementioned results show there’s no reason why Kontaveit shouldn’t fancy her chances of going all the way in Mexico next week.

Among the tournament’s eight-player field feature three Slam champions – Barbora Krejcikova the most recent of them, alongside Iga Swiatek and an unpredictable Garbine Muguruza.

Aryna Sabalenka [2] is the highest-ranked player and can be unstoppable at times, but also appears to have a lot of mental scar tissue brewing once high-pressure moments appear.

Pliskova, a beaten finalist at Wimbledon in July, is dependable at times and inconsistent elsewhere – when she’s expected to win, that’s when the Czech international flatters to deceive. 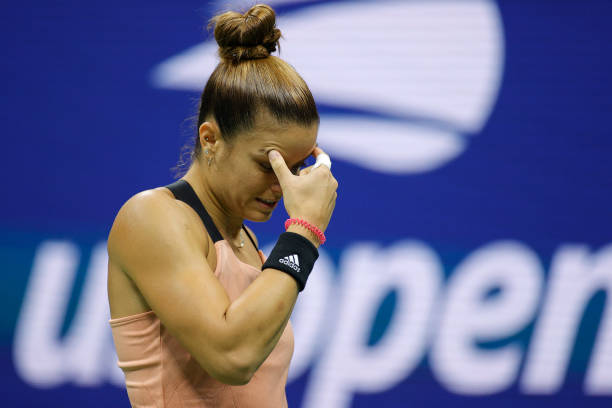 Sakkari during another forgettable Grand Slam semi-final, her second of 2021

Sakkari has earned her surge up the rankings but the way she was dismantled by Emma Raducanu in New York reinforces the feeling she doesn’t have an impactful plan B when trailing in the big matches. Let’s not even talk about her semi-final collapse against Krejcikova in Paris.

Following the theme, Badosa earned a character-building win over Victoria Azarenka last month but is yet to string together consecutive victories against top opposition at Majors too.

Whether the bullish Spaniard is able to finish her best season yet in style remains unknown, largely because most of those Slam-chasing rivals will be up against her once the draw is made.

As far as the H2H records are concerned, only three players have positive W/L ratios – two if you’re solely counting those who’ve played each of the other seven players at least once.

Badosa (4-3) hasn’t yet played Sakkari nor Muguruza, so despite a 73.2% win rate in 2021, it feels too early to accurately compare her exploits against that of other high-ranked rivals.

The remaining duo with positive records rather speak for themselves. 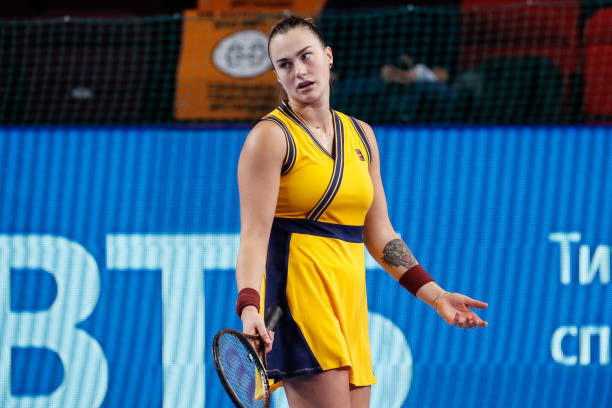 Sabalenka began the 2021 season brilliantly but despite plenty of promise, has somewhat fizzled out

With that in mind, it feels fitting they are seeded first and third while Krejcikova – the only 2021 Grand Slam champion involved next week – went from a fourth-round finish in Paris to winning the title entirely twelve months later, hence why her ranking points rose so sharply this season.

It’ll be interesting to see how she fares, considering her involvement with the Czech Republic team in this week’s Billie Jean King Cup Finals – staged on home territory in Prague.

Alongside Germany in a competitive Group D, they will now play Switzerland today in a best-of-three series (Thursday, 4pm BST start time) to decide whether they’ll progress into the semis.

Muguruza (ankle) pulled out to prepare for next week’s tournament, Badosa cited scheduling problems while Sabalenka withdrew too. Considering the way she looked in the latter stages at Flushing Meadows, how will playing additional matches impact her given Mexico’s conditions?

Plenty of burning questions, we’ll soon get the answers to.