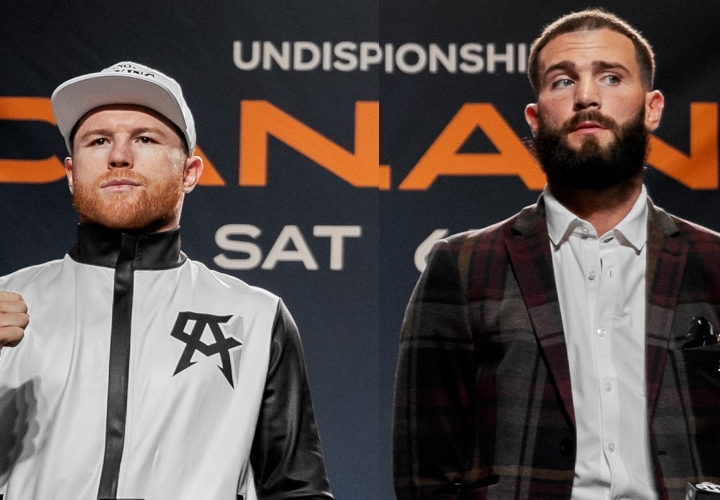 Ahead of his attempt to become the undisputed king at 168lbs this weekend, WBA, WBC and WBO super-middleweight champion Canelo Álvarez has insisted the bout vs. IBF titlist Caleb Plant is personal – centred around their heated scuffle at the press conference in September.

Canelo not overlooking Plant, but talk has given bout an edge 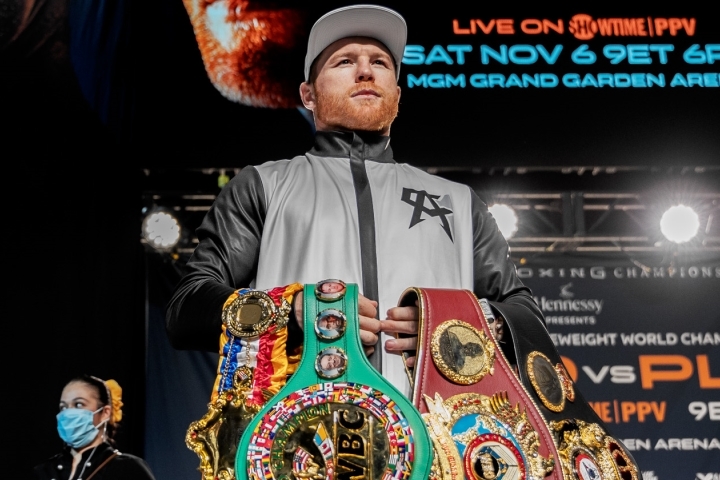 It’s unavoidable. Take one look at the opening picture and you see the cut, still there below his right eye, a reminder of what happened on September 21 and is likely to continue on Saturday.

This, of course, is describing Plant’s cut – inflicted by a Canelo punch pushing the 29-year-old’s sunglasses into his cheek – immediately causing a worrying scratch that made everyone overreact and suggest this matchup was already won and lost six weeks before fight night.

For what it’s worth, Plant has already stressed this week that the cut didn’t disturb his preparations – confirming he didn’t miss a single day’s sparring.

“We sparred on Thursday, that Saturday, there hasn’t been any issues at all, just a scratch. Whoever’s bright idea it was to have it [the press conference] outside, with the sun right in our face, appreciate that.

I think people make such a big deal [of it] because it’s a headline, a way for you guys [journalists] to promote whatever videos y’all are makin’ or, whatever for the fight. I’ve been in worse scuffles, so what’s the big deal really?

There have been some guys who lost before the bell even rang against Canelo, I think that’s why he’s so irritated with me. Some just come in, are there to hand over their belt, get their check and leave. Anyone who knows me, knows I’m only here for those belts. He’s got a tall order in front of him.”

I absorbed a lot of content from different voices within the sport that week, with various opinions (and unconscious bias) regarding the incident, but didn’t feel it necessary to cover. 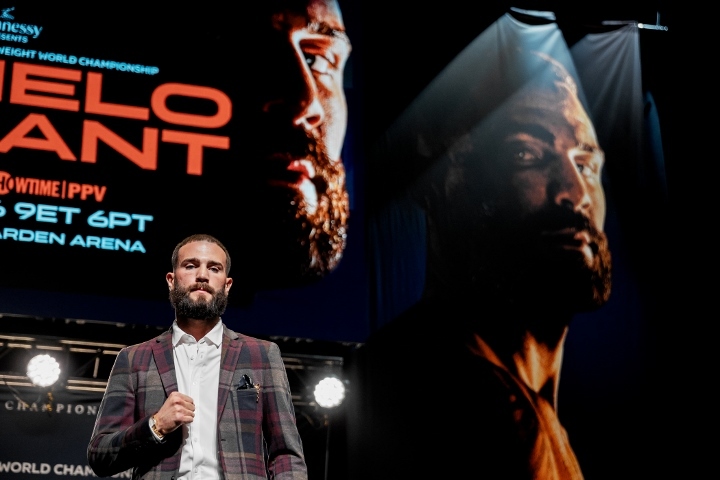 Plant has made three defences of his IBF super-middleweight title, won vs. Jose Uzcategui in Jan. 2019

Canelo can make history by beating another unbeaten fighter – Plant is 21-0 with 12 KOs – and it’d be even sweeter to do so against someone who many are labelling a bitter rival of his, off the back of their fallout two months ago as well as protracted fight negotiations in the months prior.

While his positive drug test for Clenbuterol and subsequent six-month suspension three years ago remains a sore spot for most of the Mexican’s detractors, Plant outright accused Canelo’s entire gym – headed by Eddy Reynoso – of being dirty, among other inflammatory comments.

“All the talk, all the shit he says – that’s why [it’s personal]. He crossed the line and maybe too much but at the same time, it’s one of the most important fights for me.

They know what I’m going to do in the ring, even moreso in this fight. When something is personal with me, it’s different – in my mind I have that special thing, it’s going to be a really good night for us.”

Having beaten Britain’s Billy Joe Saunders on May 8 to claim WBO gold, Canelo will have fought four times in 323 days once that first bell sounds at the MGM Grand Arena on Saturday.

If only other world champions – across all divisions – were as active and consistent as him, during the peak years of their boxing prime. Can Plant spoil the coronation party by doing the unthinkable, in easily his toughest test yet? I’ll have fight coverage overnight on Sunday (BST).