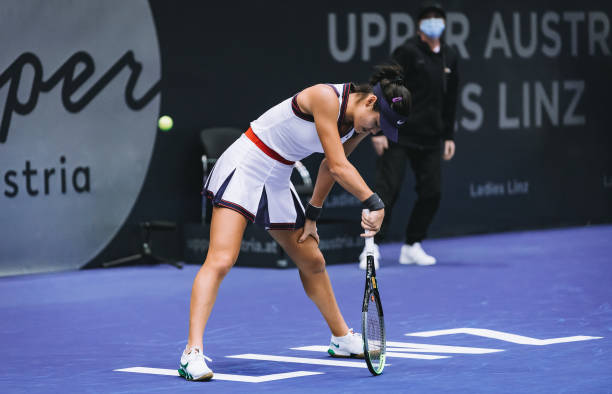 An unforgettable year for the British teenager ends with successive defeats in Cluj and Linz for the US Open champion, but the gutsy fightback shown here through injury against China’s Xinyu Wang – born 14 months apart – should stand her in good stead for 2022 and beyond. 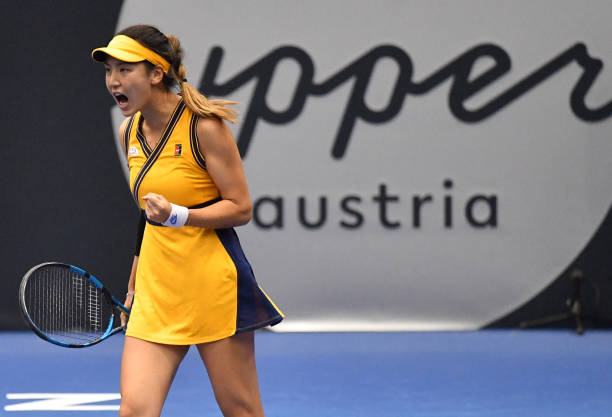 Emma Raducanu’s unforgettable 2021 season is now over, having been punished for a slow start and inconsistent finish – while clearly hampered by injury – during her second-round defeat, one gripping the Austria crowd with momentum swings aplenty and solid hitting by both.

The symbolism isn’t lost on me, that her last two tour defeats (and three of the last four) have been against relative agemates. Marta Kostyuk – who blasted her 6-2, 6-1 on October 29 – celebrated her 19th birthday in late June, while Raducanu will join her on Saturday.

Clara Tauson, who beat the Brit to win the Chicago Challenger in August, turns 19 on Christmas week this year. Now, Xinyu Wang turned 20 during the same week Raducanu was pictured on the red carpet at the world premiere for the 25th James Bond movie, No Time to Die.

It will get lost in… everything, but Wang Xinyu is having such a nice end of year.

Ranked 147 in July, some results since: Prague SF, Columbus 125 final and now consecutive WTA QFs in Courmayeur and Linz. With her very good performance today, she is now inside the top 100.

She had to beat Russia’s Anastasia Gasanova and Switzerland’s Leonie Kung less than 24 hours apart in qualifying to earn a main draw berth, facing fellow qualifier Kateryna Kozlova – where the Chinese recovered from a set down to eventually prevail 2-6, 6-2, 6-3 on Monday afternoon.

That fighting spirit and sheer defiance to fend off ever-increasing pressure was on full display after being blown off the court 7-0 in a second set tiebreak hinting Raducanu had hit her groove.

For 10-minute stretches, the Brit was unplayable and couldn’t miss: deploying deft winners, overpowering her opponent and being one step ahead when they went toe-to-toe during rallies.

Having taken a commanding early lead, the pressure was firmly on Wang’s shoulders as this was going to a deciding set. While she didn’t exactly serve well all evening, the third set numbers spoke volumes: 34% first serve percentage and 33% first return points won (10/30). 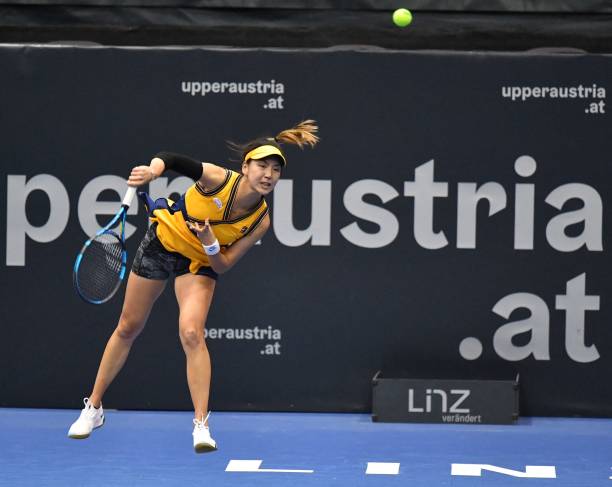 Wang’s weak serving gifted Raducanu plenty of points at a crucial time, as the momentum swung

Importantly, she didn’t dwell on things out of her control and stuck in rallies, forcing Raducanu to play extra balls – almost encouraging that formidable hitting to continue up the other end.

It didn’t last, Raducanu began overthinking some of her shot selection and was duly punished as Wang’s persistence shone through. Then, the tournament’s top seed appeared to overstretch and tweak a muscle as she grimaced after returning shots on Wang’s serve, up 4-3 in the decider.

Constantly getting low – almost on her haunches – to return shots, similar to how Agnieszka  Radwanska was famous for, wouldn’t have helped as the rallies between them became increasingly physical and longer in stroke volume. She couldn’t mask the pain, either.

After a medical timeout down 5-4, Raducanu immediately was on the defensive as Wang was serving to seal her third-round berth. She did precisely that, even when defeat felt inevitable.

Saving two match points in that game, wrongfooting her with a forehand winner up-the-line then pouncing on Wang’s second serve with another winner during a shorter rally, the teenager refused to be beaten easily – injury or otherwise – unlike the Sasnovich defeat last month.

What will make this defeat even harder to swallow is knowing she had chances to consolidate the break of serve, but her point execution was rough at precisely the wrong time: overcooking two forehands, shanking a backhand into the net and flagging as Wang patiently wore her out.

And on the appointment of Torben Beltz as her new coach: “It’s obviously a great privilege to be working with such an experienced coach – and he’s a really positive, cheerful guy who brings great energy to the team.”

She received more brief treatment from the physio on her hip at the final change of ends but Wang, on serve again to finish the job, wouldn’t falter twice. A brave second serve at 30-15 kissed the line and forced a Raducanu error, setting up more match points and she only needed one.

“I’m super happy, I think we both played a great match today, hope Emma has a speedy recovery as I saw she was injured – the crowd was amazing…

Even if you were more cheering for her [laughs], it’s my first time here but I really enjoy playing this tournament. I always try to believe in myself, focus on this point right now and just enjoy the match.”

Linz Open quarterfinals are as follows: