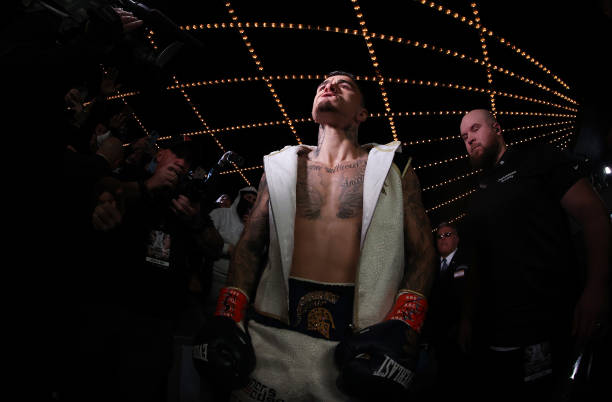 don’t dodge, but now I’ve got all the belts – I’m the shot caller 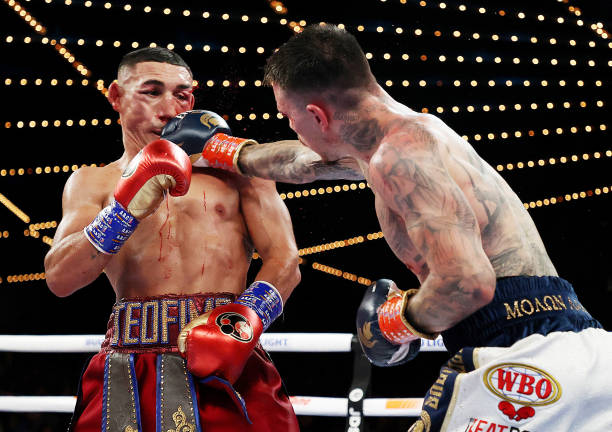 As I outlined at the weekend, this wasn’t supposed to happen. Critics and boxing purists everywhere felt Lopez was going to blast his gamely Australian challenger out with ease. Then, he was free to face Devin Haney in a long-awaited unification bout at some stage next year.

Teofimo’s assistant coach Jorge Rubio echoed that sentiment a few months ago, among one of the many dates which this mandatory title defence was postponed and then rescheduled.

Instead, new blood at 135lbs has surpassed him and is taking the opportunities previously mapped out for The Takeover. WBO super-featherweight champion Shakur Stevenson was among those who quickly registered their interest in being Kambosos Jr’s first title defence next.

In an exclusive interview with The Athletic, the Australian said he has one main target in mind:

“If he [Haney] can handle business, we can sit down and get this fight done. We’re two competitive guys, it’s a massive fight in boxing and makes sense.

Let’s do it because I’m here to fight the best – showcased that many times. I don’t dodge anybody, fight the best in their backyard, but now I got all the belts. I’m the shot caller, so they got to come see me in Australia.

I’m looking forward to seeing his fight this weekend, being ringside to just see exactly the little things because I’m a very smart operator. I see things fighters don’t, can pinpoint straight away a few things and put them in my artillery.”

Haney is said to have already texted Kambosos, stressing he wants next. He has a stern test ahead on Saturday to complete first, in the form of a determined Joseph Diaz (32-1-1, 15 KOs). 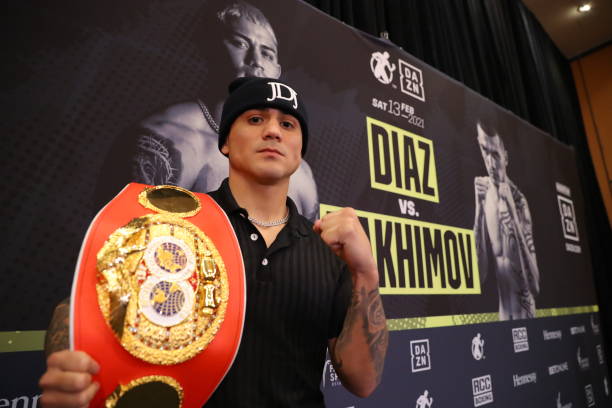 Diaz posing with his IBF super-featherweight title before facing Shavkatdzhon Rakhimov on Feb. 11

Diaz, whose only loss was a decision against Gary Russell Jr for WBC featherweight gold three years ago, beat Tevin Farmer to claim the IBF super-featherweight strap before moving up and earned another decision victory over Javier Fortuna for the vacated WBC interim title in July.

He’s ready for it, too. The 29-year-old southpaw said he was preparing for Haney or Ryan Garcia, whose 2021 was cut short after sustaining a serious wrist injury needing surgery last month.

“I already had, an 10-11 week training camp before the fight was announced. I’ve been busting my ass for Garcia or Haney. Now that I got Devin, it’s what I wanted. I’m glad because now I can be a three-time world champion.”