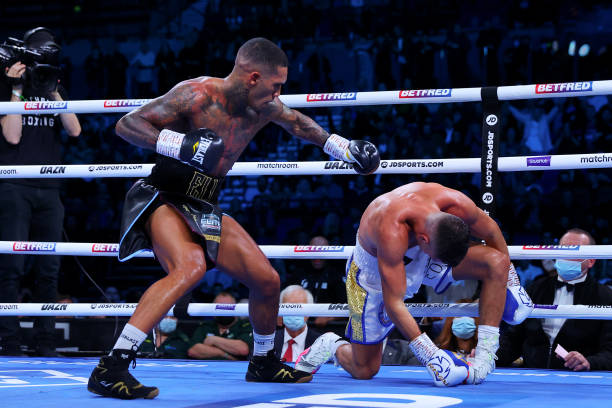 Adrien Broner? Khan-Brook winner next? Stateside debut? The possibilities are limitless. Rising welterweight contender Conor Benn made good on his promise to deliver big in a headline spot, delivering a furious R4 finish to knock out former welterweight champion Chris Algieri before vowing for big things to come in 2022 after an eventful night’s work from Liverpool. 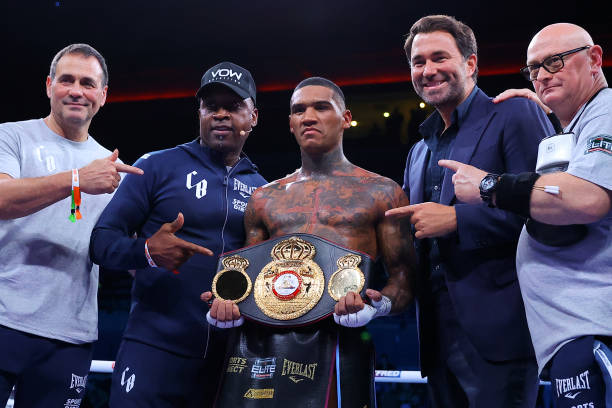 Benn (#5 WBC, #7 IBF, #9 WBA) has continued making a name for himself with a steady increase in competition. While his unapologetic approach comes across quite quickly in media interviews, critics still doubt his true ability, such is the disdain for Matchroom’s latest project.

“I believe I will be at that [world-class] level. I don’t need motivation, inspire myself all the time, leave no stone unturned and give myself every possible chance of being great. It took Kell Brook 10 years to win a world title and he had a good amateur background, so no time frame… I just have to get there.”

Here, the 25-year-old fought a former world champion at 147lbs, whose last big fight happened the weekend after Benn’s professional debut five years ago, as he was stopped in five rounds by Errol Spence Jr – who like Benn, was also holding a 19-0 record prior – so the parallels continue.

Benn began well, landing to the body early and with aggressive tendencies while showcasing his slick head movement. Importantly staying sharp, he got the better of their competitive exchanges in the pocket while the experienced American was punished for a reactive approach.

One-two punch combos repeatedly split the 37-year-old’s high guard, before the unbeaten Brit scored a knockdown by clubbing an awkward left hook with 20 seconds left of the second round.

While Algieri felt aggrieved by the manner of said knockdown, saying that it was more a tangle of legs given his off-balance footing, replays showed his exaggerated fall started with a punch.

He didn’t know it at the time, but that sequence proved the beginning of a vicious end. Benn’s ability to slip shots intensified in the third, before rocking him with a one-two combo. Despite being a better round by the visitor, there was no question who had commanded an early lead.

In the fourth, Benn’s forward pressure eventually told with an emphatic sequence. 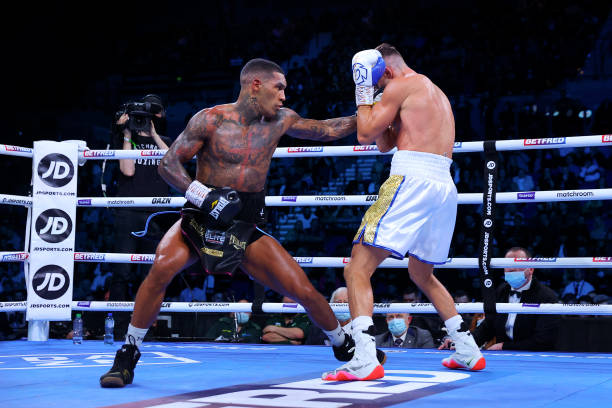 Rather than get excited and sloppy, dismissing his defensive awareness, he was patient while sticking to the tendencies which had brought him such success – jabbing well, landing powerful combos and knocking Algieri to a pulp as the American was backed up against the ropes.

Benn’s promoter, Eddie Hearn, revealed there was a mutual interest to get four-division titlist Adrien Broner next after failed negotiations meant nothing materialised earlier in the year.

AB made his return after a 25-month layoff vs. Jovanie Santiago in February, but hasn’t fought since – and many feel he’s also past his prime despite possessing a seasoned resume too.

During his post-fight interview ringside, Benn confirmed he’s eyeing the winner of Amir Khan vs. Kell Brook on Feb. 19… if not then Broner, while he — like other contenders – fancies his chances vs. WBA champion Yordenis Ugas should the chance present itself sometime in 2022.

“To be honest, I tried so hard to make Benn-Khan but I don’t think either of those guys will continue in the sport after their fight next year.

I look instead at a potential fight with Broner, it’d be amazing to bring The Problem to the UK in what would be a huge arena fight.”