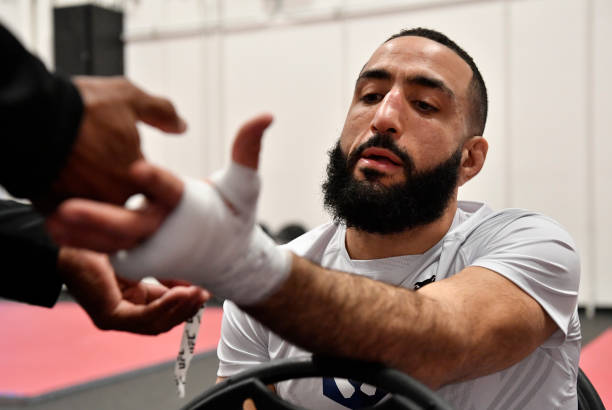 After logging a productive 2021 in the Octagon, Belal Muhammad has now entered rarefied air at 170lbs – the welterweight’s top five rankings. Having called out rising two-weight star Khamzat Chimaev as well as a rematch against Leon Edwards after their short-notice date ended with an inadvertent eye poke in March, it feels like the 33-year-old will soon get his wish. 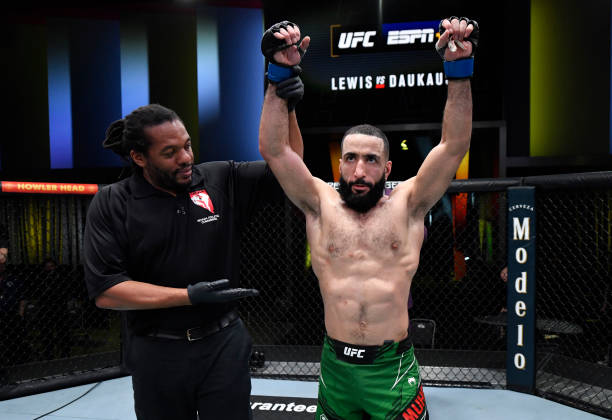 In his 15th Octagon appearance, Belal Muhammad recorded a new career-high for takedowns (7) as he repeatedly swarmed Stephen Thompson, threatening submissions and landing punishment aplenty on the two-time title challenger. Afterwards, he cut an emphatic promo.

“I’m the fucking boogeyman,” he insisted. “Usman I’m coming for you… let’s get new blood in title fights, I’m the real hype in the division – none of these other guys,” doubling down further.

During a whirlwind year where Michael Chandler and Julianna Pena got dubious title shots with contrasting success, an interim belt was made at heavyweight and the Khamzat Chimaev hype train returned stronger than before, Belal is under no illusions about what he needs to do.

As such, in his pre-fight media conference, he didn’t hesitate on the topic of Chimaev:

He has Conor McGregor hype where it’s like you beat him, you gain more than anybody else in the division – he has this stigma of him being the boogeyman, how he just dominated everybody.

So you beat somebody like that, you’re the next star. You steal all of his hype, momentum, it’s like why not?” 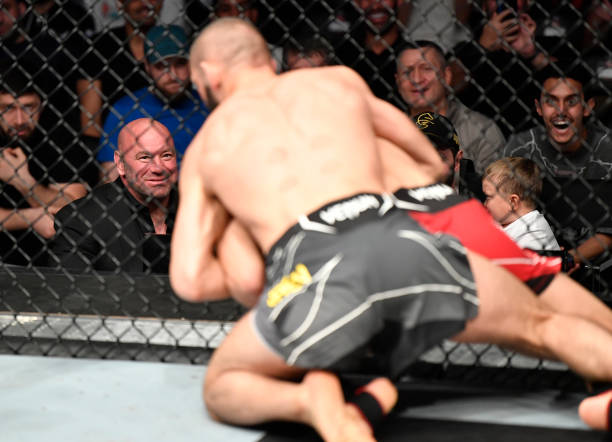 Although a prospective winner-takes-all matchup with Leon Edwards fell through on multiple occasions due to both contracting COVID-19, Chimaev’s stock has continued rising quickly.

Muhammad, while well-liked and respected among his peers, doesn’t command the same electricity nor watchability factor by comparison across the promotion’s wider audience.

It doesn’t help his case that 15 of the 32-year-old’s 20 professional wins to date are by decision, especially given his wrestling-heavy style isn’t exactly conducive to submissions or explosive finishes the same way Chimaev, or surging lightweight Islam Makhachev for example. 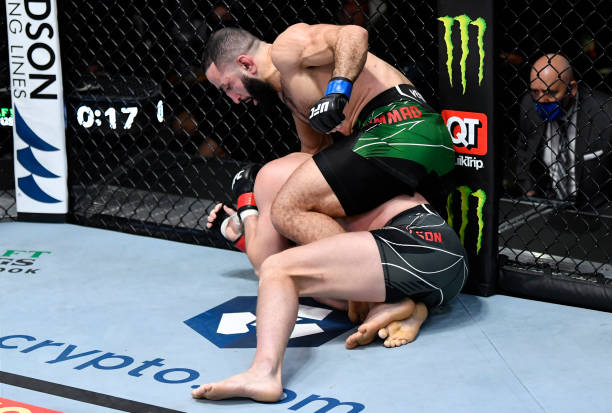 One month shy of three years since that date, the pair are trending in different directions: Muhammad cracking into the top-5, while Neal recently ended a two-fight losing skid at UFC 269.

As far as he’s concerned, the welterweight division is riddled with rematches or favourable opportunities for reigning champion Kamaru Usman to feist upon.

He’s already beaten the top-3 – Colby Covington, Gilbert Burns and Edwards – while Jorge Masvidal (#6) was definitively ended twice in successive years too. Vicente Luque, one of the champ’s former training partners, is a fresh matchup but not very exciting given their history.

After being comfortably beaten by Burns and now Belal this year, it feels like the game has evolved too much for Thompson (#7) to have much success at the top table any longer.

Neil Magny (#8) has been one of Chimaev’s most vocal prospective challengers, though the UFC brass so far seem unwilling to oblige in booking that battle.

Given their recent social media jabs, Muhammad-Chimaev could prove the proverbial golden ticket: can Belal back up his bullish beliefs or is Borz ready for a title eliminator at 170lbs?

The overriding message here, feels increasingly like being careful what you wish for.