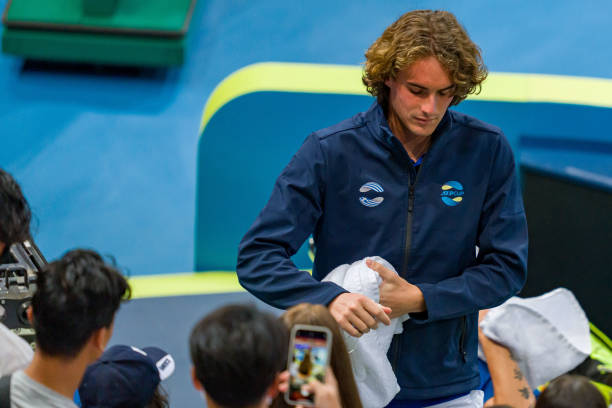 Stefanos Tsitsipas (#4) is a doubt to feature in this month’s Australian Open, after a flare up of the elbow injury which needed surgery in November during ATP Cup action to kick off 2022. He withdrew from a scheduled group stage match vs. Poland’s Hubert Hurkacz, watching with a heavily strapped elbow revealing it was a precautionary step to “ensure I make Melbourne.” 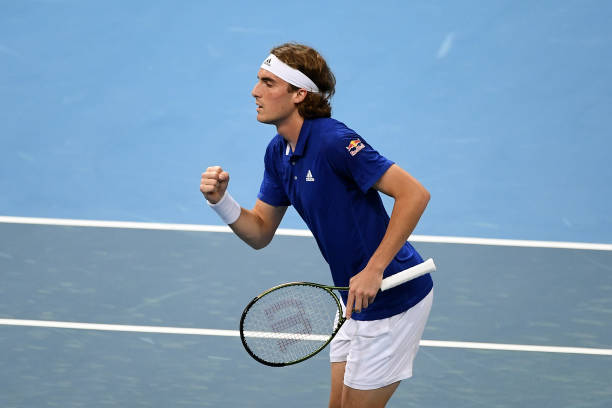 Tsitsipas played doubles with Michail Pervolarakis, but withdrew from his singles matchup prior

Tsitsipas, a finalist at Roland Garros last year, was replaced by compatriot Aristotelis Thanos – world number 1067 – who only won three games (6-1, 6-2) against the Wimbledon semi-finalist.

Greece, in Group D alongside Argentina and Georgia, lost 2-1 at the Sydney Super Dome in their opening rubber. Tsitsipas, slated to face Diego Schwartzman (Jan. 3) and Nikoloz Basilashvili on Jan. 5, presents their best chance of qualifying in a group where they’re already at a deficit.

The fact he’s feeling less than 100% complicates matters, particularly so close to the year’s first Grand Slam tournament where momentum and building confidence is important for him.

“The recovery from my elbow surgery is on track and today was a precautionary step to make sure I make Melbourne. We will see day-by-day, match-by-match until then.”

He lost four of his last five matches before finishing the 2021 season prematurely, due to the aforementioned elbow surgery. Among those defeats were three-set October losses vs. Basilashvili in the Indian Wells quarters and familiar American foe Frances Tiafoe in Vienna.

He retired mid-match for the first time in his professional career against Australia’s ascending prospect Alexei Popyrin at the Paris Masters on November 3, before losing in straight sets 6-4, 6-4 during his first and only group stage game against Andrey Rublev at the year-end ATP Finals.

With the tournament set to run through January 17-30, there’s only a fortnight left and not much scope as far as risk-taking is concerned with Tsitsipas’ fitness.

The 23-year-old, who produced a defiant display against Rafael Nadal to reach last year’s semis in Melbourne, hasn’t yet withdrawn from a Grand Slam since turning pro in 2017.

Roger Federer, Milos Raonic, Stan Wawrinka and most recently Dominic Thiem are among the ATP’s high-profile withdrawals ahead of what promises to be an intriguing tournament.