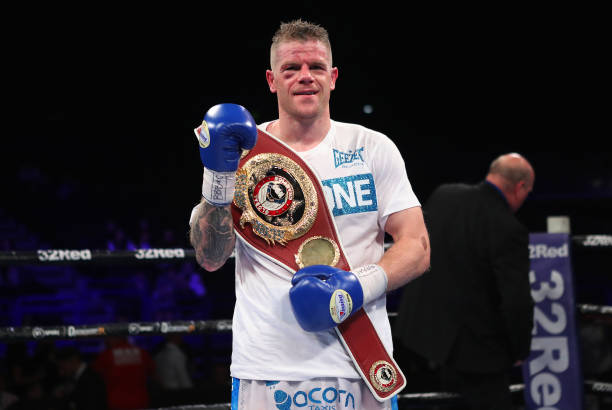 Frank Warren today confirmed light-heavyweight contender Callum Johnson has withdrawn from his scheduled January 15 title fight against WBO champion Joe Smith Jr, while revealing another of his stable – #1 mandatory challenger Anthony Yarde – is consequently monitoring the state of affairs, with an in-ring return mooted sometime in March for the 30-year-old. 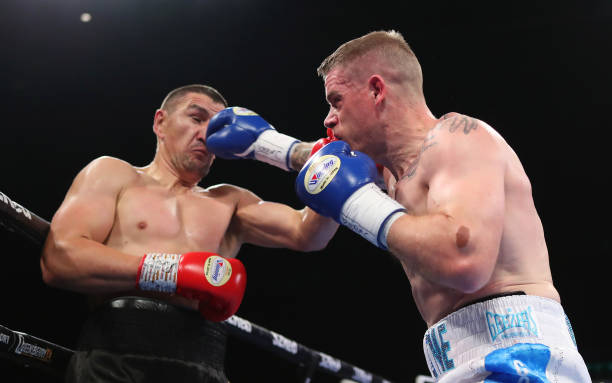 Against Emurlaev, Johnson retained the WBO Global light-heavyweight title he won vs. Markic

Since suffering his first defeat by WBC and IBF champion Artur Beterbiev with a fourth-round KO in October 2018, Johnson has won three straight – including two in 2021, most recently a majority decision against Beterbiev’s compatriot Server Emurlaev in Birmingham on Oct. 9.

Warren had plenty to say when speaking to BBC Sport, both about being hopeful of a rescheduled date in the not-too-distant future while also praising Yarde (h/t: BoxingScene):

“It’s a real great shame for Callum. Hopefully we can get him back in, they may want to [reschedule] in late spring – he worked really hard to get the opportunity.

If Callum doesn’t get his shot then Anthony Yarde is next. I’d love to do Smith v Yarde in the UK, the WBO say there is a mandatory due and it’s going to be Yarde – he’s the number one.

He looked so good in his last fight against Lyndon Arthur, we’ve got him down to fight sometime in March anyway, fingers crossed. We’ll see what happens next week with Smith and how he comes through, then go from there.

I want to keep Anthony busy, we want the world title shot for him. The experience he’s gained since [fighting] Sergey Kovalev stands him in good stead. He really gives Smith so many problems.”

As mentioned in the introduction, Smith Jr is still expected to defend his title against a short-notice replacement. Even with less than ten days’ notice between now and fight night, there should be a pack of credible challengers ready to step up with a world title at 175lbs on the line.

Assuming Smith is successful and Yarde prevails in what will likely be a stay-busy fight if the March date holds up, a summer showdown between the pair isn’t out of the question.

As far as rankings are concerned, Johnson only features in the top-10 with the WBO (#5). Mexico’s Gilberto Ramirez, domestic rival Joshua Buatsi and Russia’s Maxim Vlasov – who lost a majority decision against Smith for the title last April – are all sitting ahead of him at the time of writing.

Buatsi-Vlasov was set for Dec. 18 on the Parker-Chisora II undercard, before the former sustained a hand injury in sparring. Could the two sides try rescheduling that bout this quarter?

Yarde, who similarly earned an impressive fourth-round KO win over Lyndon Arthur during their rematch on Dec. 4, hasn’t fought regularly enough since the aforementioned Kovalev loss.

As I covered on the site, he was set to face Germany’s unbeaten Emin Atra on April 24 last year before withdrawing shortly beforehand due to a tooth abscess that needed emergency surgery.

It was rescheduled for July 10 – the same night as Arthur vs. Italy’s Davide Faraci – and again shelved, this time as Atra withdrew (undisclosed reasons) and he couldn’t find a replacement. 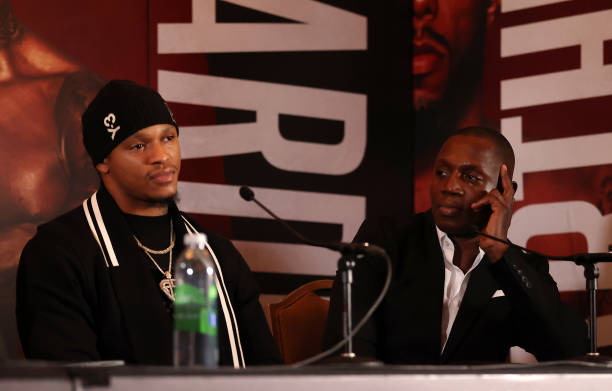 Tunde Ajayi, Yarde’s trainer, looking on during the presser ahead of their highly-anticipated rematch

Tunde Ajayi, Yarde’s trainer, reaffirmed his belief Anthony is next for Smith Jr in the wake of this aforementioned news.

“We are next in line, Johnson was a voluntary anyway. He’s not a mandatory, they picked him. I’d never be disrespectful and say he doesn’t deserve the shot because I think Callum more than anyone deserves a bit of luck.

It just so happens he was a voluntary and never a mandatory, so it’s all left down to the promoters, and the WBO has said we’re next, so it is what it is.”