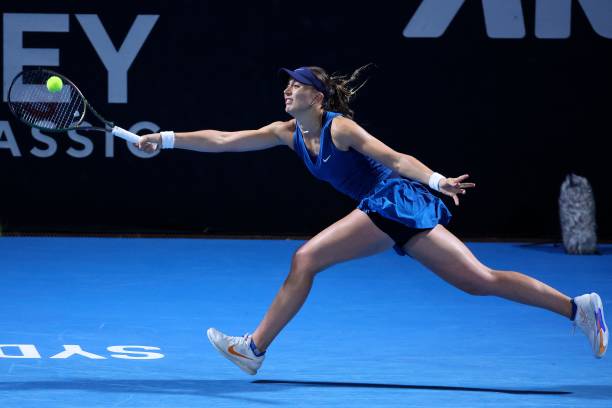 Indian Wells champion Paula Badosa endured a spirited Belinda Bencic display during a high-quality match packed with plenty of peaks and troughs, but ultimately emerged victorious to punch her ticket into the semi-finals. She’ll play Daria Kasatkina in the Sydney semi-finals tomorrow (8am BST), after the Russian inflicted Garbine Muguruza’s first loss of the new year. 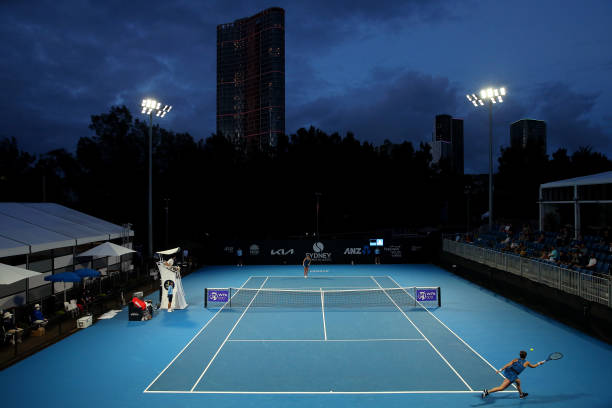 After an extended rain delay, Badosa-Bencic went for two hours 35 minutes late into the Sydney night

This match was impacted by rain delay, a phrase Belinda Bencic also had to experience overnight after recovering from a set down to outlast French lucky loser Oceane Dodin in R2.

With a 2-0 H2H record in the Spaniard’s favour, the Indian Wells champion recovered from 30-0 down on serve and strung together successive aces to hold early on. Bencic’s aggressive style was obvious from the first point, trying to short rallies while going for corners wherever possible.

She too had to battle adversity, saving two break points at 3-2 then her serving struggles were exacerbated by missing some makeable forehand returns. Badosa had two more break points and on the second opportunity, the Swiss swung wildly to relinquish a tetchy break of serve.

However, successive double-faults and a crosscourt forehand winner helped Bencic get the break straight back in the next game. A venomous return ace, with the game finely poised at 30-all, presented the Spaniard with her first set point opportunity.

Back and forth they went, as Bencic defended well under pressure to force the first set into a tiebreak. Yet her unforced error count also continued to rise into uncomfortable territory for the Olympic champion and soon Badosa would earn more chances to close.

It was an eventful game featuring five deuces, littered with frustration on both sides: Bencic committing double-faults and being distracted by people walking across her line of sight, while Badosa was frequently pegged back with a booming winner whenever the door opened. 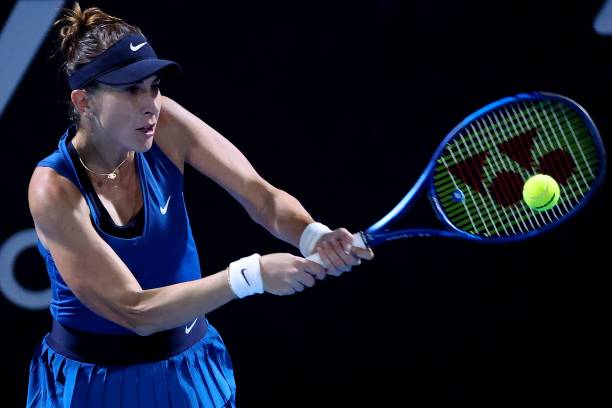 Bencic battled back, but will have regrets about how she let set three slip out of her grasp

Bencic showcased great hand speed and court coverage to pluck a winner from out of the Prime Video TV picture frame, before using that momentum well, charging to a 3-1 tiebreak advantage.

Armed with a 9-1 W/L record in tiebreaks last year, you’d assume the Swiss would go on to snatch a set that could’ve easily unraveled a few times earlier. Some high-quality tennis was on display from both but Badosa continued battling back to earn yet more set points.

On the fifth, she really should’ve clinched it but skewed a makeable forehand just wide with half the court to aim at. After six set points, finally the stalemate was resolved as Badosa conjured up another forehand winner near the corner to settle a 71-minute set.

an entertaining first set down, but two more to go

With ten more unforced errors recorded in that stanza alone (23-13), naturally you’d expect Bencic to have been firmly second best. But stats don’t always tell the full story, particularly when both were reeling off winners with as much frequency as they were for long stretches.

After staring down the possibility of a 4-1 second set deficit, Badosa responded well by breaking back after enduring a rough service game acclimatising to the volatile new balls. But just as soon as she fought her way back, an untimely double fault gifted Bencic the initiative once more.

This time, she kept Badosa on the run with deft drop shot use and that tactic visibly unsettled the Spaniard – having been forced behind the baseline plenty. She utilised it well and often enough to keep her second-guessing, while that shot also proved the final action of set two. 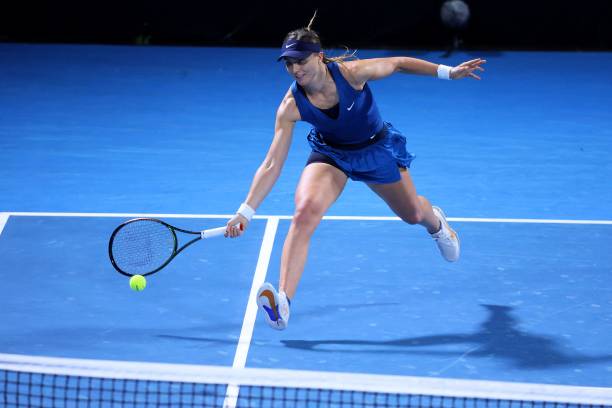 Badosa, frequently stationed behind the baseline, was kept on the move by Bencic’s pesky drop shots

All square again, but not for long.

Badosa started purposefully in the final set and despite both looking tired at times, they again exchanged breaks of serve throughout a tense duel swinging one way, then the next.

She saved three break points in the final game, winning five straight points to finish strongly as another Bencic forehand error – her 49th of a seemingly never-ending match – ended things. 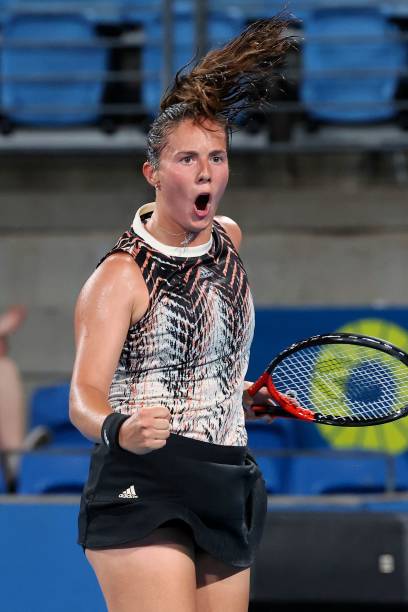 Next, she faces Russia’s Daria Kasatkina in the semi-finals tomorrow (start time, 8am BST) after stunning WTA Finals champion Garbine Muguruza 6-4, 6-4 while this match unfolded.

Naturally, things are hotting up as the two Australian Open draws were unveiled overnight – Badosa has Coco Gauff and Sofia Kenin in her section, while Kasatkina and Kontaveit have tough draws.

Before then, we’re set for an intriguing finish, both across this event as well as the Adelaide International.