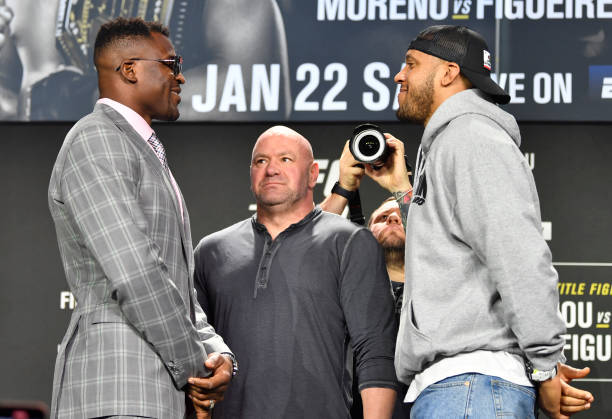 The heavyweight champion makes his first title defence this weekend against a familiar foe, with a well-documented backstory and storyline that has plenty invested. Will interim titlist Gane – who knows him intimately – prove spoiler? Or can the Cameroonian reign supreme? 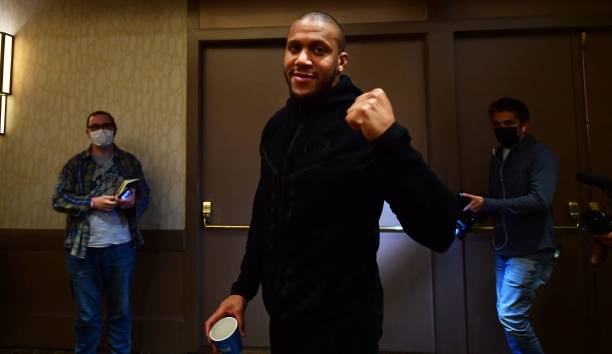 Gane poses for pictures during fight week, looking to extend his unbeaten streak

Cast your mind back to the first week in August last year, where a bullish French journalist asked Derrick Lewis how it would feel to lose a matchup of such magnitude in his hometown.

It was perfect foreshadowing of what was to come that Saturday, as Gane claimed the UFC’s dubious interim title with a third-round TKO win in Houston – just five months after Ngannou avenged his defeat against Stipe Miocic to finally clinch gold rather spectacularly.

Gane, who celebrated his two-year anniversary with the promotion that weekend, has enjoyed a soaring rise through the rankings and beaten every foe in-front of him.

Ngannou presents a different challenge though, one intensified by the champion’s protracted contract negotiations and an intimate knowledge of one another being downplayed by both.

On media day Wednesday, Ngannou revealed how he allegedly KO’d Gane with a left high kick during one of their sparring sessions in France. The 35-year-old was unhappy after footage, which he felt was altered, showed Gane favourably to better promote their upcoming duel.

Gane’s head coach Fernand Lopez, who introduced Ngannou to MMA many years ago, said that particular session ended after his protege dropped the champion with a knee to the body which dropped him to the mat. Given both possess devastating power, you can see where this is going.

In terms of fight odds, Ngannou is a slight underdog to end Gane’s 10-0 unbeaten streak as found on Sports Betting Dime. While Jon Jones’ long-awaited heavyweight debut presents yet another dimension to Saturday’s main event, there are other storylines to follow elsewhere. 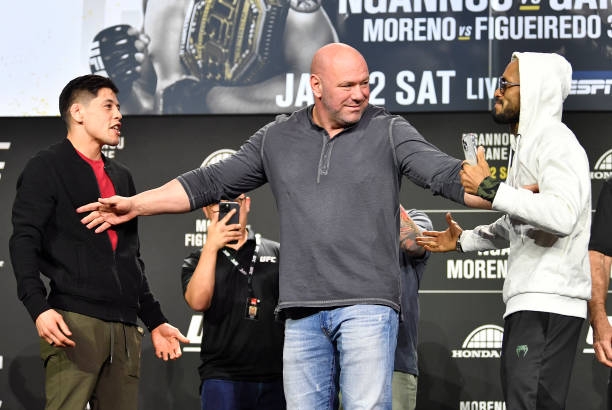 Will Moreno keep his belt? Or can former champ Figueiredo prove UFC 263 was just an off-night?

After being stunned into submission last June, Deiveson Figueiredo looks to regain his flyweight title in a trilogy with new champ Brandon Moreno – not short of eager contenders.

Unbeaten featherweight Ilia Topuria (11-0) is an overwhelming favourite over exciting short-notice opponent Charles Jourdain, while Michel Pereira – tipped by many as a future middleweight title challenger – may start 2022 with another thunderous finish vs. Andre Fialho.

In the first PPV card of the new year, there’s plenty at stake and two championship titles can conceivably change hands. But will they? 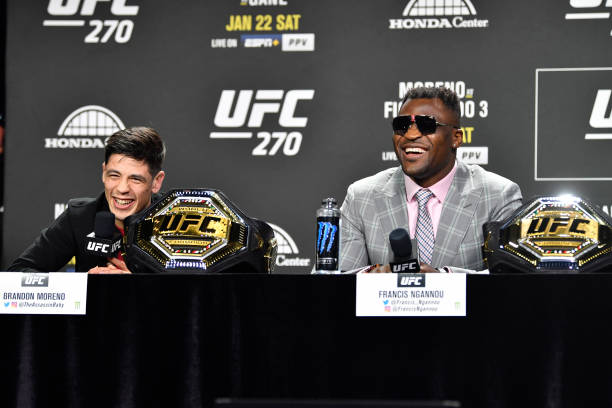 Will the two reigning champions retain their belts?