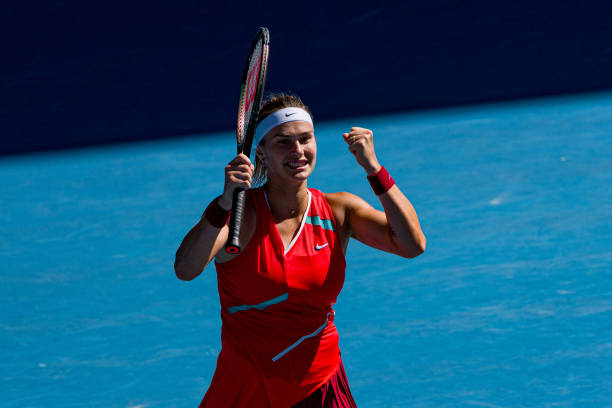 Despite questions over her patchy form and serving issues, Aryna Sabalenka [2] once again recovered from a precarious situation to ultimately prove too much vs. 2019 Roland Garros runner-up Marketa Vondrousova [31] in the early hours on Saturday. Post-match, she joked about only serving ten double-faults here, an improvement from a rough 19 from her R2 victory over China’s Xinyu Wang. Up next? Kaia Kanepi, entering uncharted territory in Melbourne… 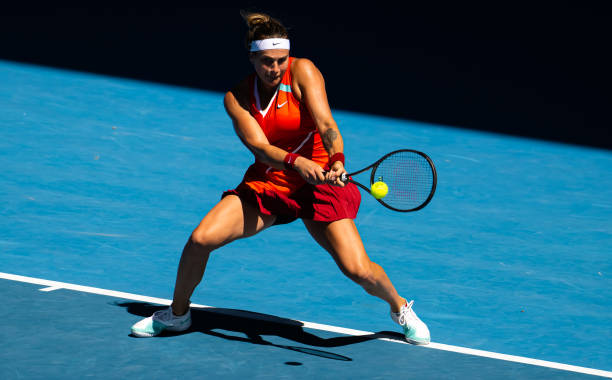 Sabalenka hit 36 winners and won 79% of points behind her first serve (41/52) vs. Vondrousova, ultimately overpowering her in the decider

After successive semi-final finishes at Wimbledon and last year’s US Open, the world no. 2 has booked her place into the second week at a third consecutive Major tournament for the first time in a seven-year pro career to date – but knows she can’t rest on her laurels, and rightly so.

For the third consecutive time already this tournament, she recovered from a set down to emerge victorious. But as the tests get stiffer and the margin for error gets smaller, the Belarusian doesn’t need to be told that she cannot afford such sloppy starts if she wants another deep run.

“I had some trouble. I don’t expect in the next match [to have] a great serve, just keep working and hoping it’s a little bit better with every match. I just want to focus game-by-game, push myself and see how far I can go.”

This time last year, she was KO’d in the fourth round by Serena Williams in a memorable three-set clash that could’ve gone either way up until the very last stages – 6-4 in the decider.

Kanepi beat three-time Major winner Angelique Kerber [16] 6-4, 6-3 in R1 and has a habit of knocking out top players at Slams, so she won’t exactly be afraid of what’s coming her way next.

Especially when she got the better of Sabalenka (6-1, 2-6, 6-1) at last year’s Gippsland Trophy, one of the warm-up events before the 2021 Australian Open. We’ll have to wait and see… 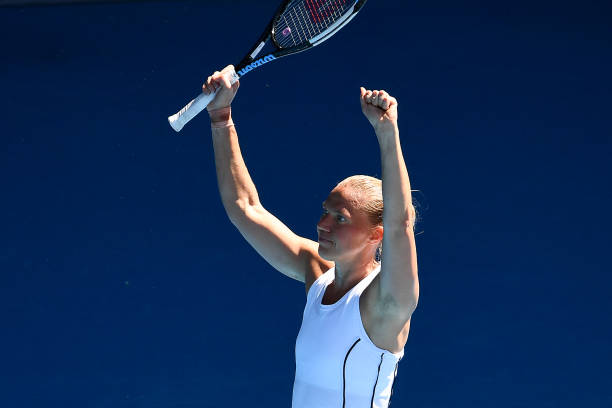 If she can start fast, Kanepi will fancy her chances of another top-10 upset in R4

Kaia Kanepi is making new career strides this fortnight, after similarly recovering from a set down to beat Australian wildcard Maddison Inglis. Sorana Cirstea had to fend off some spirited resistance, beating Russia’s Anastasia Pavlyuchenkova [10] in three sets (6-3, 2-6, 6-2).

Alize Cornet‘s run continues, backing up her Muguruza masterpiece with a comeback win against Tamara Zidansek [29] 4-6, 6-4, 6-2. The scoreline doesn’t always tell the full story, but the consistent Iga Swiatek had to work hard for her 6-2, 6-3 victory over Daria Kasatkina [25].

For all the questions over her fitness and motivation atop the sport, Simona Halep convincingly downed Emma Raducanu’s conqueror Danka Kovinic – dropping just three games (6-2, 6-1). 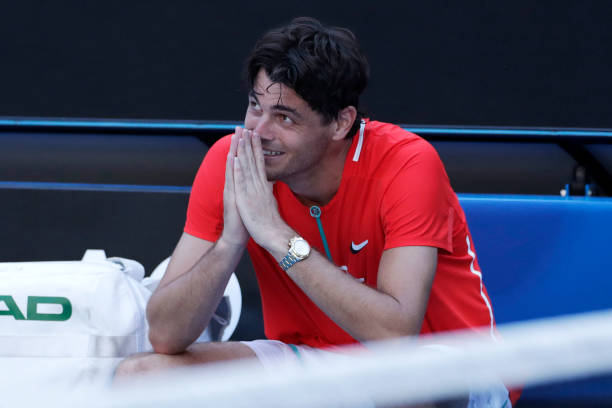 US Open champion Daniil Medvedev got the job done in three against a dangerous Dutchman in the form of Botic van de Zandschulp 6-4, 6-4, 6-2. Felix Auger-Aliassime [9] was tested at times but ultimately came through comfortably vs. Britain’s Dan Evans [24] 6-4, 6-1, 6-1.