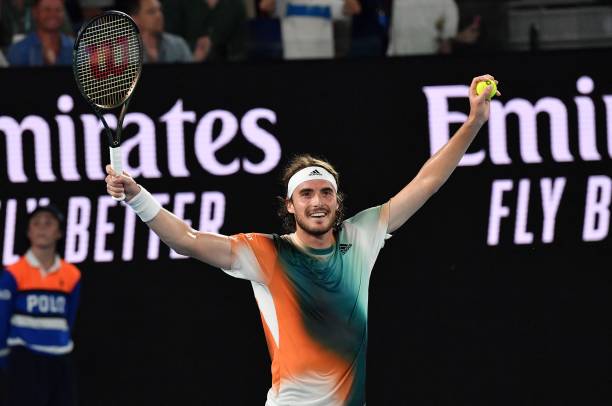 Iga Swiatek, Kaia Kanepi and Stefanos Tsitsipas all had to recover from losing positions before punching their ticket into the Australian Open last-eight, after French veteran Alize Cornet stunned Simona Halep in three sets to reach her first Major quarter-final, on her 63rd attempt. 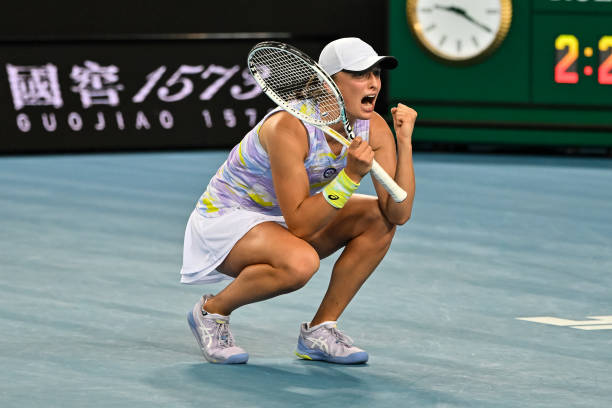 Danielle Collins [27] is one of three Americans still around, and now into her third Major quarter-final, after recovering from a set down to outwork Belgium’s Elise Mertens [19] 4-6, 6-4, 6-4.

There, she’ll play an unlikely but deserving Alize Cornet next after the Frenchwoman’s whirlwind tournament continued – 6-4, 3-6, 6-4 vs. two-time Slam champion Simona Halep.

Iga Swiatek [7] wasn’t playing her best tennis but managed to still hold firm under increasing duress, earning a comeback win (5-7, 6-3, 6-3) against Romania’s Sorana Cirstea in an encounter with multiple momentum swings and an emotional explosion after the result was confirmed.

“It was hard to stay calm, but you [the fans] gave me a lot so thank you. It started with being off the rhythm, after the first set I was shaking a little bit, during the match my stress level was higher so my emotions came out.

I cry when I win and lose, she’s a heavy hitter and pushed me back, wanted to stay on my toes – not my heels – she put pressure on me, returning in-front of the baseline, played fast and I needed to be ready, going forward with shots.”

She held serve at 2-2, saving four break points in an 11-minute hold allowing her the freedom to storm forward towards a finish line that seemed increasingly distant after an out-of-sorts first set.

Kaia Kanepi saw four match points come and go and was thinking the worst as US Open semi-finalist Aryna Sabalenka [2] surged back ahead, but the veteran Estonian executed points better in the third set tiebreak to eventually win 5-7, 6-2, 7-6 (10-7) – completing the Slam set:

“The support is great, helped a lot and of course she made it a tough match – thought I was going to lose after having match points on my serve, I don’t know how I got the win. Australian Open was the only Slam quarter-final I was missing, especially at my age, didn’t think I’d do it.”

Women’s quarter-finals, are as follows:

Men’s r4 clashes, as medvedev and faa through in four sets 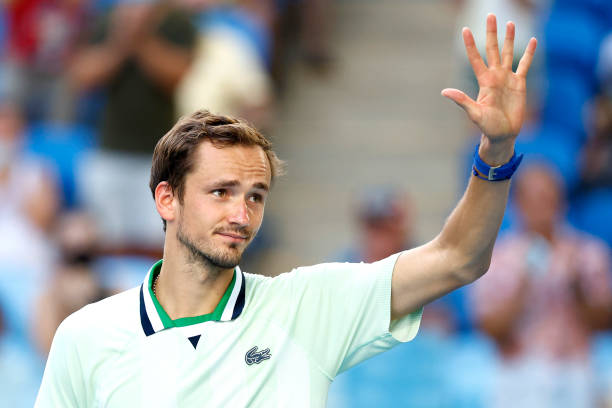 It was uncomfortable at times, but US Open champion Medvedev outsmarted Cressy in four sets

Wednesday will see a US Open semi-final rematch, as Felix Auger-Aliassime looks to perform much better than he did at Flushing Meadows against eventual champion Daniil Medvedev.

Both were pushed in different ways, Medvedev enduring mixed success having to deal with an uncomfortable serve-and-volley playstyle from in uber-confident Maxime Cressy while the Canadian recovered from a set down to knock out 2014 US Open champion Marin Cilic.

Jannik Sinner had a better evening’s work than his next opponent, sweeping aside Australia’s final remaining ATP hope – Alex de Minaur (7-6, 6-3, 6-4) – once he edged a first set tiebreak.

He’ll play Stefanos Tsitsipas [4] for the fourth time in four years (1-2 H2H) after the Greek recovered from a set down, twice, outlasting Taylor Fritz not long after midnight local time and having this to say on the occasion and what awaits him next post-match:

“An epic match, I gave everything out on the court today, very proud of the way I fought, stayed consistent in the close moments and I’m overwhelmed.

The stadium was on fire, it’s too good to be true, knew it was going to get physical, kept reminding myself to do the work and don’t give up, a little bit more patience and it paid off.

Jannik has been playing very good lately, had an amazing 2021, right now just focusing on good recovery, day off then back on court.”

Importantly, the Greek’s backhand was flowing well against Fritz and during his flash interview afterwards he described it as a “huge relief” to play without pain after undergoing elbow surgery and concerns earlier this month that the problem could flare up over this tournament.

“I’ve had a few rough months in 2021 but am happy there’s no indication of elbow pain when I play.”

Fritz dominated the bulk of their lengthier rallies and acquitted himself well, but ultimately left empty-handed after Tsitsipas made adjustments to outlast him in the biggest points.