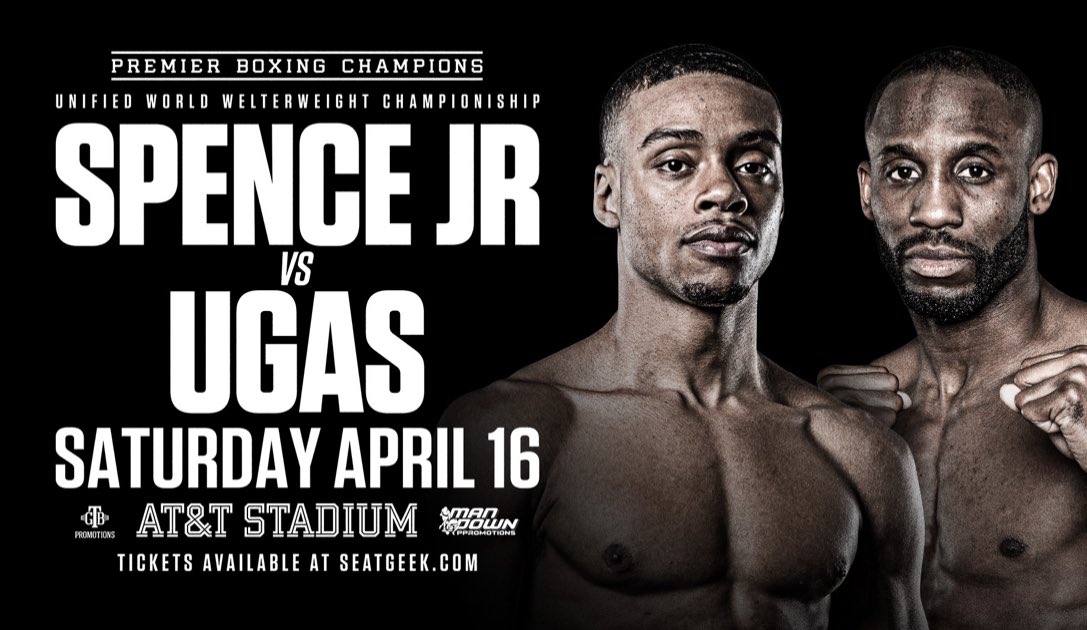 Tune-ups are for those who feel unsure of themselves, he said. Well, after a 16-month absence packed with some rotten timing which saw him agonisingly miss out on the legacy bout all boxers crave, it has now been confirmed: unbeaten two-belt welterweight champion Errol Spence Jr will face Yordenis Ugas in a unification bout – it’s a busy month of boxing in April.

Spence-Ugas another cog in a packed schedule for April 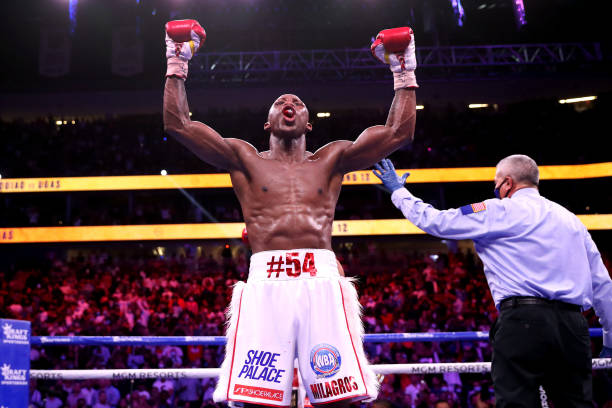 Speculation has intensified over recent months, with all the details but a firm date and stadium to be announced. Errol Spence Jr let the cat out of the bag yesterday morning, now it’s official.

The unbeaten IBF and WBC welterweight champion confirmed through his social media accounts that his unification title bout against Manny Pacquiao’s latest conqueror Yordenis Ugas has now been agreed by both to take place on April 16 at AT&T Stadium in Arlington, Texas.

“Nobody appreciates life like [a] man who cheated death, that’s how I feel with boxing. I had two injuries and I’m back, most wouldn’t come back from that or take a lesser opponent, and I’m back to fighting the top guys.

For me, it’s gave me a whole new perspective on my life, boxing and my career, made me appreciate the things I didn’t really when I was going through the motions, having it [almost] taken away from me gave me appreciation for boxing and life period.”

Spence, 31, was raised in nearby DeSoto and earned wins over Mikey Garcia and Danny Garcia in PPV main events at the home stadium of his favorite football team, the Dallas Cowboys.

Spence (27-0, 21 KOs) and Cuban-born Ugas (27-4, 12 KOs) will fight for three of boxing’s four welterweight titles. Yordenis will make his first defense of the WBA Super welterweight strap he won in Pacquiao’s final fight on Aug. 21 – replacing an injured Spence – producing a surprise win.

Spence underwent surgery the following week, in what proved an untimely blow as he prepared for the biggest fight in his ten-year pro career – a fight rival Terence Crawford couldn’t secure.

Well, what does this news do for Crawford? 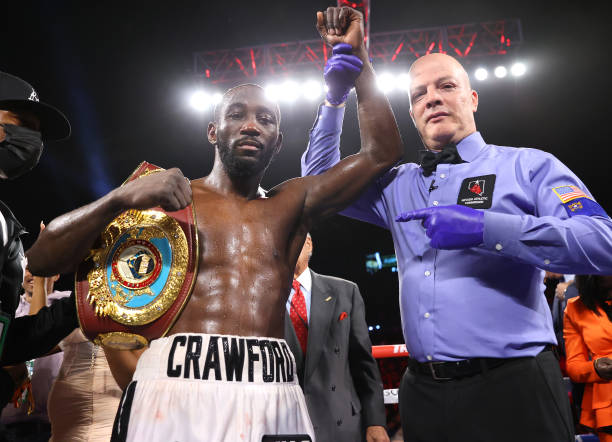 Crawford, one of the sport’s pound-for-pound stars, hasn’t been particularly active in recent times

Speaking of WBO champion Crawford, who earned a knockout win over Shawn Porter on Nov. 20, where does this latest update leave him as far as potential next opponents are concerned?

Not any closer. Josh Taylor, who unified the belts at 140lbs last summer, moving up? Wishful thinking. Regis Prograis or Mikey Garcia? Meh. He won’t fight rising star Jaron Ennis, #2 in the organisation’s divisional rankings, according to the 24-year-old’s promoter Cameron Dunkin.

Revealing his decision to test free agency, rather than re-up with Top Rank boss Bob Arum, was applauded by the journalists at the post-fight press conference after his Porter victory.

He filed a lawsuit last month against Arum alleging racial bias, breach of contract, fraudulent and negligent misrepresentation while seeking almost $10m (£7.3m) – loss of earnings which includes breaching contractual obligations and failing to offer a unification bout with Spence.

Having now healed entriely from the delicate surgery, Spence was medically cleared to return in November and confirmation of this bout agreement will come as welcome news to Ugas too after publicly revealing his displeasure at initially being denied this opportunity in October.

This latest bout confirmation adds another intriguing matchup to what promises to be a busy month in April. WBC heavyweight champion Tyson Fury is set to make the second defence of his title, won from Deontay Wilder two years ago this month, against domestic rival Dillian Whyte.

If the two sides reach a deal by the WBC set date of Feb. 21, they’re set to headline a show from London’s Wembley Stadium – home of last year’s European Championship Final – on Apr. 23.