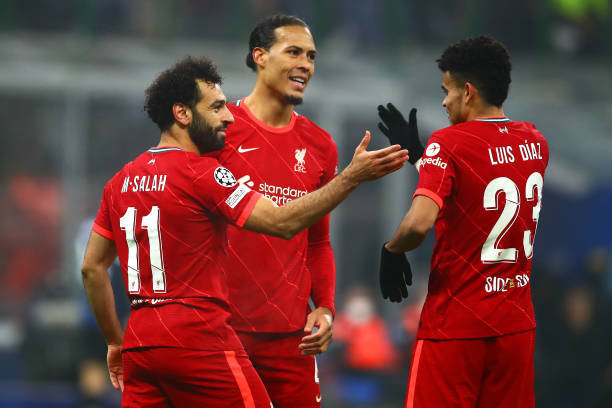 It wasn’t a vintage away display but didn’t need to be as Jurgen Klopp’s Liverpool emerged unscathed from a frenetic Champions League last-16 first leg affair in Milan with a two-goal cushion after late second-half strikes from substitute Roberto Firmino and Mohamed Salah. 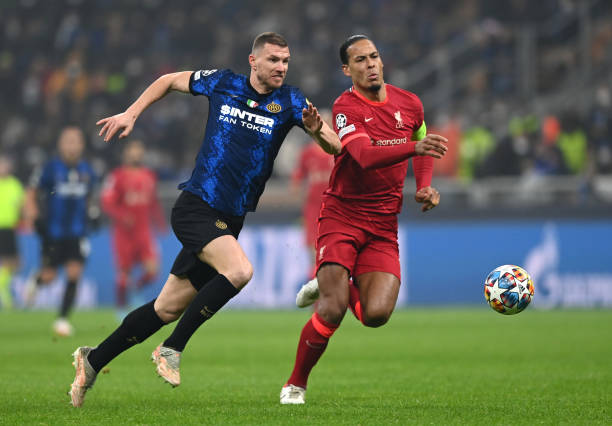 Unlike yesterday’s slow-burning spectacle in Paris, this first leg affair had a Golden Goal feel attached to it – almost as though whoever scored first would go on to win.

However, the commentators were right to highlight his and Thiago Alcantara’s off-ball shortcomings: Hakan Calhanoglu took advantage of the midfielder’s lacklustre defensive awareness and watched as his mazy individual solo effort crashed off the woodwork.

That was one of many warning signs for an unconvincing Liverpool backline to heed, whether that be sloppy ball progression or leaving too many gaps to be exploited in transition.

Liverpool’s front three were not starved opportunities, but lacked their typical incision in the final third. Sadio Mane headed over the crossbar when he should’ve got it on target, at worst, while Mohamed Salah was kept quiet and Diogo Jota uncomfortable in the centre-forward role.

Roberto Firmino replaced the Portuguese forward at half-time, and ultimately proved an inspired change with his eighth goal of the campaign.

Evading Alessandro Bastoni’s attention at the near post from a corner, he timed his movement well and headed Andy Robertson’s delivery across goal – leaving Samir Handanovic no chance as it arrowed into the far corner with aplomb. Finally, with 15 minutes to go, the game’s first goal.

Before then though, Klopp made a triple substitution on the hour mark: on came £37.5m winter signing Luis Diaz, Naby Keita and captain Jordan Henderson in a statement of intent as he remained unhappy with what he saw from his team – no marked improvement from the first-half.

Inter were still bypassing their midfield too easily for comfort, which led to an increasingly open game. Arturo Vidal worked tirelessly as usual (7 tackles), while Marcelo Brozovic (6) wasn’t far behind – allowing Ivan Perisic and Calhanoglu the licence to roam forward with freedom.

They fashioned promising chances, but often seemed to fall to the wrong man or were a fraction too late. Perisic frequently caught Alexander-Arnold sleeping but was denied an assist, either by weight of pass, or by the increasingly agitated presence of Ibrahima Konate and Virgil van Dijk.

The latter berated his fullback’s suspect positioning, but thankfully for the visitors, it wouldn’t hurt them on this occasion. Dzeko had the ball in the back of the net, but was marginally offside.

Milan Skriniar, Inter’s best player here, celebrated as though he broke the deadlock himself after producing a big last-ditch block to deny Diaz baring down on Handanovic’s near post. 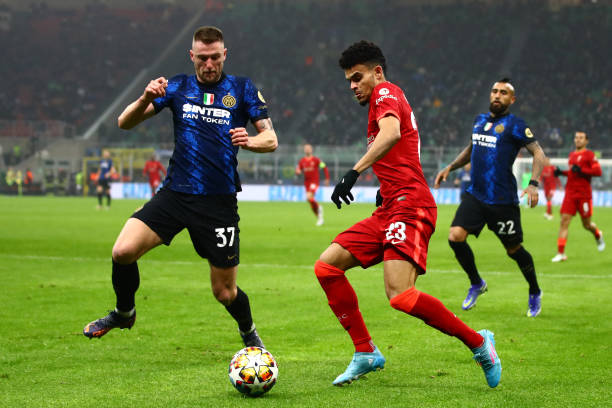 Skriniar stood his ground vs. Liverpool, with four tackles and a trio of clearances and interceptions

But the result was put beyond doubt on 83 minutes and it felt cruel the Slovakian’s deflection helped the ball on its way through a crowd. Alexander-Arnold’s floated pass into the area was headed down by van Dijk, feebly cleared by Stefan de Vrij and the loose ball fell to Salah.

As usual, he didn’t hesitate when the chance came: leaving Brozovic in his rearview mirror to give chase, before firing a low effort through three challenging players to double their lead.

It’ll be a bitter pill for Simone Inzaghi and his Inter players to swallow, considering they played well enough to win this on home soil and now face an unenviable task: somehow win comfortably away at the cauldron of noise that awaits them on Merseyside next month.