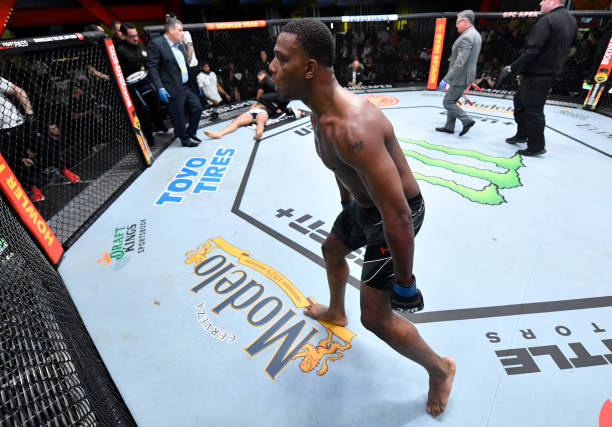 Light-heavyweight contender Jamahal Hill (#12) began the new year the same way he ended the last: producing a furious first-round finish, this time blasting Johnny Walker (#10) into a state of helplessness midway though a memorable maiden main event slot. The 205lb division needs some fresh contenders and after an early KO of the Year contender, that won’t be his last. 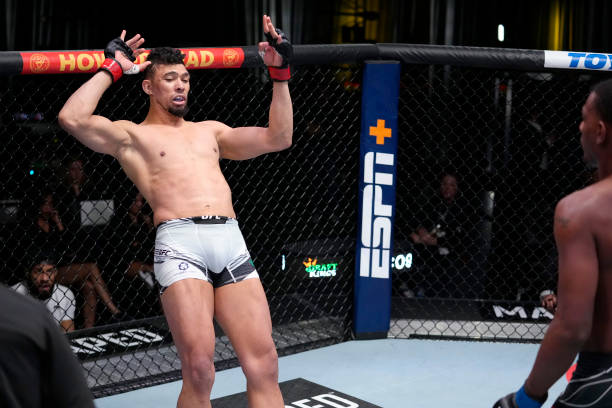 After eating a thunderous Hill right-hand punch, Walker appeared unconscious before he hit the mat

Some critics will remain, but perhaps Jamahal Hill is winning new fans and will gradually get the respect he so craves. Even the way he addressed the questions afterwards suggests that much.

“It’s time to start having a different conversation about me… where’s he going next? how good am I for real? Stop doubting me, start believing, this is real.

Right now, I’ll take a look at the division, get with the head bosses and see what [fight or potential next opponent] makes sense.”

Walker, for all his flaws and frustrating tendencies, is a credible acid test at 205lbs. The 29-year-old Brazilian was 4-3 in the UFC heading into this contest, similarly a fast starter like Hill, so it felt inevitable someone wasn’t going to last. The way things unfolded here? Yeah, try predicting that.

The last man to beat Walker so emphatically? Corey Anderson, who was granted his UFC release in 2020 and is now currently enjoying the fruits of his labour with a three-fight winning streak – one man stands between him and Bellator gold: existing champion Vadim Nemkov on April 15.

Jan Blachowicz [1] vs. Aleksandar Rakic [3] and Ryan Spann [13] vs. Ion Cutelaba [15] were booked and set to be moved after the former champ and Spann suffered separate injuries.

So with that information in mind, it leaves a whole host of other 205lb contenders still awaiting their next assignment. As far as a surging Hill is concerned, the only way from here is up.

Anthony Smith [4] is the only one from that mix enjoying much success of late, with fellow former title challengers Dominick Reyes [7] and Volkan Oezdemir [8] both in a tough position after experiencing losing runs and KO defeats which have seen them slide down the rankings.

Post-fight on the broadcast, fighter-turned-commentator Paul Felder buzzed with excitement about seeing Hill return soon and after producing an emphatic display like that, it’s hard to disagree with him. Dominick Cruz named Oezdemir and Smith as possible next opponents.

If he wants to work his way up the ladder, then the name that makes the most sense is Oezdemir – Smith might’ve been attainable 18 months ago, but is riding a three-fight win streak against prospects and appears much closer to a title shot than he did around this time two years ago.

Oezdemir, who boasted a 15-1 record (3-0 UFC) heading into 2018, has lost five of his last seven fights since then – Daniel Cormier in his first and only title opportunity, the aforementioned Smith, Reyes and memorably Jiri Prochazka in the Rizin star’s promotional debut at UFC 251.

Although he was quickly clowned by most fans under the Twitter post above, the 32-year-old Swiss international could prove precisely the next acid test for a surging Hill train that doesn’t look like stopping anytime soon after experiencing a rude awakening himself on PPV last year.

Unlike where he manufactured beef to his detriment vs. Craig last summer, Jamahal appears more thoughtful and has been humbled by a fast defeat that showed he isn’t untouchable. 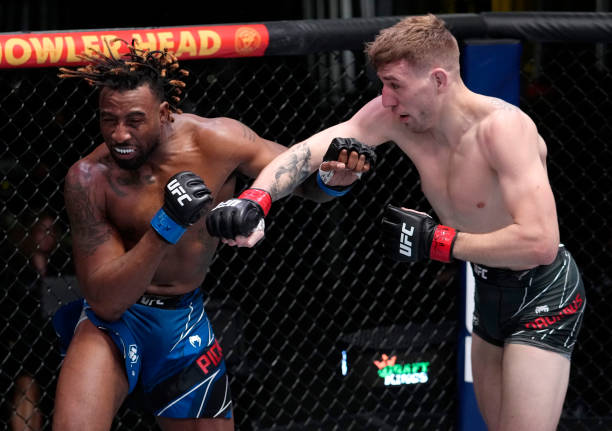 In the night’s co-main event, Kyle Daukaus had an early night’s work vs. Jamie Pickett – making him tap from a D’Arce choke submission moments before the horn sounded to end round one.

Taken at short-notice in a catchweight bout at 195lbs, Daukaus has notched his first win since losing a unanimous decision against Phil Hawes last May.

In the heavyweight division, Parker Porter is now on a three-fight win streak – the first of his  periodic 15-year career – after earning a gritty UD win over France’s Alan Baudot (29-28 x 3). 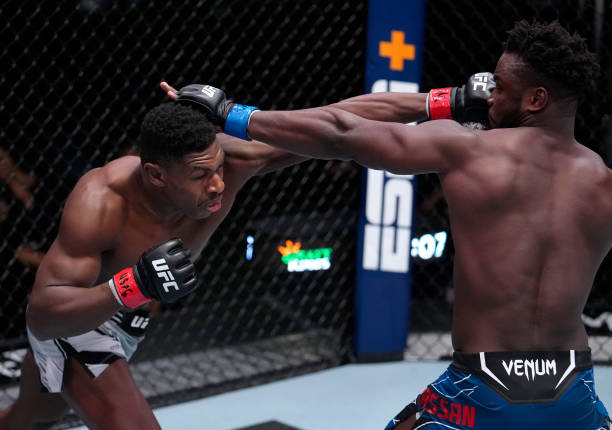 It wasn’t pretty, as both were clearly struggling with their cardio by R3, but middleweight Joaquin Buckley edged a split decision victory (28-29, 29-28, 29-28) over fellow knockout artist Abdul Razak Alhassan despite clearly losing the final stanza by being overwhelmed on the mat. 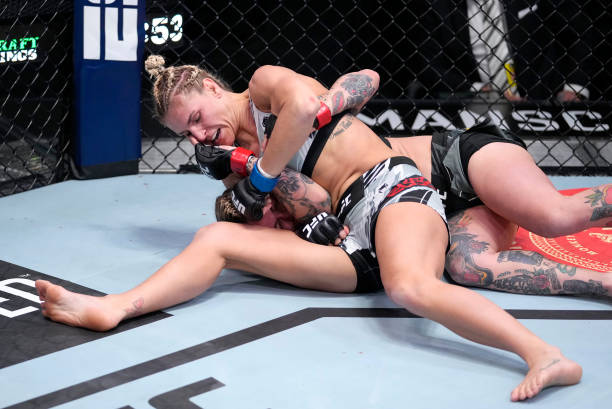 Statement made: Egger has racked up successive wins and looks at home in the promotion

In the night’s featured prelim at a catchweight of 148lbs, Ugandan featherweight David Onama produced a vicious first-round KO win over Gabriel Benitez to bounce back in style and earned a $50k bonus after a memorable hard-fought debut loss by a gritty Mason Jones last October.

Even after losing her UFC debut to Tracy Cortez in Oct. 20, Swiss women’s bantamweight Stephanie Egger has justified the fanfare that came with her arrival within the promotion.

After blasting past Shanna Young on the Santos-Walker undercard last October, and the 33-year-old now swarmed Jessica-Rose Clark inside four minutes with an armbar this time around.

In a matchup of two 18-3 featherweights, Chas Skelly – who has endured a rough two-year stretch – earned an impressive second-round TKO win (knee and punches) against Mark Striegl.

After having four separate fight dates cancel for various reasons between Jan. 20 and Oct. 21, the 36-year-old will hope for better luck and more victories under his belt.

After defeats by Jinh Yu Frey and Cheyanne Vlismas last year, Brazilian strawweight Gloria de Paula is back in the win column after edging past Diana Belbita on the scorecards (29-28 x 3).

Another Contender Series victor was Canada’s Chad Anheliger in the bantamweight division, earning a third-round TKO win over Jesse Strader after landing a counter left and unloading with ground-and-pound strikes.