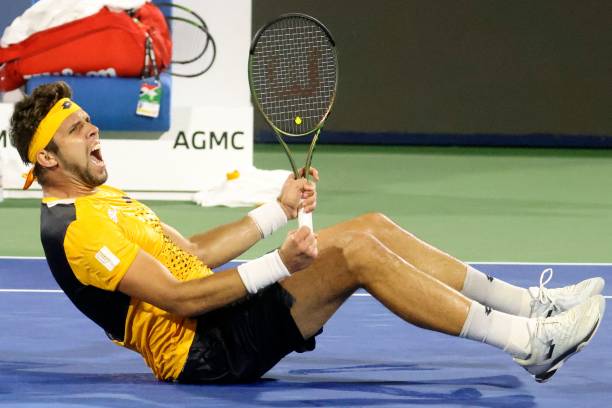 After emerging unscathed through two qualifying rounds to reach the Dubai main draw, then beating both Marin Cilic and Roberto Bautista Agut (#8) in straight-sets, Jiri Vesely’s week went from commendable to masterful after an inspired showing against Novak Djokovic, winning 6-4, 7-6 (7-4) to knock the 20-time Grand Slam champion off his perch as the world’s best player. 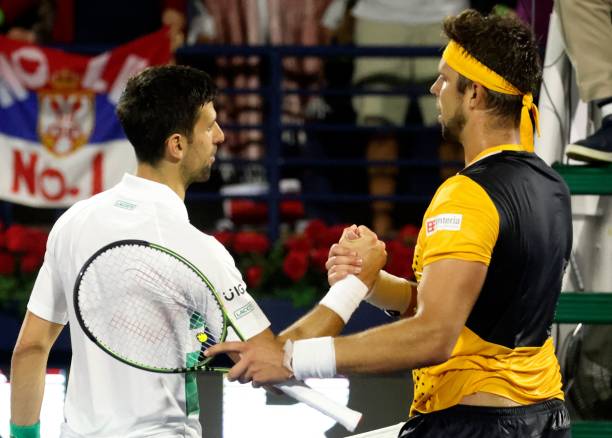 The pair embrace after Vesely’s hard-fought victory against the odds, doing so in straight-sets too

He broke the 34-year-old in the opening game and despite parity being restored a few games later, you could sense this would be a tightly-contested affair from the volatility of their early rallies. Djokovic’s forehand was flagging, his first serve not much better and Vesely fed off that.

Even still, the 28-year-old had plenty to do as Djokovic’s trademark defence came to the fore while his striking range improved considerably under increasing duress on the scoreboard. 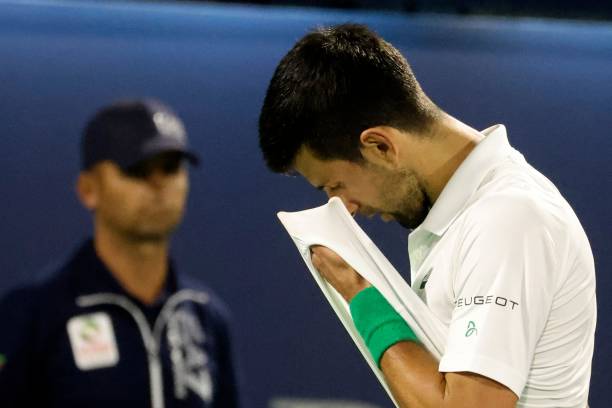 Djokovic started sluggishly and despite initially recovering to get on level footing, it didn’t last

However unlike a best-of-five set format, time wasn’t on Djokovic’s side as Vesely often raced through service games and frequently applied pressure down the other end wherever possible.

It told in the end, with far too many Djokovic errors as he consciously tried to overcompensate for Vesely’s consistent powerful hitting. Despite doing well enough to take set two into a tiebreak, the Serb was 3-0 down quickly in that too as the inevitable edged closer to fruition.

But wait, how does this result impact Medvedev? 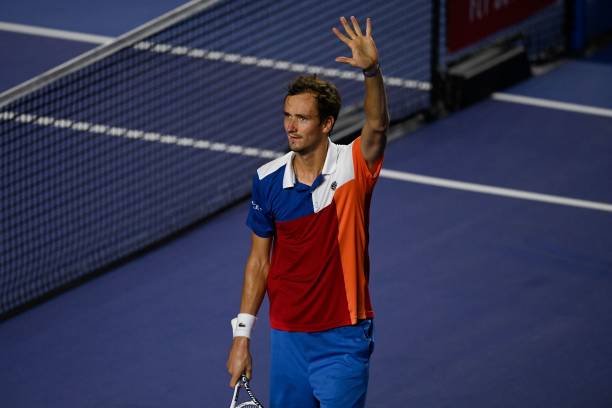 After losing to Daniil Medvedev in last year’s US Open Final and then being deported from Melbourne, unable to defend any of his 2000 points, won at last year’s Slam, Djokovic’s stranglehold over the world no. 1 ranking had weakened significantly in recent months.

Medvedev, currently competing in Acapulco at a separate ATP 500 event this week, no longer has pressure on his shoulders to win. The only way Djokovic could retain the #1 spot heading into Indian Wells, was if he bettered the Russian’s result – impossible with no control over outcomes.

A new career-high world no. 1 ranking will come as a late birthday present for the 26-year-old, though Medvedev’s consistency in recent years has proven difficult to match across all surfaces.

Considering he turns 35 in three months, it’s clear that Djokovic is at a stage of his career where goals and future targets are much different to Medvedev, especially after coming to terms with the unprecedented events over the past few months and the ripple effects they’ve had.

This change could’ve been solidified in Melbourne, but Medvedev was bested by an awe-inspiring Rafael Nadal showing as the Spaniard sealed his 21st Grand Slam title. Love him or hate him, Daniil deserves this spotlight now. How long it’ll last though, only he can answer that.