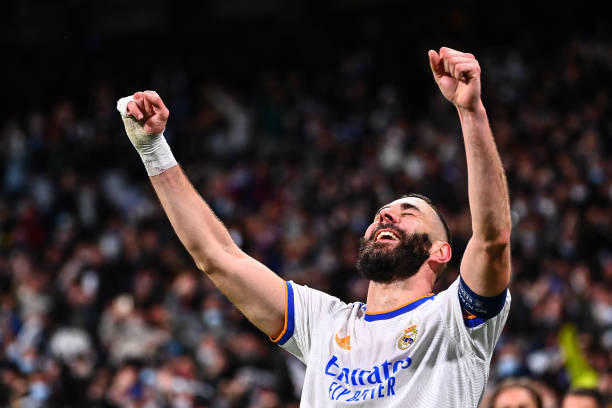 Karim Benzema’s 17-minute hat-trick sent the Bernabeu into raptures, as Real Madrid produced the seemingly improbable: recovering from 1-0 down on the night, and 2-0 on aggregate, stunning PSG to progress into the Champions League quarter-finals. The visitors, ahead after Kylian Mbappe’s near-post finish six minutes before half-time, capitulated again. 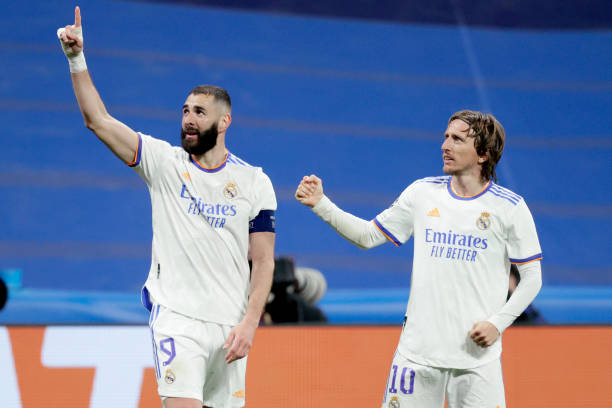 Benzema celebrates his second of the evening with Modric, but he had another shortly afterwards

It all comes back to Thibaut Courtois. For all the criticism he gets, microscopic analysis of his saves or shots that squirmed through his reach, the Belgium international’s saves – over both legs – proved decisive in helping Real Madrid rally from two goals down to leave PSG red-faced.

Even here, he wasn’t immune.

The 29-year-old made three saves, all of them important, to keep a probing PSG trident at bay. Twice from Kylian Mbappe, once from Neymar, all in a frenzied first-half feast that promised plenty and yet the hosts’ predicament had worsened by half-time. It could’ve been worse still. 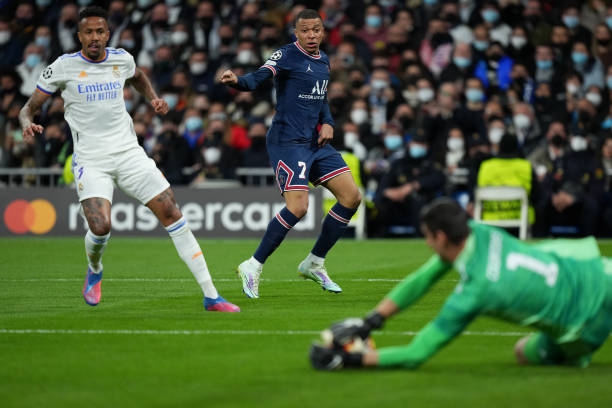 Courtois was kept busy in a first-half that could’ve easily settled the tie, but for his contributions

Much less tense and considerably more end-to-end than the first 90 minutes, Real players were buoyed by the occasion and their boisterous home support didn’t let them down either.

After an encouraging start though, the adrenaline eased and Los Blancos were sinking back into old habits, playing perfectly into the visitors’ hands. Mbappe’s blistering acceleration on the counter-attack, coupled with the Lionel Messi and Neymar connection, spelled disaster.

Soon enough they heeded the warnings, but it was nearly too late.

Ridiculed for being given the runaround in the first leg, Dani Carvajal’s sliding interception here just emphasised how finely this game hung on a knife edge:

Just moments beforehand, Benzema came mightily close with a curling effort goalwards that whistled just past the far post on the edge of the area as a loose ball trickled towards him after Luka Modric was fouled and referee Danny Desmond Makkelie waved play on.

It looked similar to his sumptuous goal against Athletic Bilbao in December and sure enough, it wouldn’t be the last time he let fly on an evening where his teammates’ service was noticeably improved from a frustrating first leg which only served to highlight he wasn’t at 100% fitness.

Messi ghosted past Toni Kroos and Eder Militao, playing a one-two with Neymar before attempting to apply his trademark chipped close-range finish over Courtois.

Instead, his dinked effort trickled across the face of goal. Three minutes later after a patient passage of passing build-up play, Mbappe scored the first of his three goals for the night.

Two were cruelly, but correctly, ruled marginally offside and this was the first – fullback Nuno Mendes penalised down the flank before the World Cup winner applied the finishing touch.

Five minutes later, PSG secured their deserved lead. Real were caught on the counter, with Neymar and Mbappe not needing a second invitation to benefit from dishevelled positioning.

The former fed the latter with a first-time flick forward and Mbappe fired at Courtois’ near post. Thibaut would’ve been disappointed as he got fingertips to it, but it was tough to stop at such range and looks worse in isolation, like most goals a man of his frame and ability concedes.

No half-time changes for either side and once more, Mbappe had the ball in the back of the net.

This time it was just five minutes after the restart, silky stepovers and a deft dummy saw him deceive an onrushing Courtois before scoring but again, the hosts’ blushes were saved with another reprieve. Having sustained a knock on Monday, it was to be that sort of night for Kylian.

Without warning, the tie turns on its head 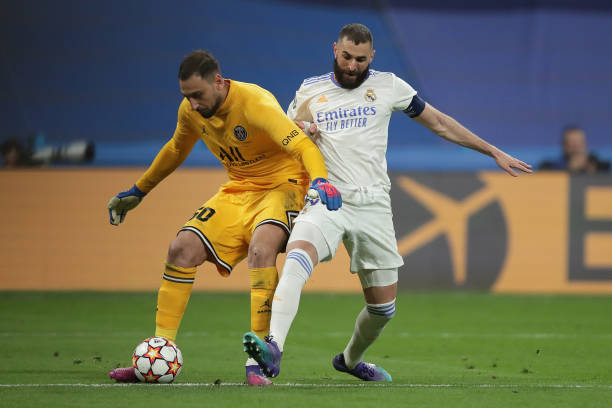 Even with their intense pressing forcing PSG into needless mistakes from their own half upon occasion, no-one would’ve expected Benzema’s first goal to come the way it did.

The manner of it though, lit the touch paper in a second-half showing where this competition’s 13-time winners showed their mettle and defiant spirit again. PSG were defending an avalanche.

After a sketchy backpass, Gianluigi Donnarumma hesitated in possession. Benzema applied pressure, forcefully challenging him – without winning the ball – as the European champion partially cleared his lines and fell to the turf, gesticulating he was just fouled.

The referee was unmoved, waved play on and everyone watched as Vinicius Jr latched onto the loose pass, squared across for Benzema who was never going to miss from such close-range.

No VAR check to overrule it, suddenly it was game on again from seemingly nowhere. As the crowd support swelled for the Spaniards, things would soon intensify to epic proportions.

Vinicius Jr fluffed his lines, skying a big opportunity after great work by Federico Valverde to keep an unlikely move going, as fortuitous bounces helped the ball on its way to the Brazilian.

Thankfully for the winger though, it didn’t matter, for this was to be Benzema’s big night.

Three minutes later, the Frenchman scored again after industrious running by Luka Modric through midfield saw the 2018 Ballon d’Or winner thread through a delicate pass in the area.

Despite Marquinhos’ best efforts to block, it deflected past him and away from Donnarumma to level the aggregate scoreline. Almost immediately afterwards, Benzema completed his hat-trick.

PSG players were stuck in a trance, still reeling from the first and angry at how easily a second was conceded, yet their backline was under siege yet again. Marquinhos’ attempted clearance fell straight to Benzema, who instinctively flicked it into the far corner with a one-touch finish.

Much was said about Robert Lewandowski’s treble against Salzburg on Tuesday and how fortune often favours the world’s best when they get into great attacking positions.

The same could be said for Karim, who looked to the heavens as the visitors, frozen in time, were in disbelief at another Champions League campaign unravelling before their eyes. 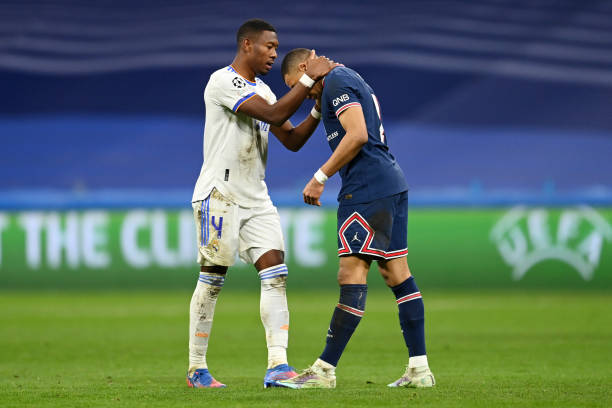 Achraf Hakimi and Presnel Kimpembe were both booked in the final ten minutes, Pochettino bringing on Angel di Maria and Julian Draxler as a last throw of the dice, but those changes were reactive and futile. If worst came to worst, Real would’ve probably gone and scored another.

Modric came close with an effort just outside the area, with it obvious PSG had imploded and history had repeated itself: despite their star names, crucially lacking the steely composure many will muse money can’t buy when the lights shone brightest in another high-pressure situation.