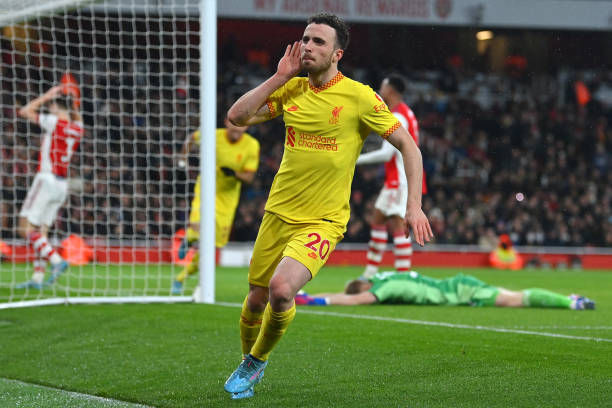 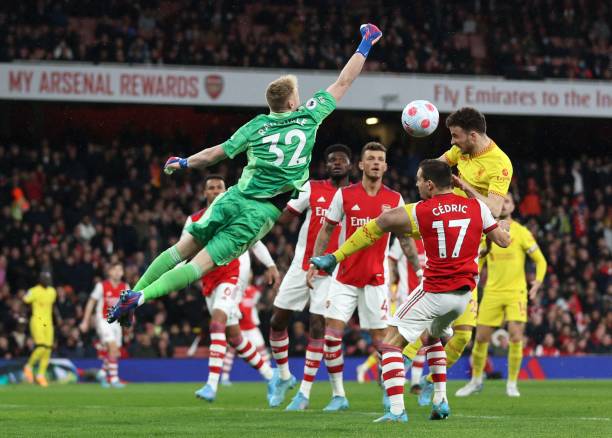 As Aaron Ramsdale’s unconvincing attempt at clearing an aerial delivery to safety was masked by a subsequently smart diving stop to deny Virgil van Dijk’s goalbound header two minutes in, you couldn’t help but wonder whether this foreshadowed a long evening ahead for Arsenal.

That moment, swiftly applauded by commentators, later proved one of few the 23-year-old will look back at fondly, from a game they again created chances but were punished by a smarter, well-drilled side aware of the stakes on offer and content in picking their moments to pounce.

After reigning champions Manchester City dropped points in south London against Crystal Palace on Monday, a Liverpool win would close the gap on their title rivals to just a point here.

Even with that in mind though, Jurgen Klopp had to endure some nervy viewing. Andy Robertson made a vital intervention 14 minutes in, after Gabriel Martinelli – a player the German has publicly praised – bypassed Trent Alexander-Arnold and fizzed a low ball across the area:

The home support fed off Arsenal’s passages in possession, though you could sense they gave their visitors too much respect and many besides Martinelli were playing with the handbrake on.

Alisson was forced into a big save from Martin Odegaard, five minutes into the second-half, as Thiago played a blind backwards pass which was quickly intercepted. They should’ve scored. 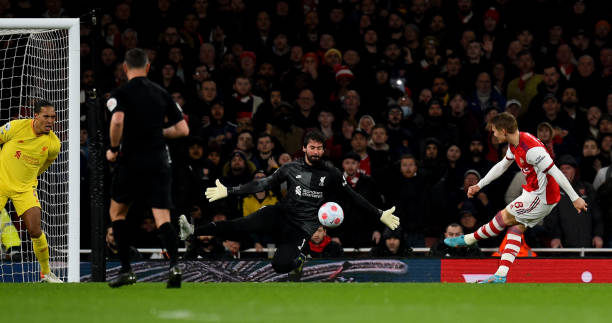 They didn’t, and four minutes later Diogo Jota was wheeling away to silence the Emirates crowd. Thiago’s defence-splitting pass evaded a trio of Arsenal players, fed the forward through on the edge of the area and four touches later, he fired low and hard past Ramsdale at his near post.

A poor goal to concede on a number of levels, but with Ramsdale their last line of defence, he too should’ve done better to save it. 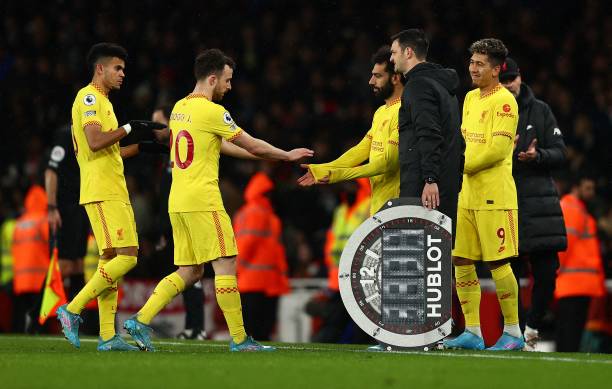 On came Mohamed Salah and Roberto Firmino in a double change afterwards, with the latter netting his ninth goal of the season six minutes later. As the Gunners struggled to convincingly clear their lines, Robertson was rewarded for his persistence with his seventh assist of 2022.

After having an initial cross blocked, the Scottish international then raced to intercept the loose ball near the touchline in a 50-50 battle with Bukayo Saka before charging down the byline, clipping an inviting pass into the area before Firmino made no mistake from close-range.

Arsenal, for all their hard work, were 2-0 down and out of the contest in the space of 10 minutes.

Goals change games whenever they’re scored, but Odegaard’s chance will be replaying in their minds as they leave with a sense of what if. They can’t say it wasn’t coming though. Just before half-time, Alexander-Arnold’s probing long ball forward found Sadio Mane on the counter-attack.

After a great first touch, the African Cup of Nations winner flicked his eventual effort over the crossbar under duress from an onrushing Gabriel Magalhaes. It was a warning the hosts failed to heed, at just how quickly they could be broken down with one incisive pass.

Arteta’s alterations were well-intentioned but futile, as none – Emile Smith-Rowe, Nicolas Pepe and Edward Nketiah – did anything of note. That has, worryingly, often been the case this term.

Martinelli never stopped running and curled an effort narrowly wide of Allison’s far post late on, while Kieran Tierney made a stoppage-time intervention to stop Salah adding insult to injury. 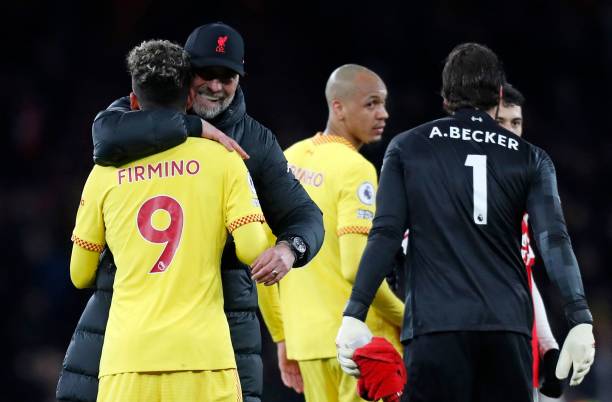 As I said at the end of February, Liverpool will fancy further success this season so long as they maintain a sense of ruthlessness in the final third. They weren’t at their best and didn’t need to be here, instead hitting the hosts in transition while surviving a few nervy first-half moments.

Arsenal, by contrast, remain a team in transition with multiple key young players who still have plenty to learn as far as game-management and decision-making against the league’s best.

You could see subtle nuances emerging. Odegaard’s one-man press at times in the first-half exemplified what Arsenal lacked out of possession. Had they collectively pressed with this much intensity – even in short spurts – as a unit, Liverpool would’ve struggled to grow in confidence:

The differences between them is clear and that’s why it’s best to temper expectations, even with Mikel Arteta’s men entering this match on a six-match unbeaten run. It feels like no coincidence the Reds have now provided perspective for them on more than one occasion already this term.