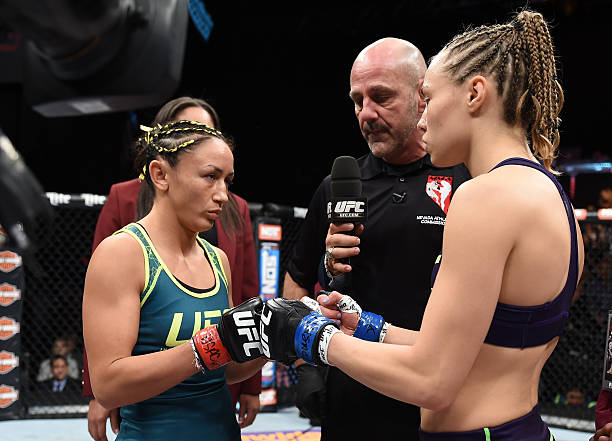 Seven-and-a-half years after their first meeting, UFC strawweight champion Rose Namajunas will hope to avenge her submission defeat by former titlist Carla Esparza (#2) as the pair are set for an intriguing rematch in the UFC 274 co-main event, on a night headlined by Namajunas’ teammate Justin Gaethje – attempting to claim lightweight gold vs. Charles Oliveira.

Namajunas vs. Esparza 2 has long been the fight to make 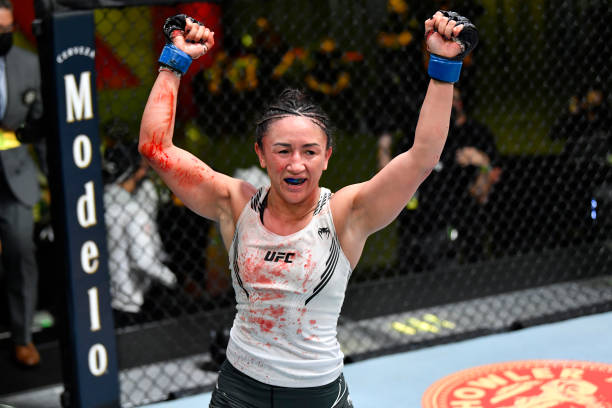 Since successive defeats by Claudia Gadelha and Tatiana Suarez in 2018, Carla Esparza has won five straight with four decisions and most recently an impressive R2 TKO win over Yan Xiaonan.

So while the promotion overlooked her for Rose’s first defence, in a much different rematch against Zhang Weili at UFC 268 no less, there was an overwhelming feeling among critics when that fight was booked that these two would eventually collide once more later down the line.

Per a report from SI overnight, this matchup is now officially a go for May 7. At long last, Esparza has a chance to become a two-time champion at 115lbs – just like Namajunas herself.

Many critics felt the Chinese did enough to emerge on the scorecards in the rematch, with credit aplenty going to the technical and tactical adjustments made by her new team Fight Ready.

Weili had moved her camp from Beijing to Arizona and was armed with a secret training weapon in former two-division UFC champion Henry Cejudo (alongside his coach Eric Albarracin).

She showcased her strength and wrestling skills in the first two rounds, unleashing some big punches in the second – as the pair’s fast hands were on display, alongside various heavy kicks and a timely takedown by Rose to finish R2 in mount. 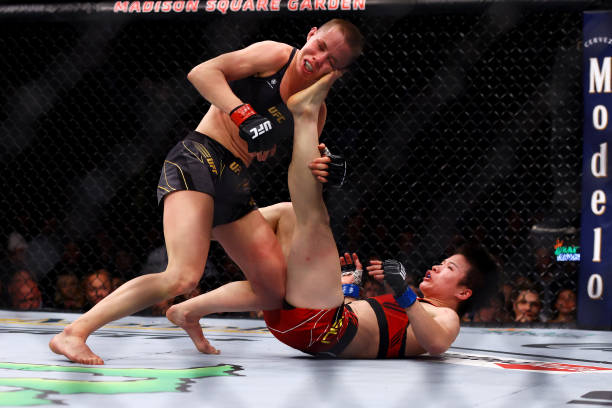 Esparza will take encouragement from Weili’s display, as many believed the Chinese should’ve won

However, a strong final round helped Namajunas retain her 115lb strap with a split decision victory and one that will stand the 29-year-old in good stead as she awaits another rematch.

Esparza, who won their first meeting with a R3 rear-naked choke, relinquished the belt in her first title defence as inaugral strawweight champion against Joanna Jedrzejczyk four months later.

Although MMA math never is as succinct as it may seem on paper, Rose will be full of confidence.

She holds two wins vs. Jedrzejczyk (Nov. 2017, Apr. 2018) and only has one lost since a 2016 split decision defeat by one-time title challenger Karolina Kowalkiewicz, Joanna’s Polish compatrot.

You could argue the same for Esparza though, considering she won the first meeting, even if it was so long ago now. Even with the evolution in their respective arsenal, this is still a favourable stylistic matchup for her, especially after observing Rose’s ground game tested against Weili.