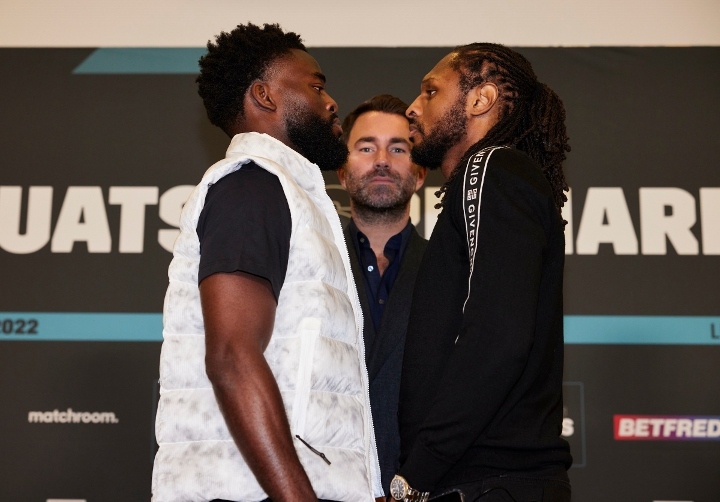 Buatsi vs. Richards, a must-win for both 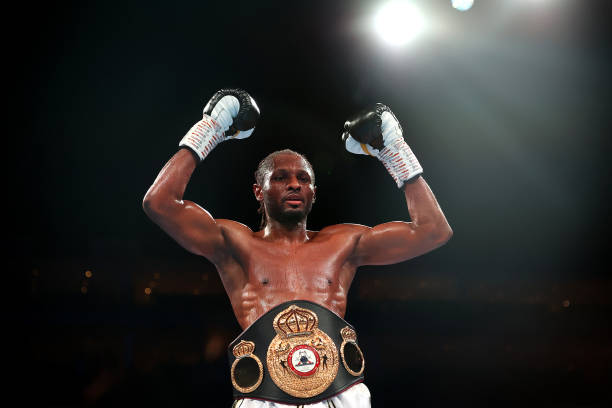 Richards, who returned to winning ways vs. Marek Matyja on Oct. 30, cannot afford another loss

With all three champions now booked over the next quarter, it makes sense for contenders to keep ticking by, making intriguing bouts of their own. While most have long been enamoured by the prospect of Buatsi-Yarde, Richards finds himself with a golden chance in two months today.

“Obviously, he’s been out the ring for over a year – but now it’s time to get active. I want to see him box in September, the one more fight on the Joshua card in December. Then, I believe he’s ready to fight for world titles in 2021.”

For many reasons, it just hasn’t materialised yet.

However in a post-lockdown world, if he’s able to stay active and avoid injury – easier said than done – that maiden world title booking won’t be much longer in wait. On this matchup being agreed, Hearn praised the pair for not idling around given what’s at stake.

“A big well done and thanks to Joshua and Craig for taking this fight, it’s exactly the kind of fight boxing should be making. Two domestic LHWs on the verge of a World Title shot decide to put it on the line rather than wait in a queue, giving us a fantastic battle of London that can only be a thriller.”

Having shown the grit and tenacity many critics questioned whether he truly had en route to an R11 TKO win over Latvia’s Ricards Bolotniks in August, the proposed Maxim Vlasov matchup was scheduled to be another sink-or-swim showcase.

Considering many believe Vlasov did enough and should’ve edged past Joe Smith Jr during their nip-and-tuck world title clash last April, it would’ve been a big name on Buatsi’s resume. 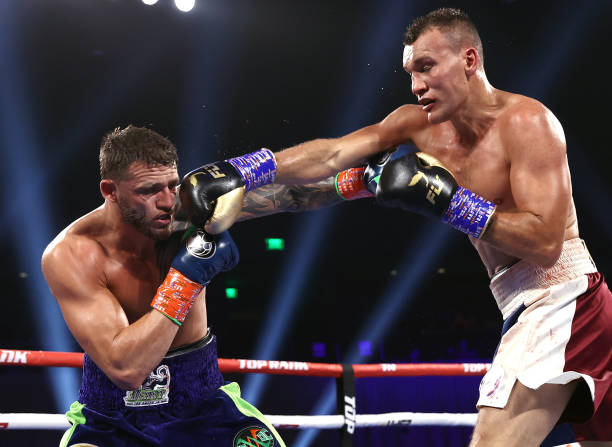 Vlasov (right) certainly had some success vs. Smith Jr, but not enough to edge it on the scorecards

Add to that another successful camp with highly-regarded coach Virgil Hunter, who he spoke highly of after venturing Stateside to continue developing, and you see where I’m going with the collective hopes that his potential is finally being fulfilled. Buatsi turned 29 last Monday.

“We’re two top tier fighters from the UK, this is one of the biggest London domestic clashes for a long time. This is a very exciting fight for us both, but also one the fans will enjoy.

Buatsi has got his plans and sure he’ll be well prepared, but nobody is going to stop me from fulfilling my destiny of becoming a World Champion! I’m confident, believe I have the tools to get the job done, proved myself at world level and am eager to prove that’s where I belong.”

Currently ranked #3 by the WBA and #2 for Beterbiev’s IBF strap, time waits for no-one. Buatsi needs big fights and he’s certainly aware of the jeopardy involved ahead of this encounter:

“Two London boys coming together, it’s going to be a huge night. The Light-Heavyweight scene in this country is thriving, I’m glad we’re able to get one of the biggest fights made.

I am coming to win and nothing else, Richards is doing the same. He had a close fight with Bivol so will want to make things straight, but I have other plans. Win well and then push onto the World Title by any means necessary.”