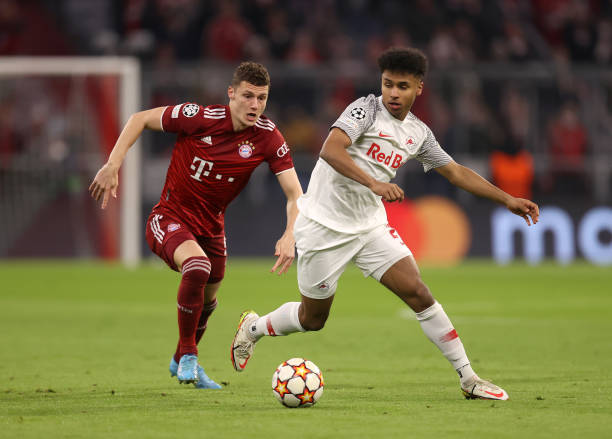 While still battling over a fair price for RB Salzburg’s latest hotshot, around the €45m (£37.4m) figure, Bundesliga giants Borussia Dortmund have been linked with approaches for other strikers this summer as they prepare for life after Erling Haaland – whose €75m (£62.4m) release clause is active and will inevitably be explored by Europe’s elite in the weeks to come.

BVB planning as Haaland’s departure only a matter of time 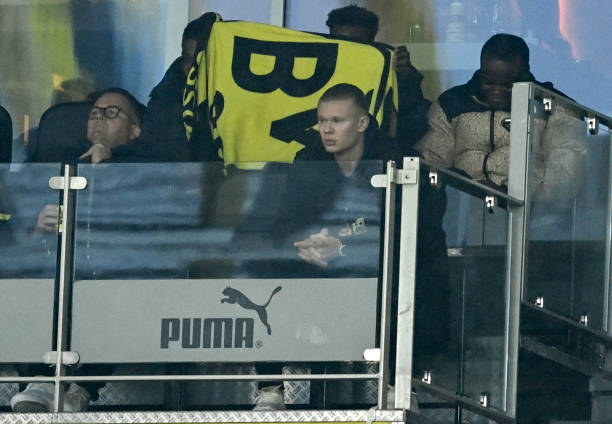 There’s no smoke without fire. As far as Dortmund are concerned though, they want a smooth transition with another of their highly-regarded stars set to leave for big money this summer.

Last year, it was Jadon Sancho returning to England with Manchester United spending £73m on a player they long admired despite him flourishing in the academy ranks of their fierce rivals.

Erling Haaland might be doing the same but with a different colour. Leeds-born, father Alfie played for the sky Blues and naturally Pep Guardiola’s men would be wise to ponder making him their big summer target after failed approaches for Harry Kane and Cristiano Ronaldo in 2021.

In an environment often decided by the finest of margins, Kane and Ronaldo (both 12) have scored more Premier League goals this term than any City player. Riyad Mahrez and Raheem Sterling, both conventional wingers, are closest with 10 each and you can’t help but wonder.

Would Liverpool be breathing down the defending champions’ necks with such vigour and voracity if Pep had one of the aforementioned pair to call upon as his first-choice striker?

Dortmund too, will feel hard done by. Their best player missing for the bulk of their biggest games this term, has essentially decided their European fate – on two occasions – and they’re six points behind Bayern with seven games to play, including against yours truly, in the Bundesliga.

For all his undeniable ability and potential, Donyell Malen hasn’t yet stepped up like the £26m man they expected to shine immediately after capturing him from PSV Eindhoven last summer.

They want more. Luka Jovic’s situation at Real is murky, though the Serbian – a hot prospect during his time at Eintracht Frankfurt in 2017-19 – would likely welcome Germany again. 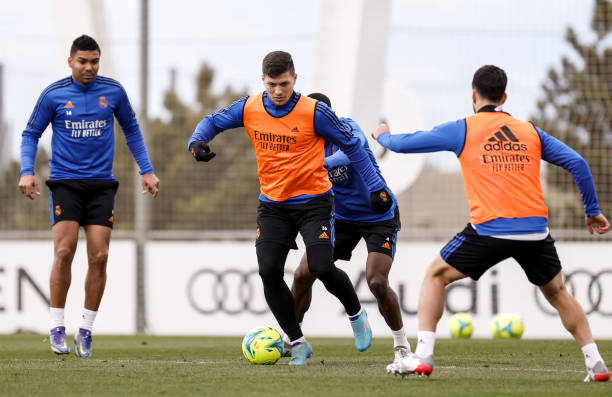 Jovic (centre) has trained plenty at Madrid, but not been trusted to lead their line regularly in Spain

Considering the financial outlay needed to prise him to Madrid in the first place, they’d be reluctant to sell for a reasonable price – so he wouldn’t come cheap.

Werner, similarly an exciting talent whose reputation grew exponentially at RB Leipzig, often looks bereft of ideas and can barely get regular minutes under Thomas Tuchel in west London.

But when you cause a leaguewide stir by activating a highly-rated player’s £49m release clause, you can’t exactly be open to selling him for less than that figure barely two years later.

Haller, discarded after an inconsistent 18 months at West Ham, is flourishing with others in Amsterdam and now two months away from lifting a league title for the first time in his career. 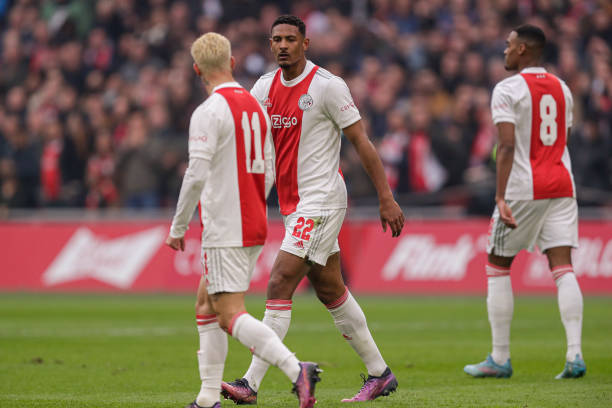 Haller (centre, no. 22) has been a striker reborn since his move to Ajax

Why would he willingly leave that environment, where the team actively plays to his strengths, to join Germany’s second best team in a division consistently dominated by the riches of one club?

RB Salzburg’s 20-year-old forward Karim Adeyemi, for what it’s worth, is said to have agreed personal terms on a five-year contract. But how much longer can they afford to haggle over a price before other, like Liverpool for example, gain renewed faith they can turn his head?

Adeyemi, who pulled out of Germany’s squad for friendlies against Israel (Mar. 26) and the Netherlands (Mar. 29) with a thigh problem, has 19 goals and four assists in 36 games this term.

Having just turned 20 in January, the forward (contract until 2024) appears to have the most upside out of all the aforementioned replacements. It’s part of the reason why Salzburg, who also sold them Haaland 26 months ago, have some negotiating power here and are aware.

After scoring 15 league goals last term, the Czech Republic international has become more of a bonafide creator this season: 12 assists, alongside nine goals in all competitions.

He scored against Brondby in the Europa League before Christmas, as well as the only goal over two legs as they crashed out of the Europa Conference League to Partizan Belgrade last month. 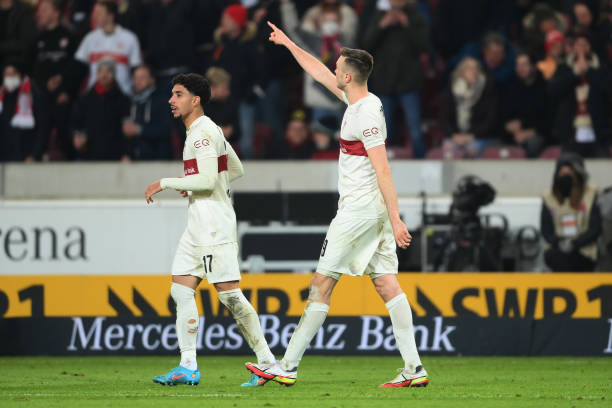 Sparta’s inconsistent form across all competitions this season has negatively impacted their ability to hold their own and outmanoevure tougher European opposition – Hlozek included.

Kalajdzic meanwhile, is now midway through his second full Bundesliga campaign with Stuttgart. After recovering from a serious shoulder injury, the 24-year-old has scored or assisted in four of their last five Bundesliga matches before this current international break.