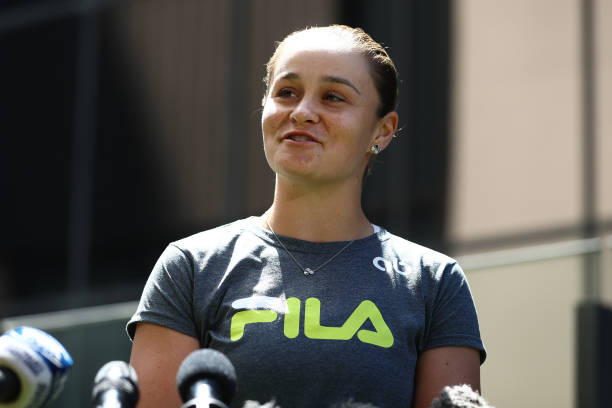 After sending the tennis world into shockwaves late on Tuesday by announcing her immediate retirement from the sport, world number one Ashleigh Barty fielded questions and was content discussing the decision alongside head coach Craig Tyzzer with assembled media reporters in a press conference today – just 53 days after cruising to a historic Australian Open triumph. 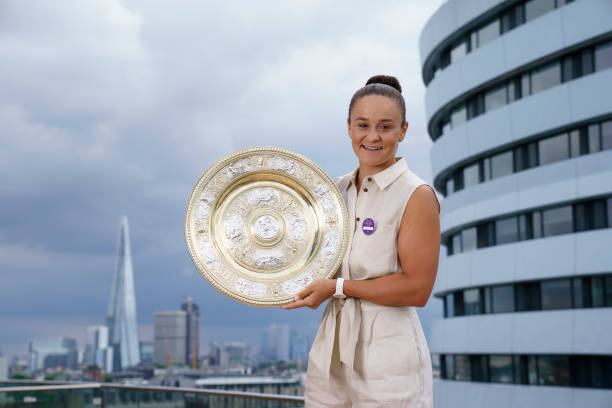 Barty, the reigning Wimbledon and Australian Open champion, refused to rule out a return to tennis in future during her press conference – but importantly stressed she’s content with the decision made, doing so on top of the world and without warning as far as most are concerned:

“We’d been in discussions since Wimbledon, my perspective changed a lot. It was a beautiful challenge trying to win the Australian Open – another goal of mine – to do that with my team was incredible. There’s no perfect time but this was mine, a great finish. That crowd was something I’d never played in-front of before, special to share that [experience] with them, brilliant way to finish.

I’m so lucky to get so much love and support in Australia, so many people have made it so fun, the public allowed me to be myself, make mistakes, be imperfect, made it enjoyable for all of us. I’m excited for what’s next, as Barty the person not the athlete. I hit 10 days ago so will be forever connected to the sport, just not doing it selfishly to progress my career.

I can’t wait to get out there and contribute in different ways for young boys and girls, teach my nieces and nephews, hope it brings them the same love it did me. I’ve always been a homebody, really excited to reacquaint myself with family, spend quality time, a new chapter for Garry [fiance] and I, a lot of fun.”

On whether she could take up a third sport with golf rumoured, having taken an indefinite break from the sport in late 2014 to play cricket:

“I love sport, glued to it, always been an athlete in trying different things… we’ll see.”

As mentioned earlier, Swiatek (#2) will shoot up to world no. 1 by default so long as she beats Switzerland’s Viktorija Golubic in R2 of this week’s Miami Open. Barty has been effusive in her praise for the Pole, as the pair were friendly on tour, played a lot in practice and competition.

It's still a little bit surreal to me… @ashbarty thank you for what you've done for our sport, for every time we practiced together and played against each other – it was always a challenge in the best way possible. I hope you'll enjoy every second in this new chapter Champ. 💛 pic.twitter.com/iZ6ZGlaEuz

The 20-year-old, currently enjoying an 11-match winning streak at the time of writing, has only suffered three defeats in 2022: Jelena Ostapenko in Doha last month, Barty in Adelaide and Danielle Collins, who also turned out to be the three-time Major champion’s final opponent.

2021 French Open titlist and current world no. 3 Barbora Krejcikova isn’t in action this week, while Paula Badosa – who clinched the Indian Wells crown in October – needs to win Miami to stand any chance of becoming the first Spaniard since Garbine Muguruza to reach top spot.

“I could tell after the Olympics that she was pretty spent. This isn’t a shock for me, she does her own thing, don’t think there’s anything left in the tank for her,” – Barty’s coach Tyzzer said during his part of the aforementioned presser

Ash, what can I say, you know I have tears right? My friend, I will miss you on tour. You were different, and special, and we shared some amazing moments. What's next for you? Grand Slam champion in golf?! Be happy and enjoy your life to the max xo Simo@ashbarty pic.twitter.com/WbX7kXnJ1l

. @ashbarty you are a true inspiration. You will be missed on tour ❤️ A true legend🙏 I wish you all the best for what’s coming next.

@ashbarty I can’t lie I was sad to read your decision but also happy for your new chapter. Always your fan close up and afar. Sending all my love

You will be missed, @AshBarty! You gave all your heart to our sport and inspired so many along your journey.❤️You’re stepping away from tennis as a true champion and on your own terms, simply following your own path, as you always have.Keep chasing your dreams, I know you will ✊🏻 pic.twitter.com/DVEUcpcvKf

Related reading
Guardian: Ash Barty built a near-perfect game but never lost sight of the No 1 priority: herself
The Times: Barty’s bolt from blue brings tears in the locker room
New York Times: Despite the trend in sports, don’t expect Ashleigh Barty to un-retire