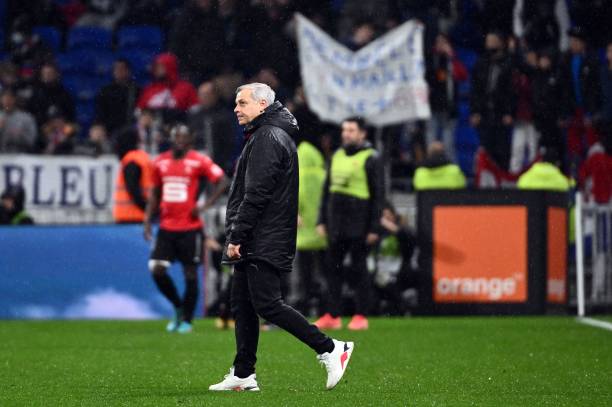 Bruno Genesio is attracting interest across Europe – three Premier League sides, two in La Liga and Saudi Arabia’s Al-Hilal too. Although his current Rennes deal expires in June 2023, could speculation around his future speed up an exit or extension, having just been appointed their head coach last year? With managerial movement aplenty expected this summer, we’ll see. 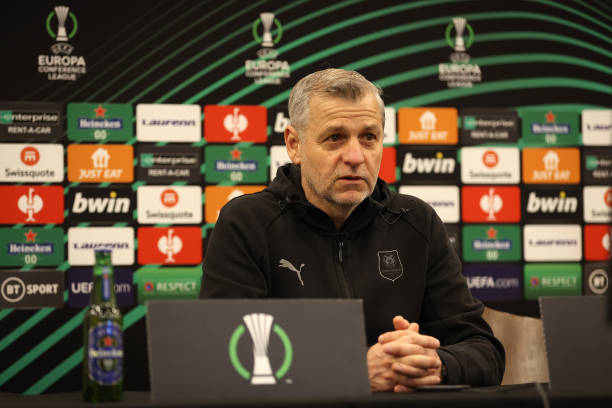 Per a report by RMC Sport earlier today (h/t: GFFN), Rennes boss Bruno Genesio’s situation is being heavily monitored by a number of European clubs seeking stability and improvement alike – as well as one in Saudi Arabia – having witnessed his excellent year upon returning to France.

The 55-year-old, who spent three-and-a-half seasons (2015-19) in charge at Lyon, returned from a stint in China with Beijing Guoan and has Les Rouge et Noir playing with attacking verve.

A point behind Jorge Sampaoli’s Marseille in second, a consistent finish to the campaign will see Stade Rennais secure their best-ever finish to a Ligue 1 season – having finished in the division’s final Champions League qualification spot during the pandemic-impacted 2019-20 season.

Unlike that year, where they netted a modest 38 goals in 28 games, they now boast a league-high 63 in 29 matches so far this term after easing to an eventual 6-1 thrashing vs. Metz on March 20.

Experienced midfielder Benjamin Bourigeaud is enjoying his most productive season (seven assists, 13 assists in all comps), while Croatian playmaker Lovro Majer (eight goals, 13 assists) has taken to France like a duck to water after a £10.4m move from Dinamo Zagreb last summer.

At the top of the pitch, Gaetan Laborde is on course for the best goalscoring season of his career while winger Martin Terrier, who played 42 games under Genesio’s guidance at Lyon in 2018-19, has been more productive with a familiar face in Rennes after a £10.7m move this time around.

Genesio is said to be settled in Brittany, unsurprisingly so, while this speculation strengthens his own position surrounding improved terms of a proposed contract extension. Especially when you consider the European clubs reportedly interested in him aren’t exactly clear improvements. 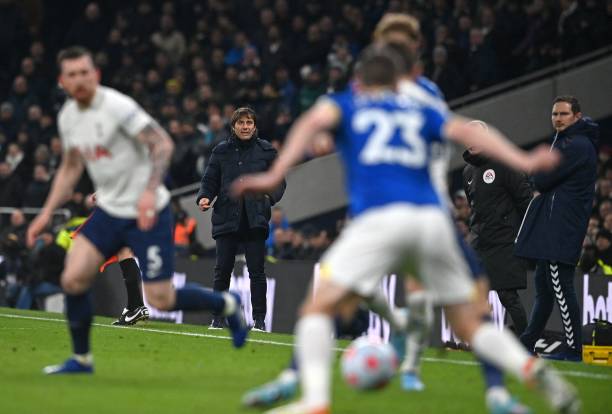 Conte and Lampard could both depart their respective PL sides this summer, for different reasons

Tottenham remain in a state of flux with Antonio Conte, whose high standards appear to be best suited elsewhere. Unless the link is outdated, Wolves is a more surprising club linked, given the encouraging work Bruno Lage has produced since succeeding Nuno Espirito Santo last summer.

Everton much less so, because they remain in relegation trouble and Frank Lampard’s appointment on January 31 has yielded just two victories from seven league matches.

Imanol has served Real Sociedad well since taking charge in 2018, but they were bested over two legs by RB Leipzig and look unlikely to improve upon last season’s fifth-placed La Liga finish.

Considering the quality within their ranks, as well as how unpredictably Spain’s top-flight has proven this year, perhaps they feel Genesio would help them considerably in a creative sense.

Valencia, poised for another mid-table finish, are in a similar boat despite their recent five-match unbeaten streak. No European football hasn’t helped them return to their former glories either.